America's descent into a world of madness: The nihilistic philosophy guiding us into the future

As technology transforms both society and war, what hidden costs are we overlooking? What are we really giving up? 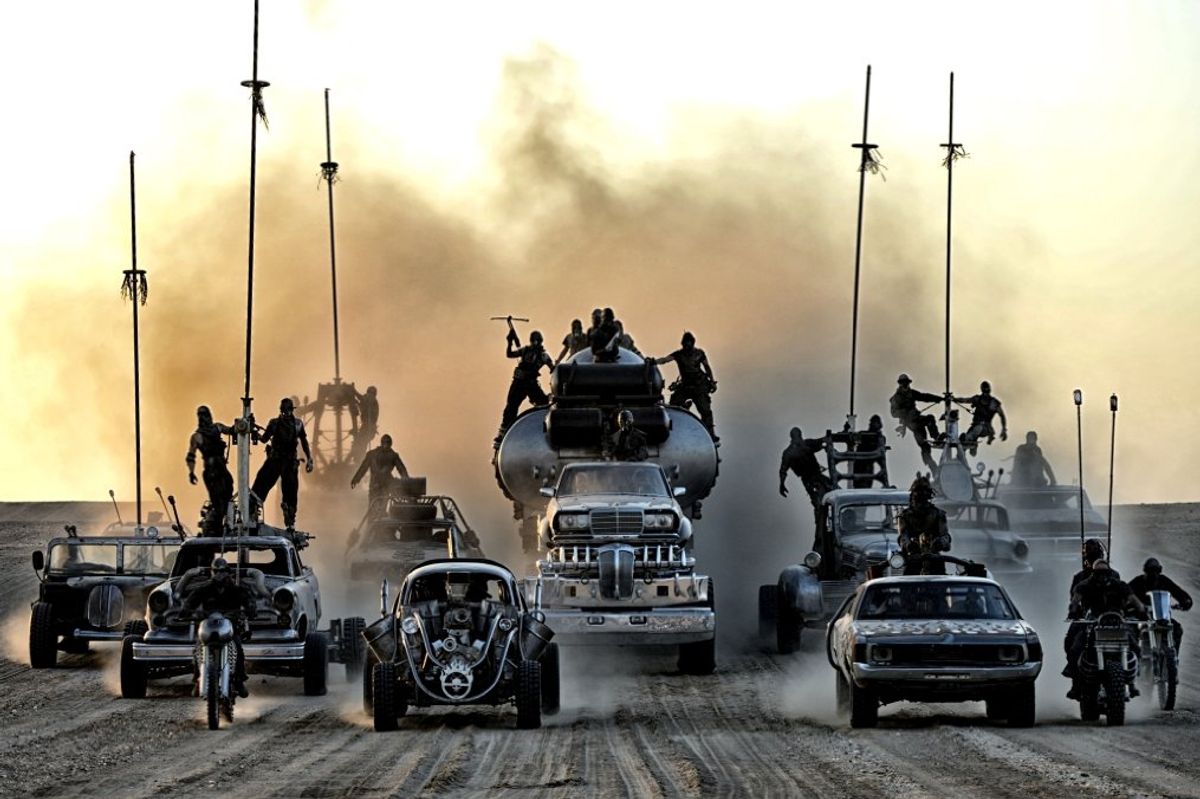 “I no longer love blue skies. In fact, I now prefer grey skies. The drones do not fly when the skies are grey,” said 13-year-old Zubair, a Pakistani child, during a 2013 congressional hearing on drone strikes in his country. “When sky brightens, drones return and we live in fear.”

It’s a particular sort of tragedy for children to fear the blue sky, but that’s what President Obama’s drone strikes have created in Pakistan as the president by 2012 had already authorized six times as many drone bombings as President Bush had signed off on during his two terms.

Another 13-year-old child, a Yemeni boy now dead after a U.S. drone strike, told The Guardian before his death about the collective trauma of his friends. “We even dream of [drones] in our sleep,” he said. “A lot of the kids in this area wake up from sleeping because of nightmares from them and some now have mental problems.”

Flying at tens of thousands of feet in the air, drones are invisible from the ground and turn the blue sky into one vast unblinking eye, like the eye of a wrathful, capricious God. The strikes are argued to be more surgical and effective by proponents of the technology, and the benefit of keeping soldiers out of the battlefield is attractive to a war-weary nation. It’s out of sight, out of mind for most Americans, but while it’s out of sight for Pakistanis and Yemenis, the drones fill their minds with a particular dread, a nightmare in broad day.

Obama seems to prefer a high-tech, “smart” war. He deliberates more than his predecessor’s team of neocons--he’s not a “Shock and Awe” guy. We can out-tech the enemy, says Obama’s Pentagon, not simply overpower them. It’s cheaper, it’s “cleaner,” and it’s largely invisible, both to its victims and to U.S. citizens.

The invisible gaze of the government watches here on American soil, too, though. Very fittingly, Obama this week chose the singular surveillance state of Camden, NJ, as a backdrop for his announcement of a ban on certain military-grade equipment used by American police forces. Many Americans recoiled at scenes in Baltimore, and Fergusson before, that looked to approach, if not cross, the line of American civility demarcated by the Posse Comitatus Act. (What is the difference between a soldier in an MRAP and an equally armed policeman in an MRAP?)

After a convulsion of post-industrial austerity in Camden almost halved its police force overnight in 2011, the city moved toward an intense surveillance model, under which nearly every square foot of the crime-ridden city can be seen and heard by what Rolling Stone’s Matt Taibbi, who embedded with Camden PD, describes as a “Star Trek-ish bridge of giant screen displays” in the “metaphorical Green Zone that is police headquarters.”

Taibbi describes the incredible extent of surveillance in Camden:

“One hundred and twenty-one cameras cover virtually every inch of sidewalk here, cameras that can spot a stash in a discarded pack of Newports from blocks away. Police have a giant 30-foot mobile crane called SkyPatrol they can park in a neighborhood and essentially throw a net over six square blocks; the ungainly Japanese-robot-style device can read the heat signature of a dealer with a gun sitting in total darkness. There are 35 microphones planted around the city that can instantly detect the exact location of a gunshot down to a few meters (and just as instantly train cameras on escape routes). Planted on the backs of a fleet of new cruisers are Minority Report-style scanners that read license plates and automatically generate warning letters to send to your mom in the suburbs if you've been spotted taking the Volvo registered in her name to score a bag of Black Magic on 7th and Vine.”

Like citizens of the Middle East subjected to the all-seeing eye of the U.S. government, citizens of Camden can feel as though their every move is watched. Being spotted doing something illegal, or suspected of which, brings a drone-like sudden materialization of cops, as though out of thin air.

Taibbi explains that citizens “have even begun to ascribe to the police powers they don't actually have.” He spoke to a resident of Camden who’d heard the rumor that the police have facial-recognition scanners on their cars “so that when you go by 'em, they see if you are wanted for anything," the resident imagined.

The surveillance regime has begun to fulfill the foresight of postmodern philosopher Michel Foucault, who theorized about the internalization of state discipline in a future era of constant surveillance. In his landmark 1975 Discipline and Punish, he described a dystopian circumstance wherein the individual “must never know whether he is being looked at at any one moment; but he must be sure that he may always be so.” Camden’s citizens who imagine greater powers of surveillance and invasive knowledge are Foucauldian subjects come to life off of his pages.

Last year, Camden embarked further into Foucauldian territory when it began enlisting citizens to help monitor the matrix of cameras. Such a surveillance regime is “destined to spread throughout the social body,” Foucault predicted, “since we are part of its mechanism.” Citizens are now invited to surveil each other, becoming at once both police and potential suspect.

The drone surveillance and attacks in the Middle East have been criticized lately after the public learned of so-called “signature strikes,” drone bombings on targets that simply bear the mark of suspicion. A senior State Department official joked to the New York Times that the CIA had gotten so lax and trigger-happy that “three guys doing jumping jacks” was enough to mark them for summary execution from an invisible robot in the sky. The Intercept’s Glenn Greenwald and Jeremy Scahill reported last year that the presence of an alleged terrorist’s cell phone’s SIM card is enough to assign an enemy signature and make its geolocation a target, whether or not the phone is on the person of the suspected terrorist.

But there are criminal signatures, too. Is that citizen merely walking around his block or is he casing a place? Is he tucking his shirt back in or stuffing a gun into his pants waist? Associating with family and friends who have criminal records or are involved currently in illegal activity can assign guilt to the innocent. With essentially random citizens enlisted to monitor the ubiquitous cameras, what sort of biases and ignorances might pique the suspicion of untrained monitors? You don’t need now-banned .50 cal guns and grenade launchers for a tactical strike on a house suspected of containing a suspected criminal. A single 9 mm round is enough to end someone’s life. Add in the fears and biases of the striking cops and suddenly innocent people are dead or injured because someone’s behavior appeared criminal.

And thus might we see Foucauldian internalizations of suspicion. “Am I acting guiltily?” people might wonder. How long am I allowed to stand on this corner and wait on my ride before I look like a criminal? Who can I talk to? How many black men congregated is too many? Should I walk around my block for exercise in the evening or will that look funny? Can I hang out with my brother, despite his illicit occupation? Am I unwittingly building a criminal "signature" and will the invisible eyes and ears of the state make their calculations and strike me? And will I then be able to convince the suddenly materialized armed phalanx of my innocence before harm comes to me?

Middle Easterners may not see tanks and Army airborne units, just like military-grade .50 cal rounds are no longer permitted by domestic police forces, but death is still the purview of the State, and the ubiquity of the State’s gaze inserts that power, and fear of that power, into places hitherto free of it. Those living in fear of police power have no quarter, nearly no place live without that fear. Freddie Gray felt that gaze and acted “suspiciously,” and now he is dead. What happens when the gaze is everywhere?