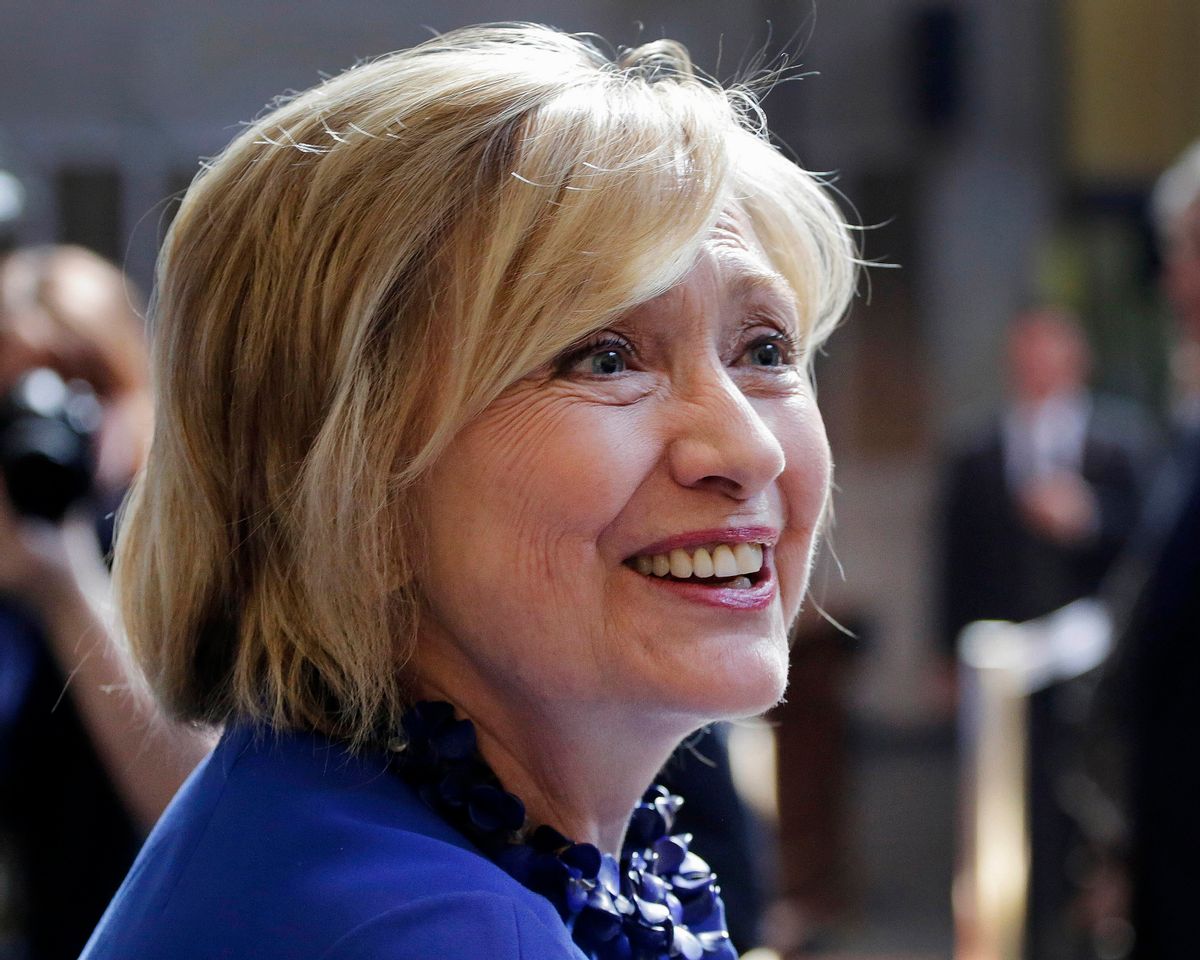 Hillary Clinton appeared on the cover of Vogue in 1998. Apparently, this means women's magazines -- and their tens of millions of readers -- are necessarily gunning for her.

That is, according to Fox News and Politico, both of which opined this week that the most powerful names in women's media are "in the tank" for Clinton, based primarily on the candidate's appearances on past magazine covers, but not so much on current coverage. According to conservative radio host Laura Ingraham, who appeared on "Fox & Friends" on Tuesday, women's publications' ostensible support for Clinton is more than just another sign of the liberal media rallying around the left-leaning candidate -- it's a carefully crafted strategy the campaign has enacted.

"It’s really smart for Hillary and Bill and Michelle and Barack to cultivate these other cultural barometers," Ingraham said. "They happen to be dominated by liberals. Conservatives don’t have a counterweight to that. They don’t have their own version of Vogue." (They do, however, have Fox News, but that's a different story.)

The pundit also added that she "wouldn’t be surprised if children’s shows had a Hillary push," which in itself shouldn't be surprising. Equating kids' programming with media that is overwhelmingly produced by women, for women, with an emphasis on issues that affect women, speaks to the sort of patronizing approach Ingraham and others are wont to take when it comes to gender and politics -- and it betrays a belief that women will do whatever Elle or Glamour tells them to, because women are incapable of making up their own minds.

Politico surmises that women's mags are "in the tank" for Clinton based on their support for a specific set of issues on which -- yes -- Clinton happens to have a better record than Republican presidential hopefuls. But the analysis overlooks a reality with which the heads of Cosmopolitan and Marie Claire, for instance, have already been grappling for some time: To endorse certain policies is not to endorse the candidate who also supports them. It is, in the case of women's magazines, to know the audience -- and to suggest otherwise is condescending.

As Politico notes, Cosmo editor-in-chief Joanna Coles has remained cognizant of the relationship between highlighting issues and endorsing candidates, and made clear what that means for the magazine and for readers:

Coles, whose recent issue includes a feature on female senators, has been perhaps the most vocal about only backing candidates who are abortion-rights supporters and favor equal pay and mandatory insurance coverage for contraception. But she was actually a bit more subdued about Clinton, saying that while “there’s a lot of excitement” about the former secretary of state among Cosmo readers, there’s also some anxiety over her perceived inevitability.

“It’s incredibly interesting to us watching the first female presidential candidate with a real shot,” Coles said in an interview. “I don’t think we think that differently from rest of media on this, but the fact she has been the first women running as president really seriously with a serious shot is very interesting, as a moment of history.”

It is not a sign that one has become a lemming-like heap of garbage when one actively remains attentive to the facts that 1) it is objectively of historical interest that Clinton stands a serious shot of becoming the first female president and 2) several candidates running for president are openly hostile toward the issues that women's magazines know their readers care about. (These are issues that, one can assume, have shown up again and again in the reviews of site traffic and readership that dominate most media organizations, whether their audiences include tens of millions of people or not).

Rather, it's an indication that these publications might actually understand that some voters outline certain issues that are important to them, that they have more than one immutable belief over which they cast their ballots, and that they vote for candidates who align with their views.

That's an idealistic way of interpreting the actions of media organizations that are, ultimately, businesses, so maybe let's just stick with this: The major women's publications that are allegedly already "in the tank" for Hillary Clinton have not endorsed Hillary Clinton. Some of them have taken a serious turn toward election coverage in recent cycles, and have outlined agendas that are political, if not partisan -- and they've also never pretended not to have those agendas at all.

There is still a difference between gunning for an issue and gunning for a candidate or party, despite the overwhelming polarization of American politics. The blurred lines conservatives are already starting to see speaks more to the problem Coles noted -- the perceived inevitability of Clinton winning the Democratic nomination, and possibly the election -- than to a concerted effort on the part of Anna Wintour and other editors to get Hillary to the White House. It seems more like an effort to inform the majority of readers about the way the political process does affect their lives -- and how much power they have in shaping it.