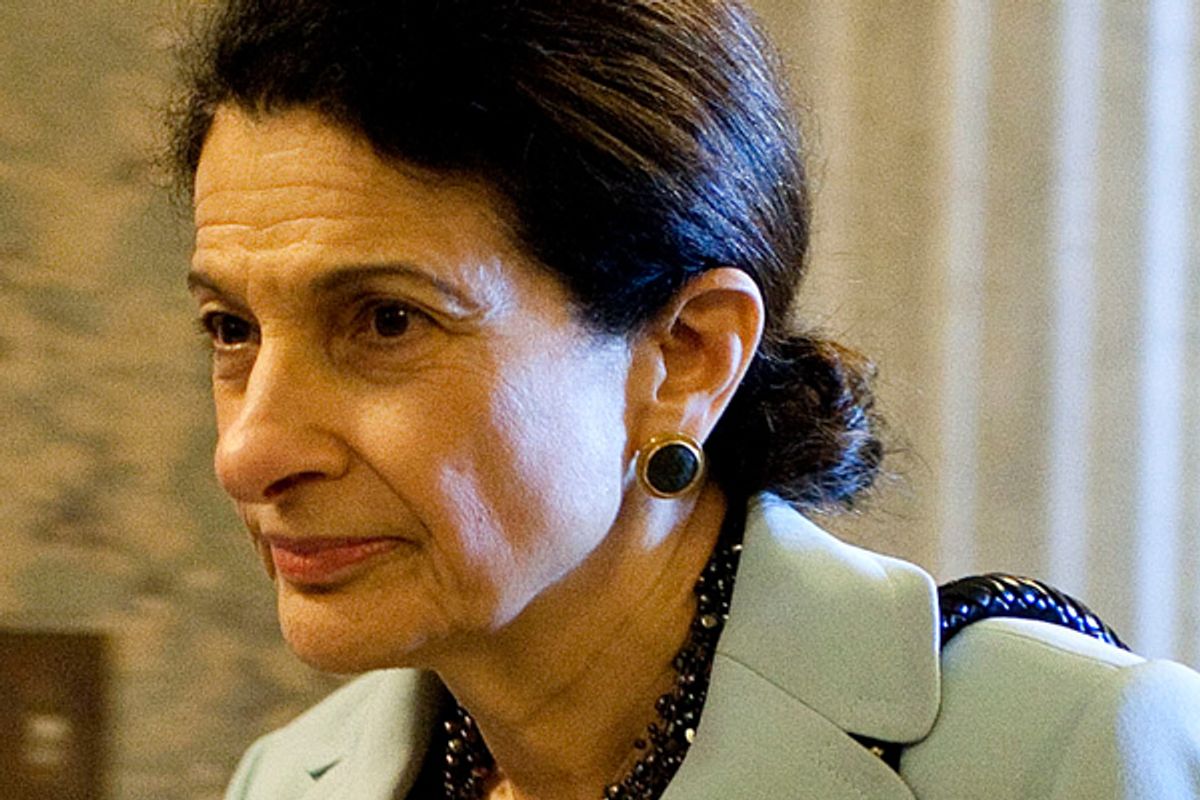 At the center of King v. Burwell, the Supreme Court case that threatens to invalidate Obamacare health insurance subsidies in the majority of states, is a flagrant lie. The people who dreamed up the legal challenge to the Affordable Care Act argue that a single four-word phrase in the law’s text prevents the federal government from providing those subsidies to states that refused to set up their own health insurance exchanges. They also contend that Congress intended to draft the law this way, claiming that the provision served as a sort of incentive for states to build those exchanges. They don’t have much evidence to back up this gross rewriting of Obamacare’s history, but that’s the story they’re going with.

And it’s a story that’s become very popular with Republican members of Congress. With the King case posing a real danger to the health and well-being of the hated health reform law, many Republican legislators have lately come to the realization that of course the people who drafted the ACA obviously never wanted those subsidies to go to everyone. A few months ago, in a speech backing the King plaintiffs’ argument, Sen. Orrin Hatch (R-UT) said “the incentive for states to act… could not be more clear.” As Hatch put it: “Obamacare’s proponents quite reasonably thought this would lead states to set up exchanges, and would thus accomplish the same result—creation of state-run exchanges—that Congress could not achieve through direct command.”

In an interview earlier this year, Sen. John Barrasso (R-WY) made a similar argument. “A reading of the law is very clear,” Barrasso said. “Subsidies through state exchanges were supposed to be there for people. But if a state chose not to set up a state exchange, people from those states were not supposed to get subsidies.”

The Democrats who actually drafted and wrote the bill say this is all nonsense and that the entire case rests on a deliberate misreading of imprecise legislative language. But that’s exactly what they would say, right? Well, the New York Times interviewed the legislators and staffers who wrote the bill, and they – Republican and Democrat alike – all say that the King case rests on a legislative hiccup, and that Congress very much intended for the law’s subsidies to be universal.

Notably, former Republican senator Olympia Snowe is among those swatting down the idea that Congress meant to withhold subsidies from certain states:

“I don’t ever recall any distinction between federal and state exchanges in terms of availability of subsidies,” said Olympia J. Snowe, a former Republican senator from Maine who helped write the Finance Committee version of the bill.

“It was never part of our conversations at any point,” said Ms. Snowe, who voted against the final version of the Senate bill. “Why would we have wanted to deny people subsidies? It was not their fault if their state did not set up an exchange.” The four words, she said, were perhaps “inadvertent language,” adding, “I don’t know how else to explain it.”

So here we have one former Republican senator saying that several current Republican senators are, to put it plainly, lying. The Times also quoted lawyers who worked for Republicans on the relevant committees, as well as the former director of the Congressional Budget Office, all of whom said the same thing: there was no discussion of treating the exchanges differently, doing so would have been completely at odds with the obvious intent of the legislation, and this whole thing is based on an obvious oversight.

This isn’t an issue in which we have to go back and divine the original intent of the people involved. The law passed five years ago. We can just ask them. And the answers pose a big difficulty for the Republican lawmakers and other supporters of the plaintiffs in King v. Burwell who would very much like to see the Obamacare go down by whatever means possible. “Blow a giant hole in the law and strip health coverage from millions because of a minor drafting error” is not a compelling argument politically, but it’s their best hope for quickly achieving their policy goal of damaging the ACA. To make it seem as though they’re not crassly exploiting what amounts to a typo, they flip logic on its head and claim that their position is what was always intended, and the White House is violating the law by not adhering to it.

It’s brazen and preposterous and there’s nothing in the short lifespan of the ACA to back it up. But they’re gambling, and not without some hope, that five Supreme Court justices will join them in rewriting very recent history.