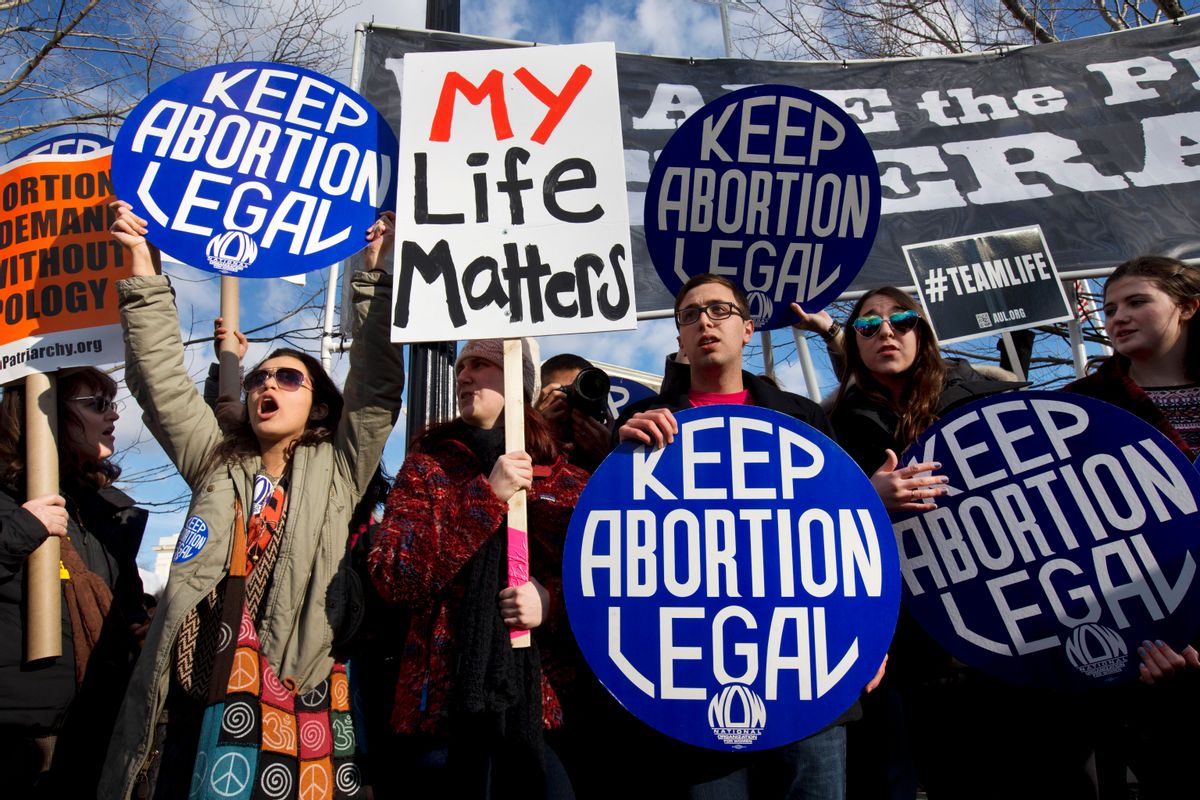 The California Assembly voted on Tuesday to enact a law that will require crisis pregnancy centers to stop actively misleading women.

AB 775, also known as the FACT Act, will make it more difficult for CPCs to use traditional tactics (such as straight-up lying) to prevent women from terminating their pregnancies, by requiring centers that do not have medical licenses to disclose that they do not have medical licenses. The law, which was passed by the Assembly in a 49-26 vote, also requires that licensed medical facilities alert clients to all options related to pregnancy, including abortion.

The California bill would require pregnancy centers that are licensed as clinics to notify patients that the state has programs that offer free or affordable abortion services, as well as help with family planning and prenatal care, according to [AB 775 co-author Assemblywoman Autumn] Burke's office.

California has about 200 so-called crisis pregnancy centers, which may be licensed as clinics or unlicensed. All generally steer women away from abortion, Ruff said.

Recently released results of a yearlong NARAL investigation of California's crisis pregnancy centers show that facilities routinely and purposely lie to clients about their pregnancy options, peddling misinformation at great risk to women's health. The FACT Act, which now heads to the California Senate, would require that non-medical facilities make clear they cannot provide medical counseling, and help women learn about all options -- whether they decide to terminate their pregnancies or not.