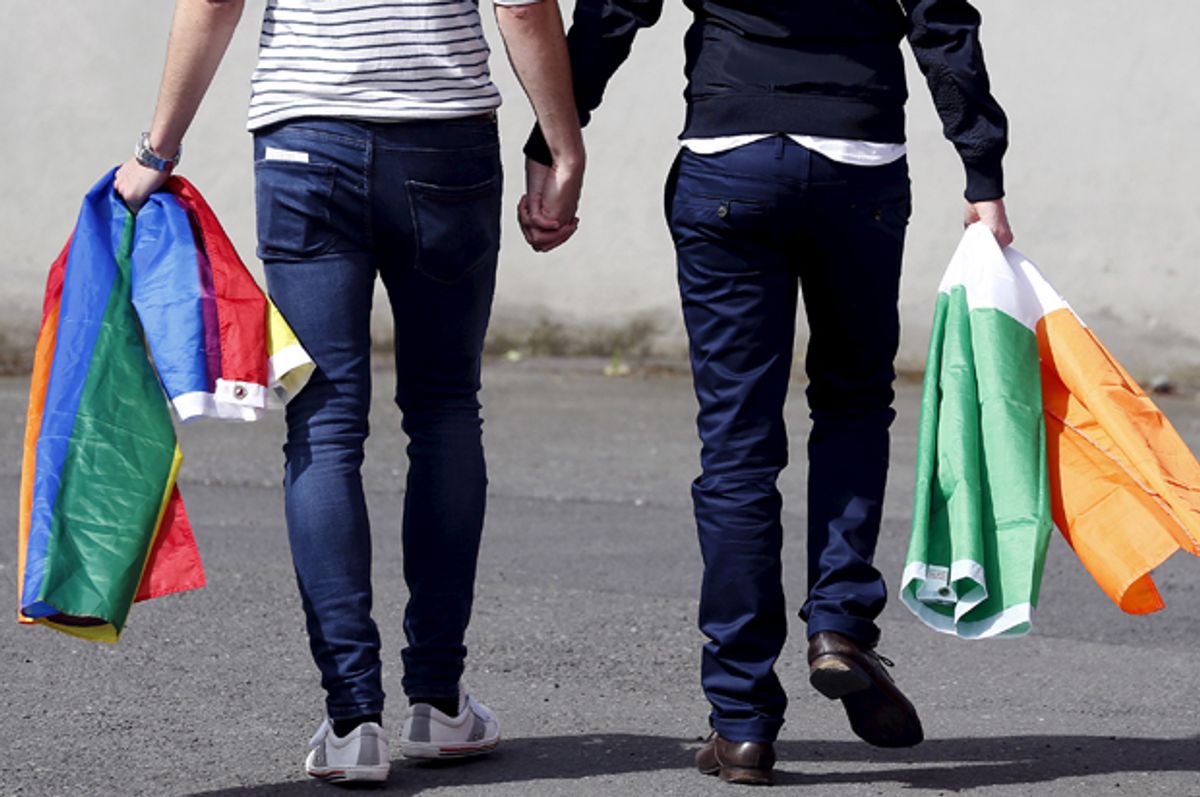 With every great stride toward LGBTQ marriage quality, comes an extremist theory on the downfall of society as we know it -- a constant we should regard by now like the Northern Star. Which is why it shouldn't come as a surprise that in Ireland, where a historic landslide vote last week ruled in favor of marriage equality, residents are already predicting an anti-sodomitic asteroid in retribution for this marriage vote.

It's a refreshing shake-up from the tired theories of gay marriage being a gateway to bestiality and pedophilia, to be glass half-full about it.

Support for marriage equality is widespread in the southern city of Cork, but that didn't stop one angry Bible literalist named Jim from calling into a Cork-area radio show and predicting the "end of an era" via a God-sent asteroid.

(If his theory is correct, then God has definitely been sending some mixed messages; last Friday double rainbows were spotted in Dublin coinciding with the passed referendum. Makes you think!)

Jim told Cork's 96FM listeners that Satan was behind Ireland's yes-vote, before warning that Dublin is on the fast track to becoming the next "Sodom and Gomorrah" tragedy.

"The victory of the yes-side in the same-sex referendum was not the people's victory, it was Satan's victory," Jim said. "God gave us a test, a chance to show the world we belong to him before he corrects the world, probably before the end of the year."

The caller went on to offer up some weirdly specific details to back up his theory, explaining that God will "correct" this sodomy by wiping out 40 million people -- "three-quarters of the world's population." Expected date? TBD.

Reminding the caller of the humanity at the core of the discussion, radio host Deirdre O'Shaughnessy asked him point-blank: "Are we not allowed to experience the love of other people, Jim? Even if that might be from another person of the same sex?"

"I don't quite get what you mean," he responded after an extended pause.

Listen to the call-in below: