Howard Kurtz, sad Fox News suck-up: Ann Coulter was right not to hug Hispanic activist -- It was "a trap" 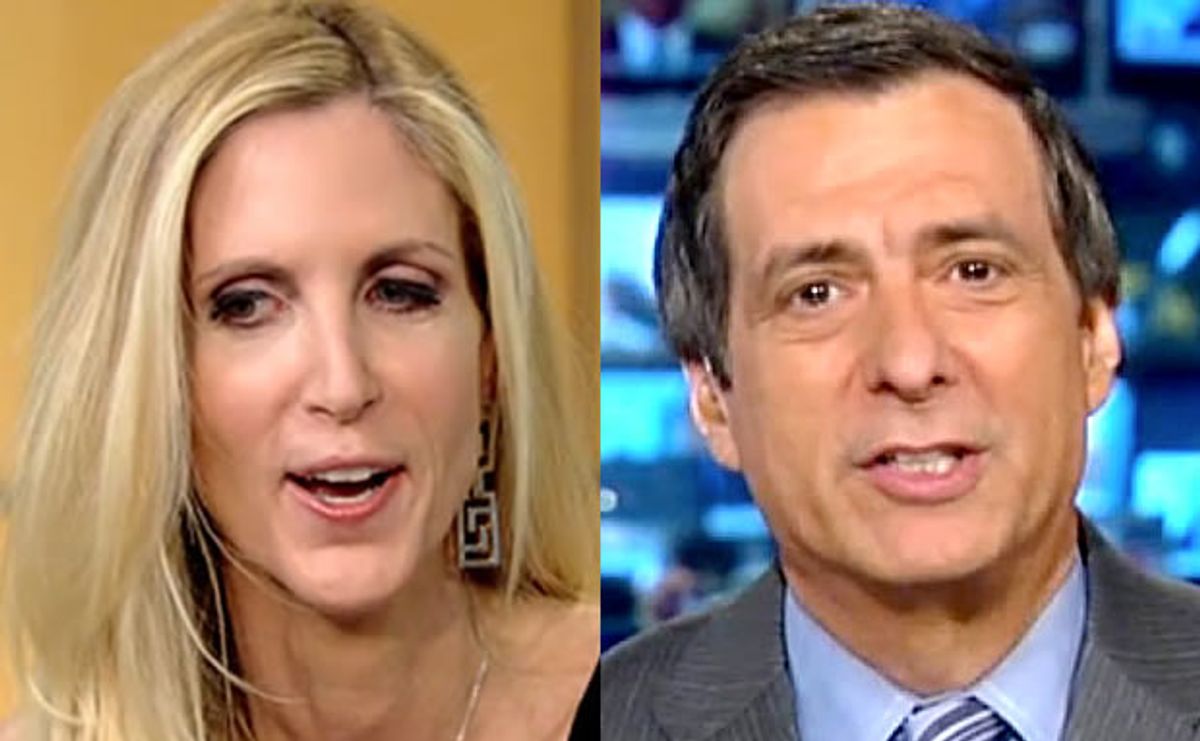 "Coulter was smart not to fall into this activist's trap," Kurtz said. "The woman was obviously trying to create an embarrassing moment for Ann and have an image that would go viral."

Kelly agreed that "it did seem like a trap, and when you're on television, everything feels magnified and you have to be aware when someone's trying to bait you into something you don't want to be involved in." And Kelly would know, as she spent the previous evening attempting to exactly that to Kentucky Senator Rand Paul.

"This was a clear case of baiting," Kurtz replied, adding that "her defiant anti-hug stance was the right one." He also noted that all this attention from this "manufactured moment" only helps her sell more copies of "Adios, America," the book whose publicity tour took her to Fusion's "America with Jorge Ramos" in the first place.

Given Coulter's "genius for publicity," Kurtz said, she should probably send Pacheco flowers for creating this viral moment, because Coulter didn't "have to do anything but politely decline."

Watch the entire exchange via Mediaite below.