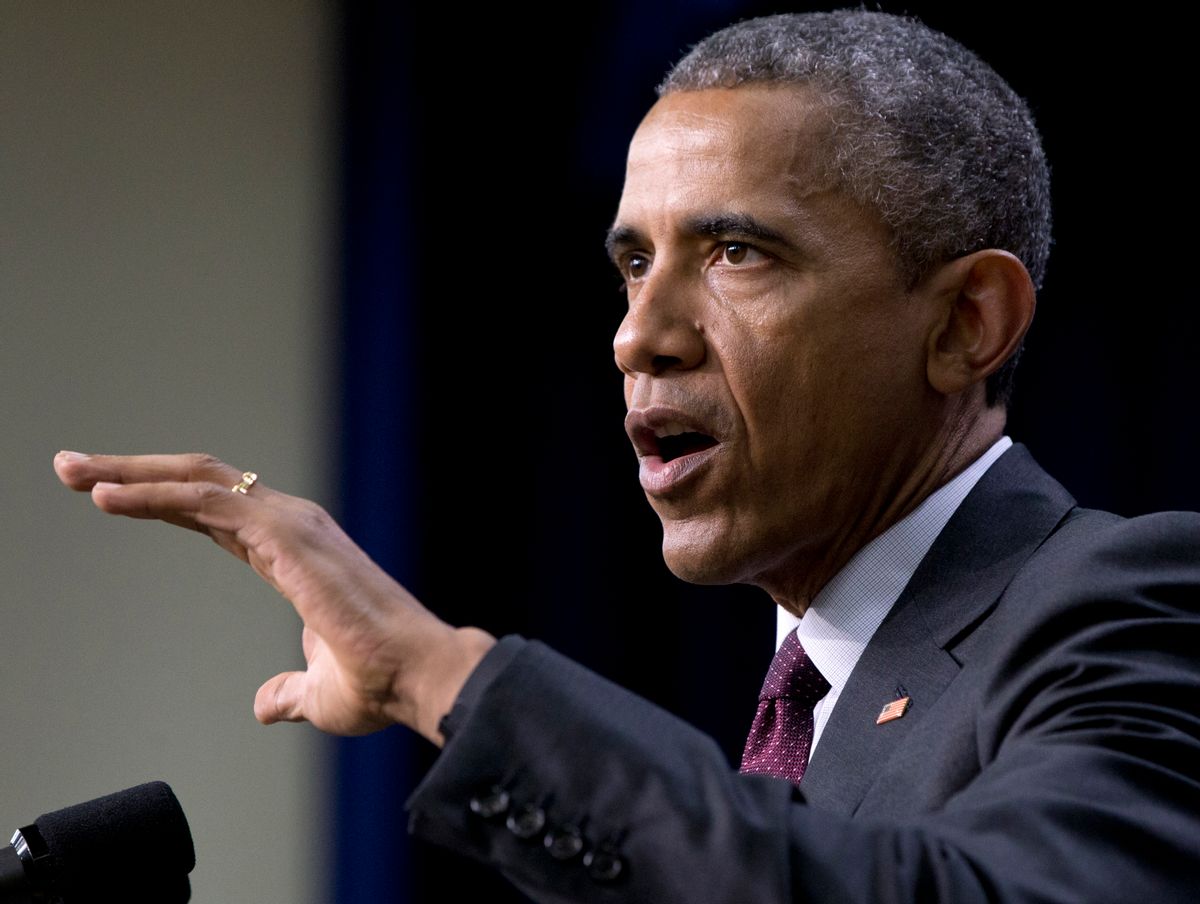 President Obama headed down to Miami Thursday, where he visited the National Hurricane Center, did some science and issued a stern warning about the risks climate change poses -- to the low-lying coastal city, especially.

“The best climate scientists in the world are telling us that extreme weather events like hurricanes are likely to become more powerful," Obama said, according to the Hill. "When you combine stronger storms with rising seas, that’s a recipe for more devastating floods."

He pointed, as an example, to the storm that ravaged New York City in 2012. “Climate change didn’t cause Hurricane Sandy, but it might have made it stronger,” he said. “The fact that the sea level in New York Harbor is about a foot higher than a century ago certainly made the storm surge worse.”

One analysis, in fact, found that an 8 inch rise in sea level at the lower tip of Manhattan increased the damages wrought by Sandy, which is considered to be the United States' second-costliest hurricane after Katrina, by 30 percent, or about $8 billion. Experts also point to the increased frequency and intensity of rainfall and winds, another consequence of climate change, as factors that can increase hurricanes' power to wreak havoc in the future.

The National Oceanic and Atmospheric Administration (NOAA) is forecasting a below-average hurricane season for 2015: it's anticipating six to 11 tropical storms, of which three to six may become hurricanes and zero to two may become "major storm events." That's mainly due to a strengthening El Niño, which brings strong winds of the type that tend to break hurricanes apart as they're forming. But, experts stress, that doesn't mean there isn't a risk -- particularly given the effect rising sea levels have on storm surges.

“These numbers are below average for hurricane season, but below average doesn’t mean no pitches get thrown our way,” said NOAA administrator Kathryn Sullivan, according to Climate Progress. “No matter how many pitches Mother Nature throws at us, if just one of those pitches gets through the strike zone we could be in trouble.”

The president was less emphatic, however, about what's becoming, for his climate record, the enormous elephant in the room: the fact that the best climate scientists in the world are also saying that in order to avoid catastrophic climate change of the type he's increasingly warning against, most of the world's remaining fossil fuel reserves -- including all of the oil and gas in the Arctic -- must remain in the ground. Instead, he defended his decision to allow Shell to drill in the Arctic, arguing that it was going to happen one way or another.

Given that, the country would do well to heed his suggestion that we focus our resources on "becoming more resilient to the impacts of a changing climate that are having significant effects on both the pace and intensity of some of these storms."