Hastert allegedly agreed to pay over $3.5 million to an anonymous individual to "conceal his prior misconduct" 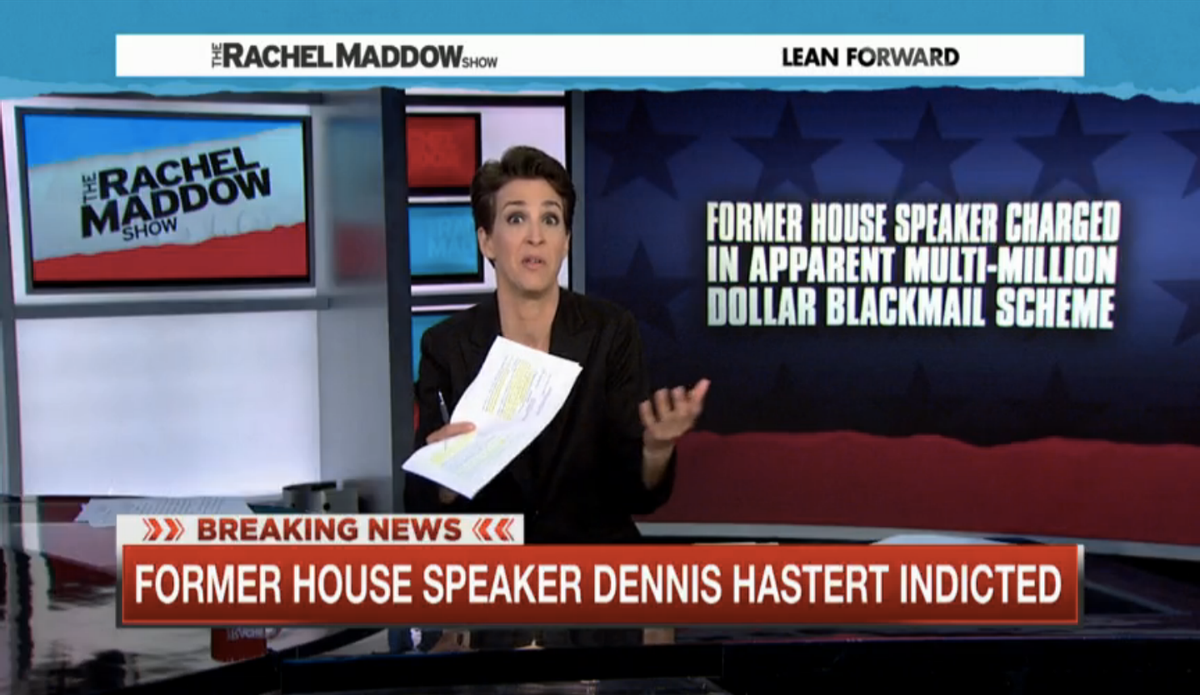 In 1999, after Rep. Newt Gingrich stepped down from his post as Speaker of the House, Republicans elevated the relatively obscure Dennis Hastert -- an Illinois representative picked for his "clean-as-a-whistle" record. He later served until 2007, making him the longest-serving Republican speaker in American history. It turns out, however, that Hastert's record wasn't so clean.

On Thursday, he was indicted "with one count each of structuring currency transactions to evade currency transaction reports and making false statements to the FBI," according to NBC News. In other words, he agreed to pay an anonymous guy in Yorkville over $3.5 million to "compensate for and conceal his prior misconduct."

On yesterday evening's "Rachel Maddow Show," Maddow explained that the indictment doesn't actually provide all that much insight about what went on:

What we get, in terms of the details, is a point-by-point breakdown of how the cash moved, of how the former speaker went on to make, allegedly, huge cash payments to this unnamed person in amounts up to $100,000 at a time...

Hastert apparently snuck around financial laws to avoid being questioned by his bank, making the whole arrangement even sketchier than it already was. If that wasn't sketchy enough for you, watch this C-SPAN clip in which a guy claims to be the Yorkville shadow figure.