Twitter trolls, your days are numbered: The Department of Justice is finally taking online harassment like #Gamergate seriously 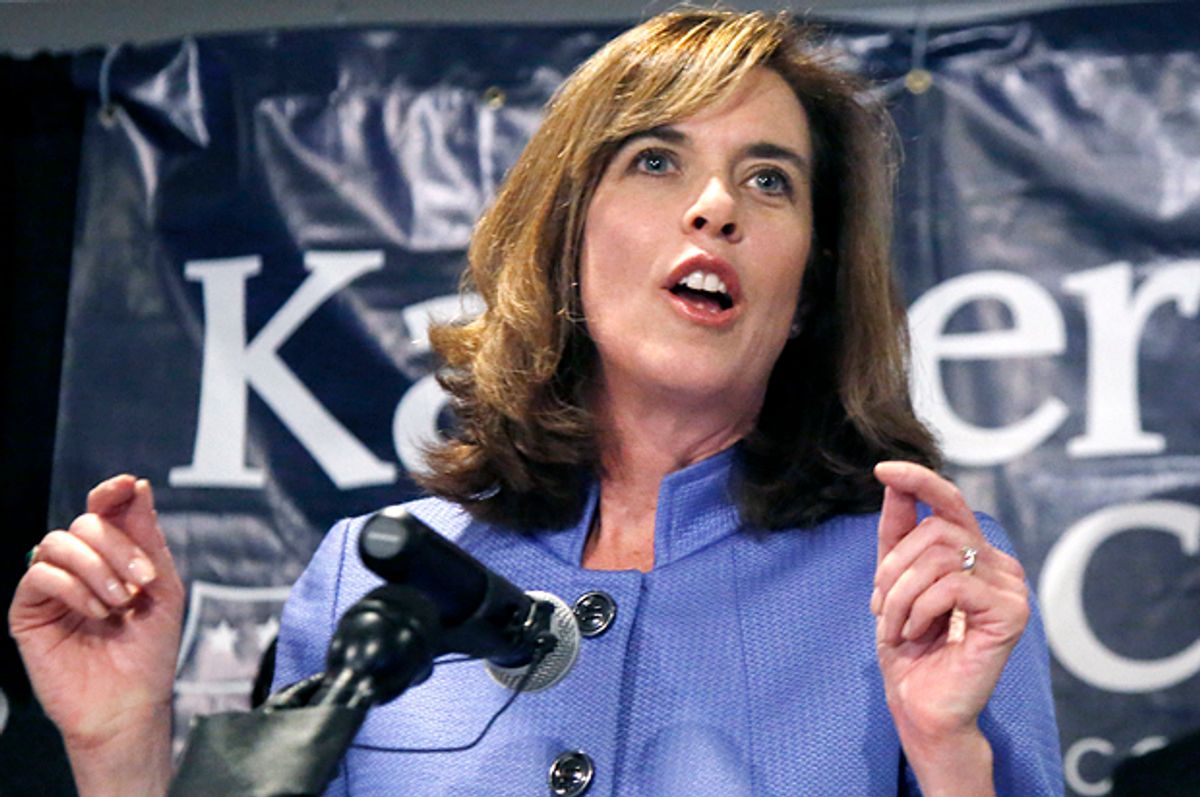 Maybe you're the kind of person who doesn't need to be told that threatening to rape and murder women is not okay. It's not a casual means of communicating disagreement; it's not a hilarious riposte; it's not a valid expression of frustration at being a sad and lonely individual. And if you know and understand this, and practice not harassing and threatening to rape and kill women as you go about your way on social media, my hat is off to you. If however the concept is a little muddy, the Department of Justice may now be able to help you clear that up.

Back in March, Democratic Massachusetts Rep. Katherine Clark formally called upon the Department of Justice to "prioritize investigations and prosecutions of cyber abuse crimes targeting women." In her letter, Clark specifically cited "the ongoing "Gamergate" intimidation campaign," noting that women targeted "have been repeatedly subjected to explicit threats of rape and murder, their personal information has been disclosed, and several have been forced to flee their homes and cancel public events." Last fall, Feminist Frequency’s Anita Sarkeesian canceled an event at Utah State University after receiving an anonymous emailed threat that "I have at my disposal a semi-automatic rifle, multiple pistols, and a collection of pipe. This will be the deadliest school shooting in American history and I’m giving you a chance to stop it… One way or another, I’m going to make sure they die… She is going to die screaming like the craven little whore that she is if you let her come to USU." And game developer Brianna Wu and her husband fled their home after her personal information was posted on 8chan and she was pelted with promises that "I've got a K-bar and I’m coming to your house so I can shove it up your ugly feminist c__t." Just last week, Wu  posted a piece for The Mary Sue that included the audio of a threat she received from a man vowing that "I’m coming to your f__king house right now. I will slit your throat you stupid little f__king whore. I’m coming, and you’d better be f__king ready for me."

And then there's your basic everyday bullying and intimidation that women routinely endure for tweeting while female. As Clark wrote in her letter, "The sad reality is that millions of women are faced with online abuse. From domestic violence victims to journalists, women are increasingly confronted with the reality that using the Internet in their personal and professional lives may subject them to abhorrent gender-based abuse." And her call to change noted that "Although protections against violent online threats already exist, enforcement is drastically lagging. Of the estimated 2.5 million cases of cyber-stalking that occurred in the U.S. between 2010 and 2013, federal prosecutors pursued only 10 cases." Ten. Maybe that's why, as she wrote in an op-ed for The Hill, "Young women are deciding not to pursue jobs in technology to avoid the crosshairs of men who don’t think they belong. Women who are being asked to run for public office are choosing to stay on the sidelines once they see the online abuse suffered by their peers…. online abuse is not only emotionally devastating, but it also curtails their professional choices and their full participation in the economy."

Of course, you don't have to be female to be the target of violent harassment — but it sure doesn't hurt your chances. I can attest from personal experience that having strangers — strangers who, by the way, identify as patriots, atheists, Christians, liberals and conservatives — share their graphic wishes for harm to come to me and/or their intentions to do it themselves is pretty much a regular part of my life. I am an old friend of the Twitter block button, and a routine abuse reporter. And as Clark said in March, "The federal government is not responsible for policing the Internet, but it is responsible for protecting the women who are being threatened with rape and murder in violation of existing federal law." Two months later, it looks like her plea — and the complaints of a multitude of other women — are being heeded. On Wednesday, the House of Representatives "formally supported" stepped up measures to "intensify efforts to combat this destructive abuse," adding that it "expects to see increased investigations and prosecutions of these crimes."

I'm sure it's a coincidence that on Thursday, I got an email from Twitter support asking for "my thoughts… about abuse on Twitter." Favorite question: "How problematic do you feel abuse is on Twitter?" Sadly, the set responses only ranged from "Not at all problematic" to "Extremely problematic," with no option for "LOLOLOLOL" or just a gif of a volcano. Better yet, maybe I should have just sent  the Jezebel story on the Twitter reaction to Clark's announcement of the DOJ's new attention to the problem — like the person who announced "I'm going 2 kick u in the c__t."

The sheer scale of online threats and harassment — and the ease of anonymity — makes the idea of going after these gross clowns seem all but impossible. But just saying to women, "Hey, that's how it goes" is not a valid or satisfying response. The amount of scary, disturbing crap we face on a consistent basis at best is demoralizing and at worst directly impacts how we move through the outside world and our decisions to pursue certain opportunities. This is not about shrugging it off and telling the ladies to take a joke. It's about intimidation, and about cultures — like Twitter — that support that intimidation with inaction. If you're afraid of a knock on your door, it should be because you've done something that's against the law. And if you're a troll who suddenly has that fear today, now you know what it feels like to be a woman on the Internet, all the time.