Agents screened one undercover traveler, but failed to detect the bomb strapped to his back 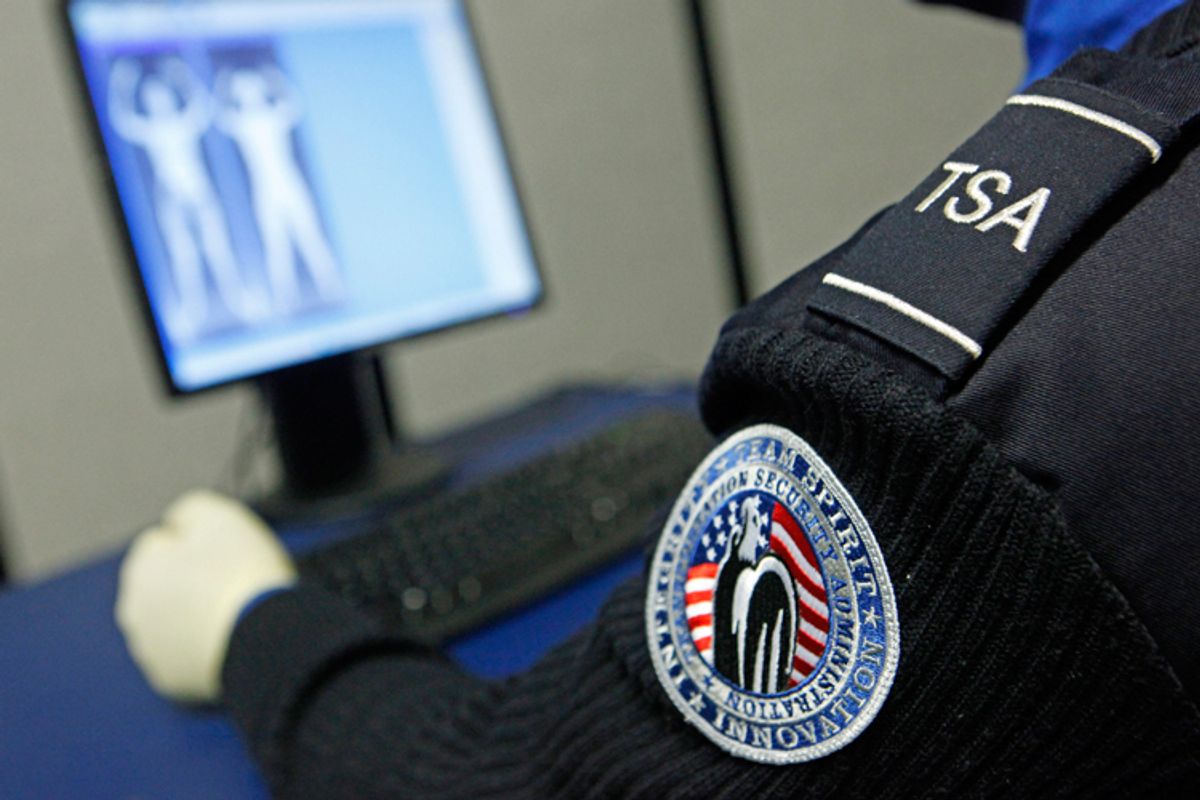 Today in scary (but sort of unsurprising) travel news: Agents for the Transportation Security Administration overwhelmingly failed a series of routine undercover tests to ensure that they did not let explosives or other weapons through airport security checkpoints, despite the fact that their primary purpose in monitoring airport security checkpoints is to prevent such dangerous items from getting through. Surely one could say the TSA bombed the trial, but given that agents displayed a 95 percent failure rate, that's really just not funny.

An internal investigation of TSA security checkpoints at the nation's busiest airports, conducted by Homeland Security "Red Teams" posing as passengers, found that agents failed to detect mock explosives in 67 of 70 test cases, according to ABC News:

In one test an undercover agent was stopped after setting off an alarm at a magnetometer, but TSA screeners failed to detect a fake explosive device that was taped to his back during a follow-on pat down.
Officials would not divulge the exact time period of the testing other than to say it concluded recently.

Homeland Security Secretary Jeh Johnson was apparently so frustrated by the findings he sought a detailed briefing on them last week at TSA headquarters in Arlington, Virginia, according to sources. U.S. officials insisted changes have already been made at airports to address vulnerabilities identified by the latest tests.

“Upon learning the initial findings of the Office of Inspector General's report, Secretary Johnson immediately directed TSA to implement a series of actions, several of which are now in place, to address the issues raised in the report,” the DHS said in a written statement to ABC News. [...]

This is not the first time the TSA has had trouble spotting Red Team agents. A similar episode played out in 2013, when an undercover investigator with a fake bomb hidden on his body passed through a metal detector, went through a pat-down at New Jersey's Newark Liberty Airport, and was never caught.

Despite TSA's mind-boggling failure, Homeland Security officials maintain that the state of security in U.S. airports is strong.