Republicans are getting their talking points from Rupert Murdoch, and it may end up costing them the 2016 elections 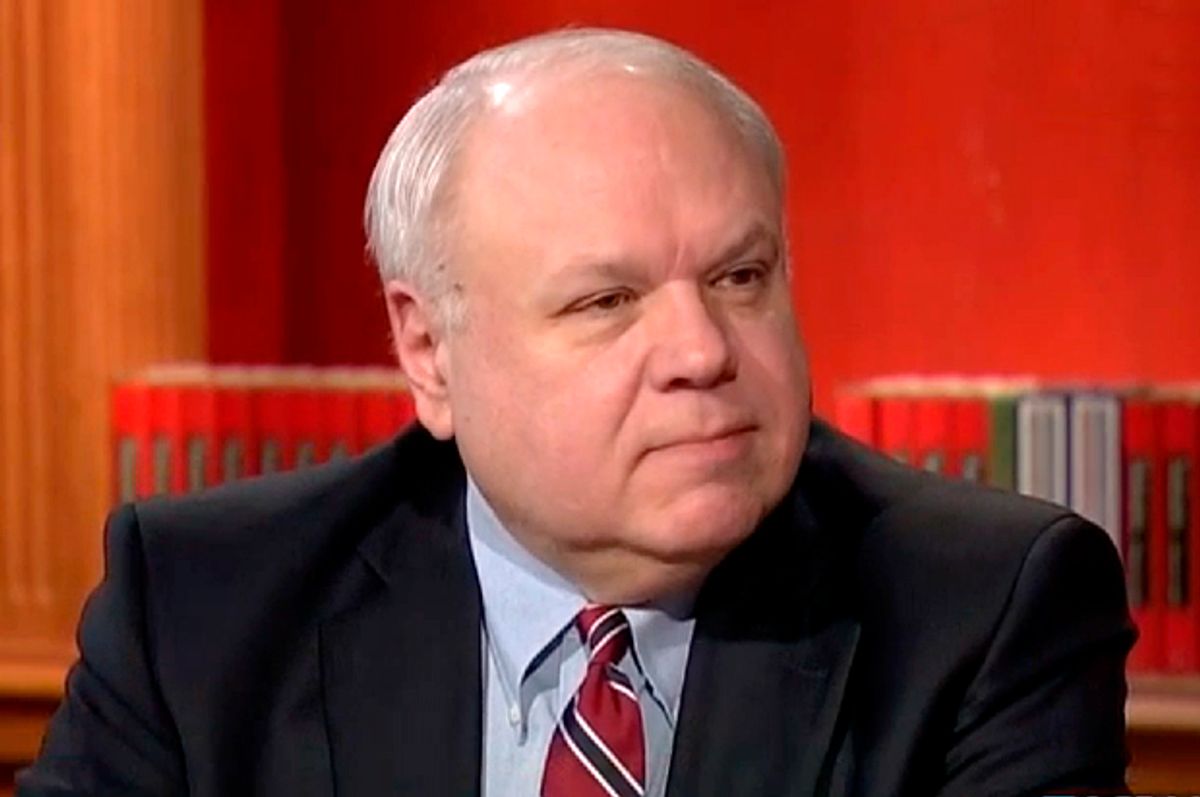 Fox News has been on the air nearly two decades and some Beltway journalists are still denying the transparent truth about the cable channel and its intricate political machinations. Even some longtime conservatives, such as historian and former Reagan aide Bruce Bartlett, now concede Fox News is "brainwashing" the conservative electorate, and that the GOP is being harmed by the network.

Responding to Bartlett at Politico, senior media writer Jack Shafer insists, "Fox in its current incarnation is neither a help nor a hindrance" to the Republican Party. Shafer argues the network, "a news-entertainment hybrid," doesn't really have much impact on the GOP and has not moved the party to the far right. "The Fox tail does not wag the Republican dog," Shafer concludes. Instead, Fox News is just trying to make a buck. Yes, it ventures into partisan politics with "combative programming," according to Shafer. But people like Bartlett who claim the channel's changed or damaged the Republican Party are overstating their case.

The truth is, as Media Matters has documented for years, the over-the-top programming on Fox News, anchored by baseless claims and wild attacks, routinely mirrors Republicans' legislative agenda. The focused misinformation trademarked by Fox News doesn't exist in a vacuum; it's not merely "entertainment" concocted to sell advertising. (Although it does that quite well.)

The programming on Fox News is designed to shape and change American politics, plain and simple. It's designed to do damage to Democrats and Democratic initiatives. It's built to be the marketing arm for the Republican Party, as it hurdles further and further towards the radical right. And quite often, Fox News is successful.

I'm not sure tails can wag much harder than that.

To bolster his argument, Shafer invokes Roger Ailes' failed efforts at political kingmaking and the network's audience size compared the general voting population, but he downplays the larger role that Fox News plays in influencing the Republican Party.

To claim Fox News simply toils in the fields of  "entertainment" (or even "news-entertainment") is to deny the seamless and unprecedented relationship between Rupert Murdoch's cable channel and the Republican Party. It's a link many in the D.C. press have spent years trying to play down, since the open association crosses all previous known boundaries of journalism.

Fox News itself hasn't been shy about advertising its historic role, so why do journalists look away? In 2009, when asked how his channel would adjust to having a new Democratic president after having spent the previous eight years cheering President George Bush, Fox News VP Bill Shine suggested that Fox would adjust by serving as  "the voice of the opposition."

In 2015, the Fox effect has continued to advertise itself. Just ask Indiana Gov. Mike Pence who ignited a national controversy after he signed his state's "Religious Freedom Restoration Act" (RFRA) into law. The law -- which was widely criticized by religious leaders, legal scholars, and even the Republican mayor of Indianapolis -- provided a legal defense for individuals and business owners who cited their religious beliefs while discriminating against LGBT people.

In early 2014, those horror stories were the primary argument used to justify Arizona's SB 1062, a similar "religious freedom" bill that would have allowed business owners to turn away gay customers on religious grounds. That legislation, which similarly garnered national condemnation, was eventually vetoed by Arizona Gov. Jan Brewer (R), who described the bill as a solution in search of a problem.

In other words, you see it on Fox News now, you read it in Republican-sponsored legislation later. In that regard, think of Fox News as a Rupert Murdoch-funded GOP think tank, but with television hosts.

Meanwhile, just this month, the House Committee on Agriculture held a hearing addressing the government's food stamp Supplemental Nutrition Assistance Program (SNAP), which helps the poor. During the hearing, Fox News' misleading 2013 special, The Great Food Stamp Binge, was referenced several times by Republican members of Congress as evidence of abuses within the SNAP program.

It's no surprise that Fox's nasty attack work on SNAP served as a talking point. After The Great Food Stamp Binge aired, the network delivered copies of the show to members of Congress in an apparent attempt to influence a vote to cut SNAP benefits by $40 billion. Indeed, Fox News has spent years demeaning food assistance programs and their recipients

In April, Media Matters highlighted how Fox News' long-running campaign to stigmatize those recipients may have been a key influence in Republican legislators in both Missouri and Kansas moving to pass welfare-shaming laws to curtail what recipients could purchase with their aid.

That's not how "news-entertainment" works. Not when programming talking points are regularly turned into legislation.

Fox News' influence also extends behind the scenes. In 2010, the New Yorker reported that Republican Sen. Lindsey Graham told fellow senators negotiating a climate change bill that "they needed to get as far as they could in negotiating the bill 'before Fox News got wind of the fact that this was a serious process'" and derailed the negotiations by targeting the bill's supporters.

As for Shafer's claim that Fox News "is neither a help nor a hindrance" to the Republican Party, he might want to ask Mitt Romney about that. Because what were arguably Romney's two biggest public missteps of the 2012 campaign? The first came when Romney was surreptitiously recorded while addressing wealthy donors criticizing the "47 percent" of Americans who allegedly "pay no income tax" and are "dependent upon the government."

Where did Romney likely pick up the divisive idea that 47 percent of Americans "believe that they are victims" and mooch off the federal government? He certainly could have gotten it from Fox News, which championed the claim and touted it endlessly, including here, here, and here. In terms of the larger, "makers vs. takers" talking point which Romney echoed in his tape recorded comments, Fox News had pushed that malevolent themehere, here, here, here, and here.

Romney then followed-up his "47 percent" misstep with another high-profile blunder at the second presidential debate when, pressing the issue of the Benghazi terror attack and echoing bogus Fox News claims, the candidate claimed Obama had refused to immediately call the deadly raid an act of "terror."

Those two stumbles clearly represent examples of how Fox News directly influenced the Republican Party (how the tail wagged the dog) and how the Republican Party likely paid a very steep price for it. That's at the center of Bartlett's claim about party members being "brainwashed."