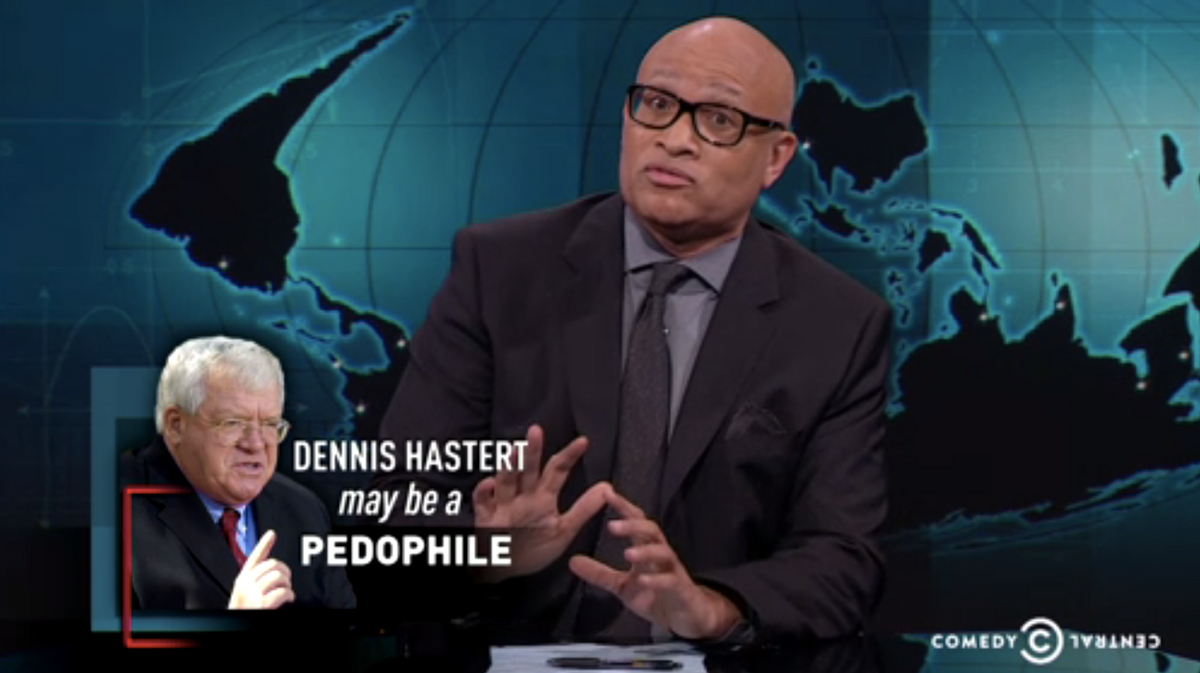 Wilmore joked that Hastert's molestation charges while coaching wrestling would also be the subject of the "Foxcatcher" sequel called "Foxcatcher: The Squeakquel."

Then, dialing in the jokes for a moment, Wilmore expressed outrage in Hastert getting charged with concealing payments and lying to the FBI, while facing no consequence for his alleged child molestation.