"What does it mean if Bernie Sanders continues to do as well as he has been doing?" 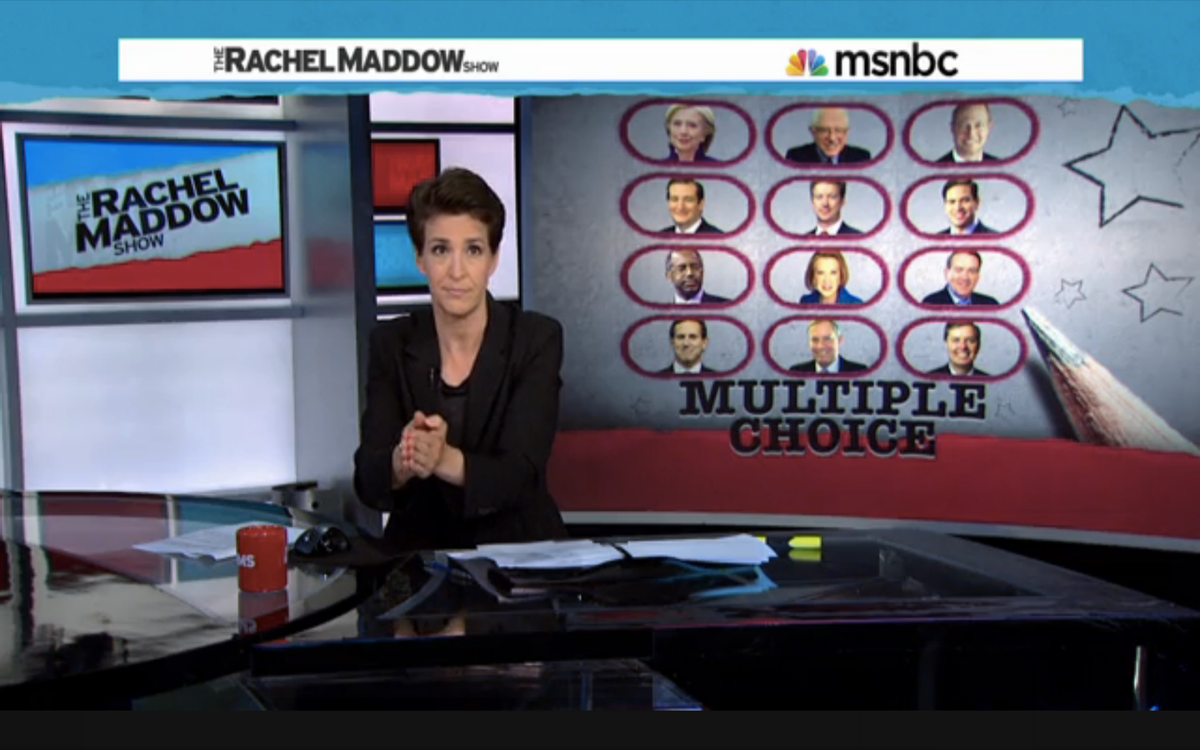 On Monday evening's edition of "The Rachel Maddow Show," Maddow spoke about the break-out star of the 2016 elections thus far: Bernie Sanders, who has given speeches to enormous crowds in Iowa all week.

Even though the beltway media has been thinking of Sanders as a fringe candidate, Maddow argues that he could be much more than that.

"Bernie Sanders has been experiencing this incredibly positive launch, and really, at this point, nobody's giving him a shot at really winning the nomination. But given the shape of the field, given the huge, perhaps prohibitive lead that Hillary Clinton has in terms of locking up the nomination on the democratic side, what does it mean if Bernie Sanders continues to do as well as he has been doing?"

Watch the whole clip below for a good primer on who has actually declared candidacy thus far: