For once, a Fox News analyst identified guns as a problem 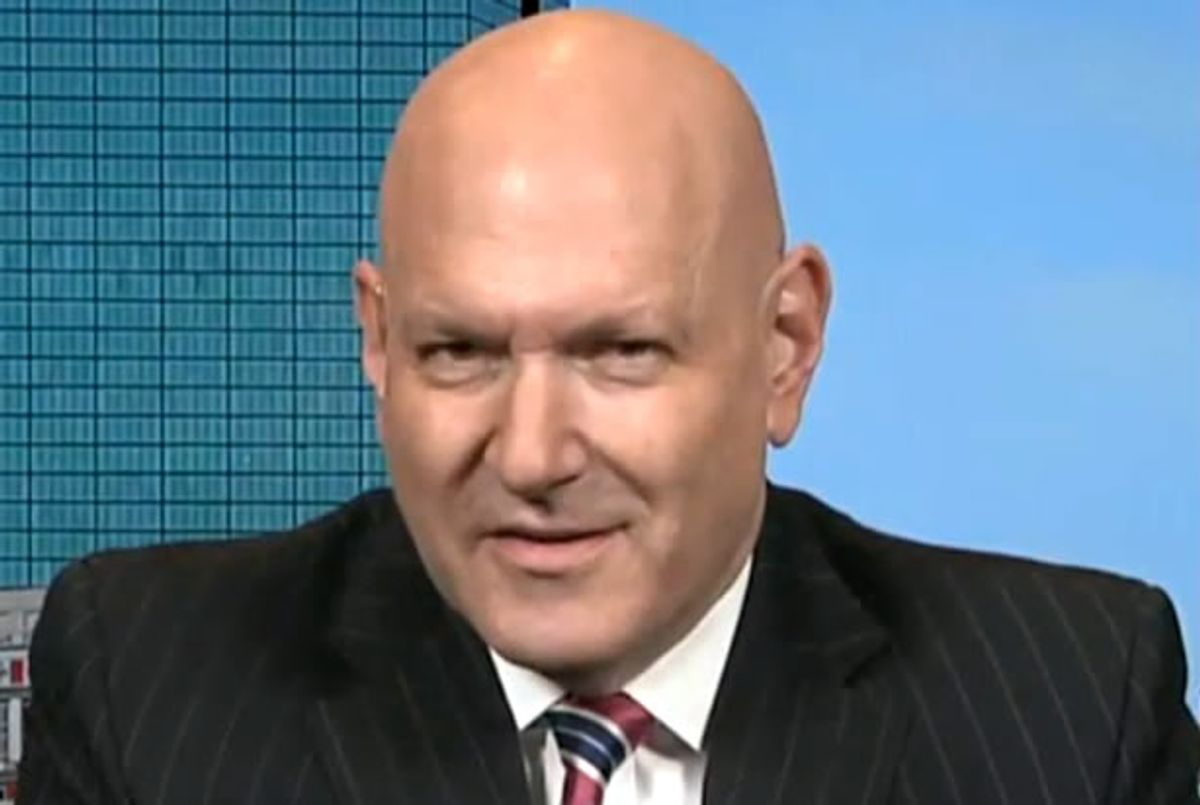 On "Fox & Friends" Wednesday morning, Fox News' "Medical A Team" psychologist Keith Ablow blamed "devices and how distracted we are now" and firearm-related overconfidence for a Kentucky man leaving a child unattended in a running vehicle.

Unlike last year, in which a forgotten child seemed to die daily after being left to broil in a hot car or truck, this child was not in danger of overheating, as the truck in which he was left was running. However, as Mark Herrmann -- who shot the viral video of the boy -- noted, anyone could have walked up to the vehicle and driven away.

When Herrmann confronted the driver about the possibility of his child being kidnapped. "You know," Herrmann said, "if I was a bad guy, I could've probably just driven off in this."

The unidentified man replied, "you would've gotten two in the back of the head if you tried." For once, a Fox News analyst didn't find "but I'm heavily armed" to be a satisfactory answer.

"He certainly wasn't thinking about it," Ablow said. "And certainly was feeling confrontational about being called out on it. He says he'll take out a sidearm and 'take care of it' because he's too confident."

Ablow quickly lost the plot, however, adding that "probably, parents do things that are dangerous a lot" because American society is "highly distractible."