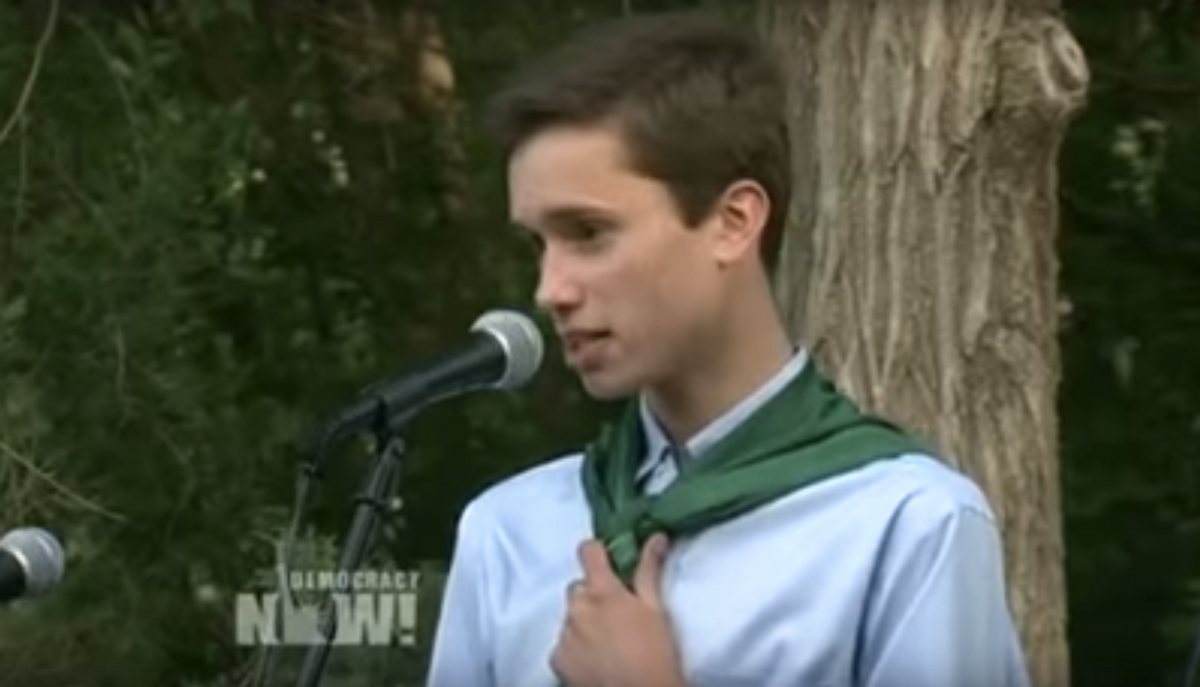 A Colorado charter school was embroiled in controversy last month when school officials denied 18-year-old valedictorian Evan Young the opportunity to deliver his speech after learning he was planning to use the podium to come out as gay to his family and peers.

In the days leading up the graduation ceremony, Twin Peaks Charter School principal BJ Buchmann instructed Young to omit this "coming out" portion from his speech, and when he refused, the principal called up Young's parents and prematurely outted him.

While Young was never recognized at his May 16 ceremony as valedictorian, he was finally given the chance to have his well-deserved moment in the limelight this Sunday. Speaking at OUT Boulder's annual fundraising event, Young shared the speech he would have shared with his school, filled with Colbert-esque quips and razor-sharp wit. (Makes sense; at one point, he cites Colbert as his hero.)

After running down a long list of confessions and secrets -- stuff like writing down the answers to tests in his textbooks -- he finally arrives at his biggest secret of all: "I'm gay."

"That's my biggest secret of all -- I'm gay," Young said before a captive audience. "I understand this might be offensive to some people but it's who I am. And whether you've always suspected this, or it's a total shock to you, now you know."

He continued: "When I was writing this speech, I was endlessly debating with myself whether I should reveal this on account of how divisive an issue this is. How gay people tend to be stereotyped -- and I thought, if I did, I should repeatedly apologize and beg you guys to not think any differently of me."

"But then I realized I don't have to. I shouldn't have to. If there's one thing I learned at this school it's that we can still be friends even if we profoundly disagree. And sure, there's only 30 of us, so it's not like we have much of a choice. But no matter how much we disagreed, we learned to overlook our differences and respect everyone else."

Watch the full clip below via Democracy Now!: