Jon Stewart rips media for salivating over Caitlyn Jenner's "f*ckability": "Your looks are the only thing we care about" 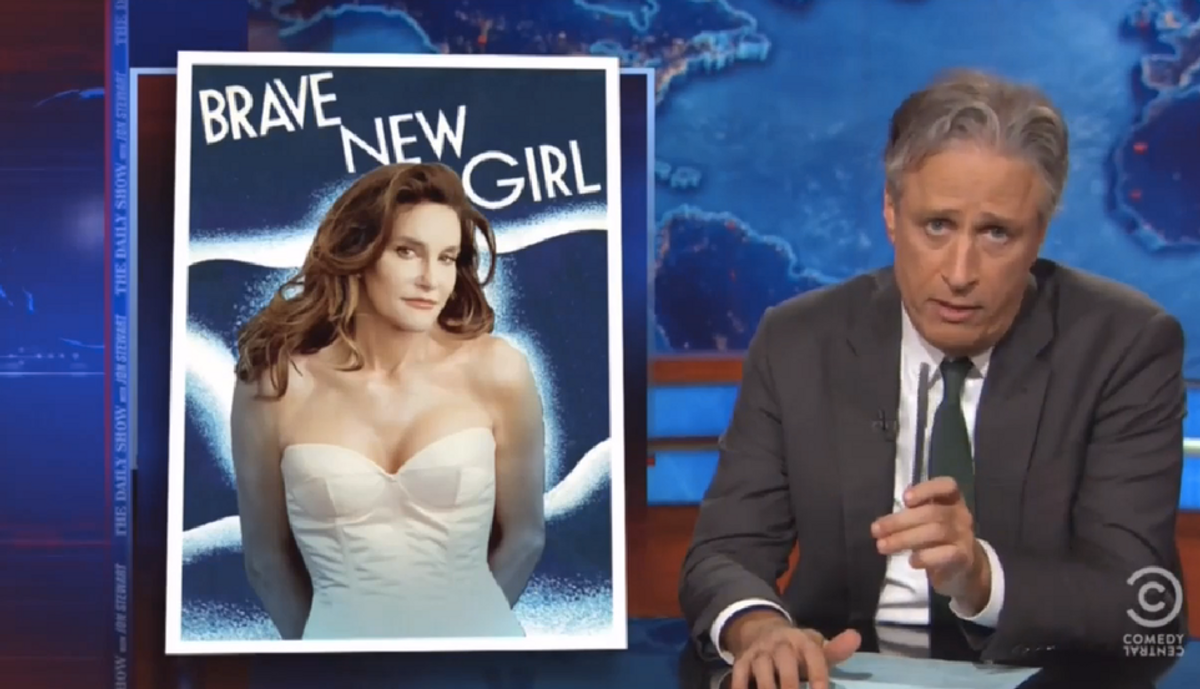 Jon Stewart was bracing himself for some media grossness following Caitlyn Jenner's Vanity Fair cover, but much to his pleasant surprise -- with a few minor exceptions, that is -- the media responded glowingly. Maybe too glowingly, even.

Stewart ripped the media on Tuesday's "Daily Show," noting that the only thing commentators wanted to talk about was Jenner's "comparative fuckability."

“Caitlyn, when you were a man we could talk about your athleticism, your business acumen,” he said. “Now you’re a woman, and your looks are the only thing we care about. Which brings us to phase two of your transition: your 'comparative fuckability.'"

Stewart went on to cite multiple instances in which Jenner was compared to actress Jessica Lange -- and, in one especially appalling clip, the question was raised of whether or not Caitlyn had a better body than Kim Kardashian.

“Look,” Stewart said, “We want to give a compliment here. We just need to make sure another woman gets taken down a peg in the process. It’s how we maintain the balance.”

The media's overemphasis on "fuckability" is a topic that trans actress Laverne Cox touched on earlier this week; in a viral Tumblr post, Cox explained that Jenner represented only a specific subset of trans people -- that not all trans people end up aligning so neatly with cisnormative beauty standards, by virtue of race, class and access.