Right-wing talking heads continue to point the finger at Obama for the rise of ISIS. Stewart fires back 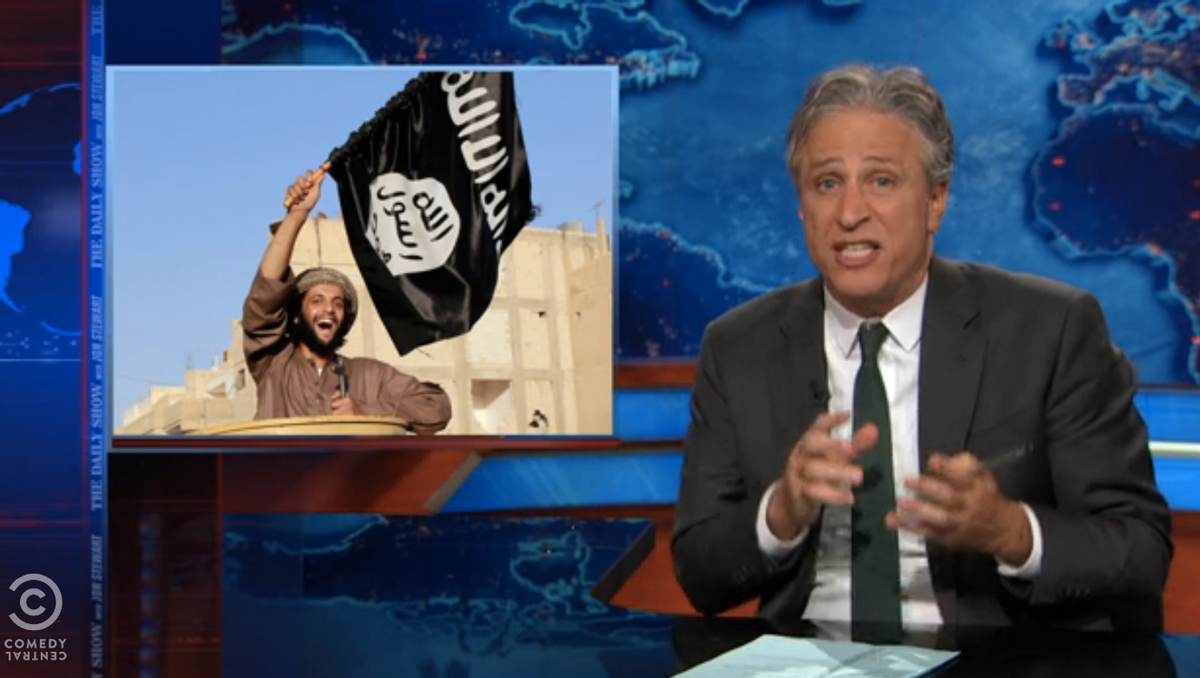 Jon Stewart came out swinging on Tuesday's "Daily Show" with a history lesson for right wing talking heads who are insistent upon pointing the finger at President Obama for pulling troops out of Iraq and allowing the rise of ISIS.

Stewart asked the in-studio audience to join him in repeating the phrase "learning curves are for p*ssies" before segueing into a segment titled just that.

"Of course, not leaving our troops in Iraq would not have been as big a problem, had we not, not, left our troops," Stewart said. "To stop ISIS, we know Obama should not have withdrawn our troops, but what should Obama have done?"