"Entourage" and the problem of the critic-proof film: Is it silly to write seriously about movies like this?

Critics can adopt a poptimist strategy and buy in, or stick to their intellectual guns 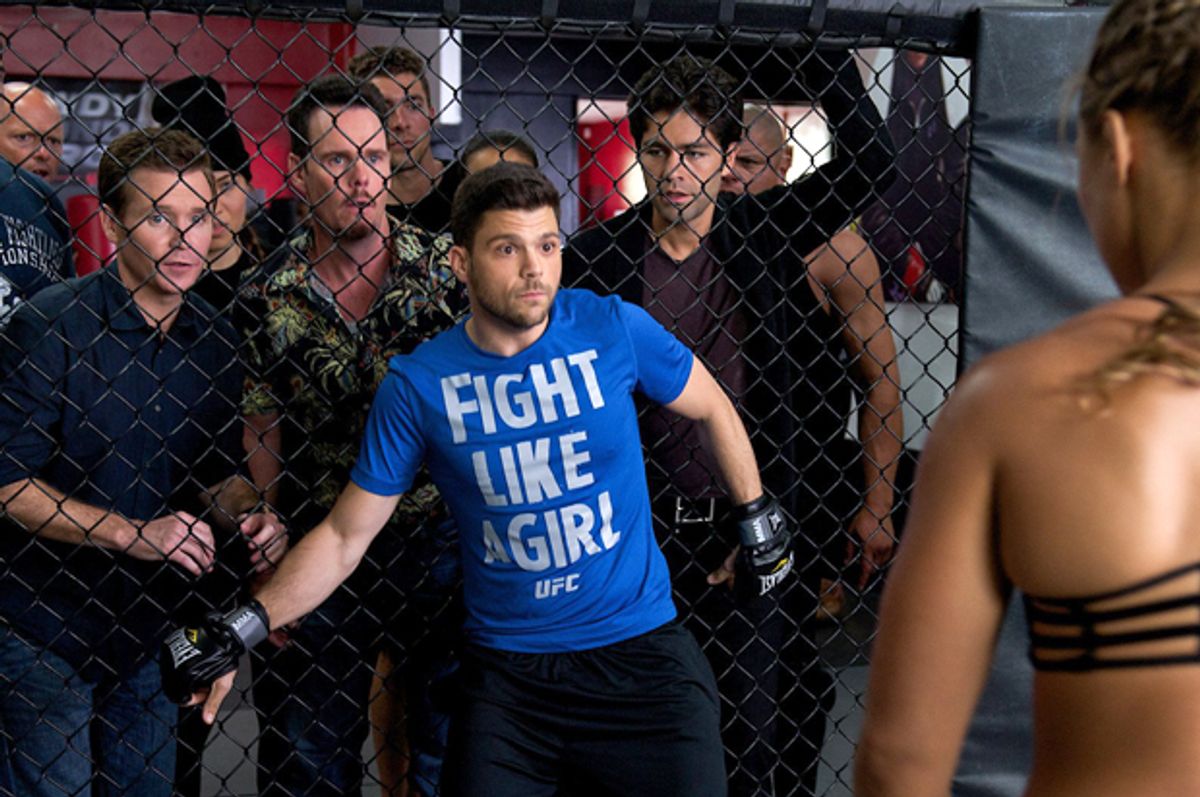 People go into the field of criticism, typically, so they can be a thoughtful and intelligent part of the conversation – to urge people to look harder at something they think they already know, or to look outside of the work the marketers are throwing at them to find something deeper and richer.

But what does a critic do when confronted with something (a film, say) where only a tiny sliver of the audience cares – or even hears -- what they think? What does a movie critic do in the case of a movie designed to be critic-proof? As American films orient more and more around action-movie sequels and the taste of teenagers, and as criticism loses its influence in a world of crowd-sourcing and constant marketing, this is a question that will come up more and more.

The team that put together the Hollywood-agent bromance “Entourage” spent a lot of time and money getting celebrity cameos: Liam Neeson, Jessica Alba, Warren Buffet. They put even more effort into a wide raft of product placements: Cadillac, Johnny Walker, Ferrari, Apple, and so on. One thing they didn’t seem to concentrate on is making a movie that film-schooled grownups who see a lot of movies every years might find interesting.

Or if they did, they failed spectacularly. To David Ehrlich of Time Out New York, "what once felt like an innocent tale of wish fulfillment now plays like the masturbatory fantasy of a men's-rights activist." To The Boston Globe’s Peter Keough, the film "resurrects a macho churlishness and puerile wish fulfillment that is less charming now than it was back when the show went off the air." There’s also a feminist critique floating around about the role of women in this world of headstrong, obnoxious guys. (Mostly, apparently, it involves wearing bikinis.) Salon's Andew O'Hehir described the film as a "Hollywood doucebag satire, minus the satire."

The harshest and most eloquent of the reviews comes from the New York Times’s A.O. Scott.

By the time it reached the end of its HBO run in 2011, Entourage had grown staler than last night's Axe body spray. The passing of a few more years has not improved the aroma. Watching the movie is like finding an ancient back issue of a second-tier lad mag — not even Maxim, but Loaded or Nuts — in a friend's guest bathroom. You wonder how it got there. You wonder how you got there.

It's rare to see a movie of any kind pander to its imagined audience with such unabashed cynicism. On cable, there was sometimes a glimmer of satire or a hint of heart, and also an appealing pseudo-democratic idea about the accessibility of money and celebrity in a world that worships them… It sometimes pretends to make fun of those things, but let's not kid ourselves. You could accuse it of glamorizing the shallow hedonism it depicts, but that charge would only stick if the movie had any genuine flair, romance or imagination.

First of all, Ouch. Scott has earned our respect by being an intellectually serious critic who’s not afraid of fun, and he’s written sharply about the infantalization of American culture without being a scold.

Second of all, not every scribe was convinced by his complains about the movie’s shallow narcissism. And this is the part that has caught fire on Twitter and sparked what one writer calls a critics cage match. Firing back at Scott, without naming him, was Peter Travers, a longtime Rolling Stone critic whose reviews tend to be very friendly and blurb-worthy toward big mainstream films. He tweets:

To which Scott replied,

Now, we’d like to see this fight take off – not just for the pure, awkward thrill of it, but because it’s valuable to see critics define their terms and their point of view in an age very different from the ones in which Edmund Wilson or Pauline Kael worked. But also because we’d like to see A.O. Scott win this one.

Travers makes a good point, if he’s saying that Hollywood really is full of shallow, obnoxious putzes like Ari Gold and the boys. But what bothers us about this point of view – and he’s used the phrase “it’s Hollywood!” before – is how feckless it is. It reminds us of the cry of Poptimist music critic: “It’s pop!” The bemused kids-say-the-darnedest things tone is just a way of laughing off the B.S. Whatever happened to taking a position, asserting your taste and values, and fighting for them?

Kael, who in some ways was a populist, sensation-loving critic closer to Travers than Scott, still saw criticism was one of the few ways left to get in the way of the marketplace. But the Travers point of view seems to say that the marketers and the macho idiots have won, and all we can do is laugh it off.

There was another way to handle this kind of critic-proof movie, like the faux-obit for the Bro approach  Newsweek’s Alexander Nazaryan took:

"The Bro, a staple of American culture for the past three decades, passed away this week from a combination of social inutility, creepy sexuality and cultural vapidity, not to mention the scorn of many of his fellow Americans. A lengthy decline was brought to an end by the movie version of Entourage, which sought to highlight the continuing primacy of the bro but instead underscored his obsolescence."

So Onion-esque satire works just as well as Scott’s scorn. But if all comes down to this: If critics aren’t going to fight against shallow narcissism and douche-y hijinks, who will?