"I can say this because I was one of the victims": What Jill and Jessa Duggar's defense of their brother tells us about abuse 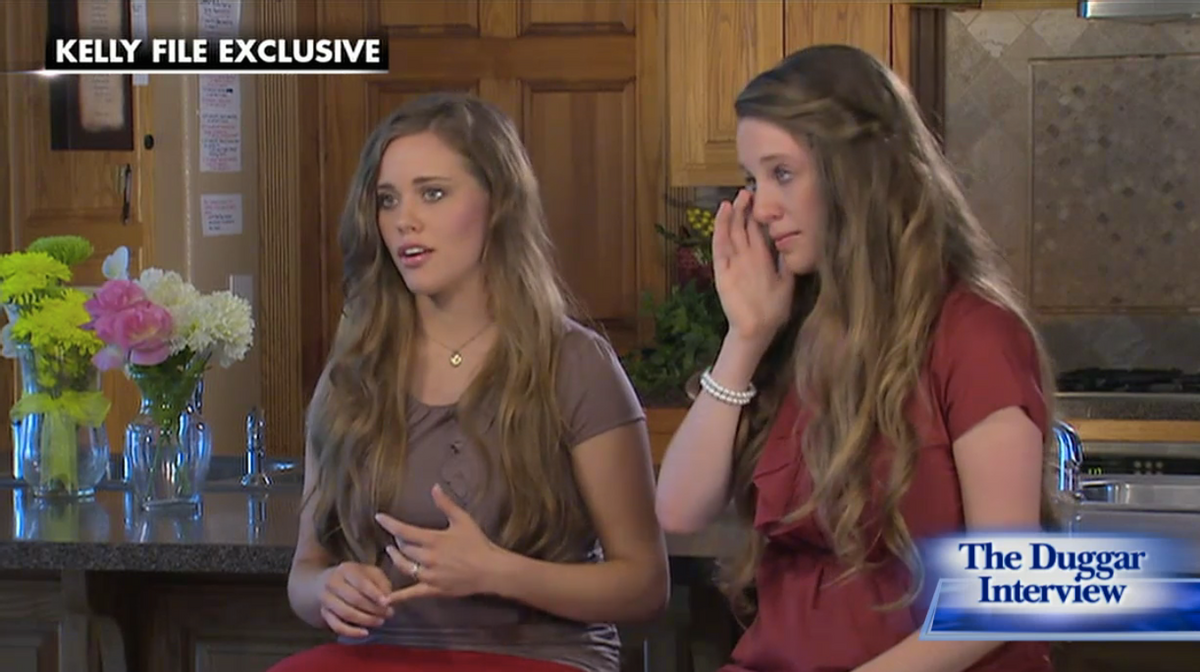 As part of Megyn Kelly's exclusive sit-down with members of the Duggar family on Wednesday, daughters Jill Duggar Dillard and Jessa Duggar Seewald confirmed that they were among the five young girls their older brother, Josh, sexually assaulted when he was a teenager. In an emotional exchange, Dillard tearfully identified herself and her sisters as victims, while Seewald called her brother's actions "very wrong." Then she proceeded to defend him.

"I do want to speak up in his defense against people who are calling him a child molester or a pedophile or a rapist, some people are saying," Seewald said. "I'm like, that is so overboard and a lie really, I mean people get mad at me for saying that but I can say this because I was one of the victims."

And in this scenario, it makes sense that Seewald would try to protect her abuser. Her parents, Jim Bob and Michelle, have gone to rather remarkable lengths to minimize her sexual assault and the multiple others, and they have publicly prioritized their defense of Josh, for whom they have shown exponentially more compassion than their daughters. Beyond that, Seewald, like the rest of her siblings, was raised in an environment where women's complete subservience to men -- their fathers, husbands and surely their older brothers too -- is glorified and mandated. She was instructed that victims are to blame for their own sexual assaults. She believes in a system meant to fail her.

But as the entire saga has played out, it seems Seewald and the other Duggar sisters were actually taught that they weren't victims at all. Rather, in the family's narrative, it was Josh, the abuser, who fell victim to...something. Lust? Licentiousness? Curiosity? Utter confusion at being told that the natural hormonal changes in his body were ungodly?

It could have been all of these things, but either way it's not entirely relevant: The point is that excuses have been made, and continue to be made, for Josh Duggar. And the fact that his sisters -- his victims -- have come to his defense is not that surprising. In fact, it's textbook -- and it's exactly what we should expect from a family and a culture that places the weight of sexual violence on victims' shoulders by default.