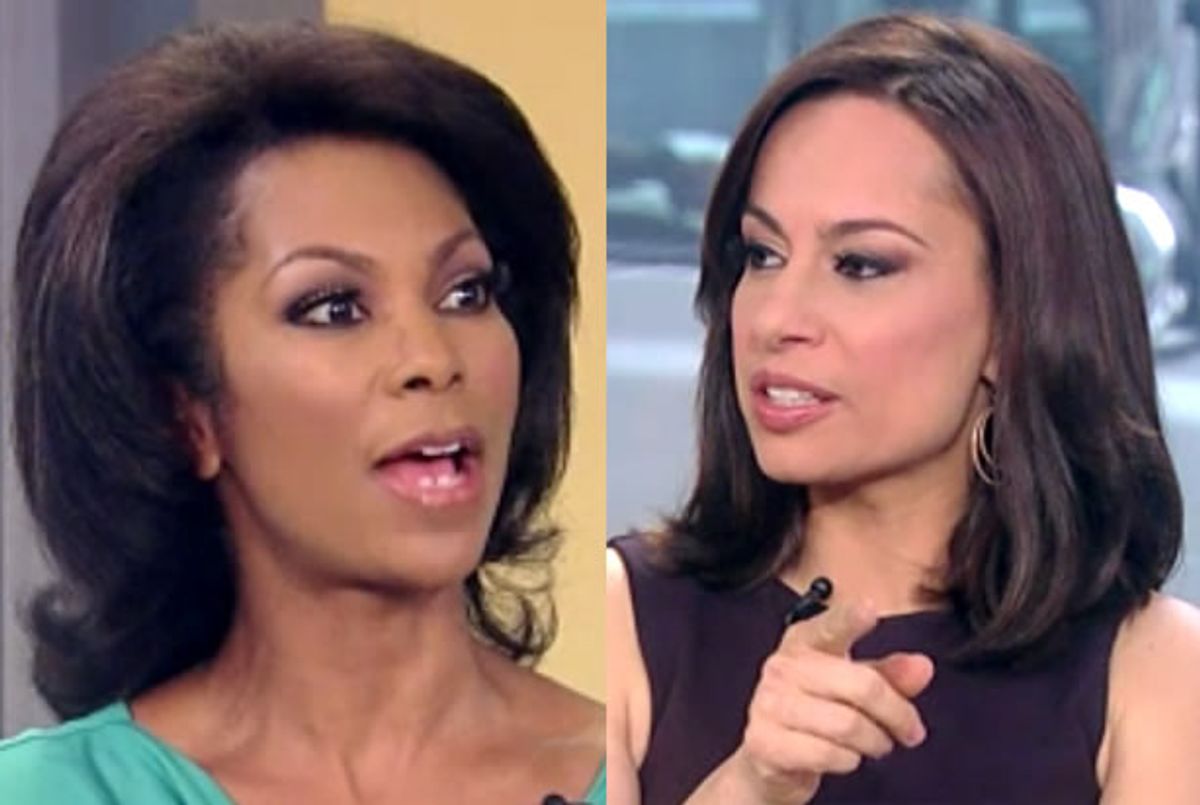 As evidenced on the panel discussion on "Outnumbered" Friday afternoon, opinion as to how reverential Fox News should be to the beleaguered Duggar clan is clearly beginning to splinter.

When asked whether the media "even had the right" to report on Josh Duggar's molestation of his sisters and babysitter, co-host Harris Faulkner invoked a non-existent "oath that we take as journalists" to "do no harm" -- which is a loose translation of primum non nocere, a principle associated with the Hippocratic Oath, not a journalistic "understanding," as Faulkner would have it.

She differentiated between "facts," which presumably should be reported, and "loaded facts," which must not be communicated to the general public because "people will be harmed by the information."

Co-host Julie Roginsky vehemently disagreed, saying it's not the media's fault that there's interest in Josh Duggar's story -- it's Jim Bob and Michelle Duggar's. "Guys, I'm sorry," she interjected. "You know who harmed these kids? Their parents!"

Jim Bob and Michelle "knew this was in their background, but they've never met a camera they didn't like, or a journalist they didn't let into their house, or a media opportunity go by."

"And all of the sudden, now they think the media's victimizing them?" Roginsky asked. "In Touch put them on the cover because they have made themselves celebrities. These parents, knowing this was in their background, were incredibly irresponsible for doing this to their family."

"So when these girls -- who I feel truly sorry for -- say 'the media victimized us'? No, their parents allowed them to be on camera."

Faulkner interrupted her at this point, saying that the problem is that In Touch failed to tell "the entire story like Megyn Kelly is doing" and merely printed "loaded facts" in order to sell magazines. "We saw the same thing with the Rolling Stone [article] on a made-up gang rape at [the University of Virginia] not long ago."