With recent Rick Perry and Lincoln Chafee bids, Stewart wonders how many more can fit in the clown car 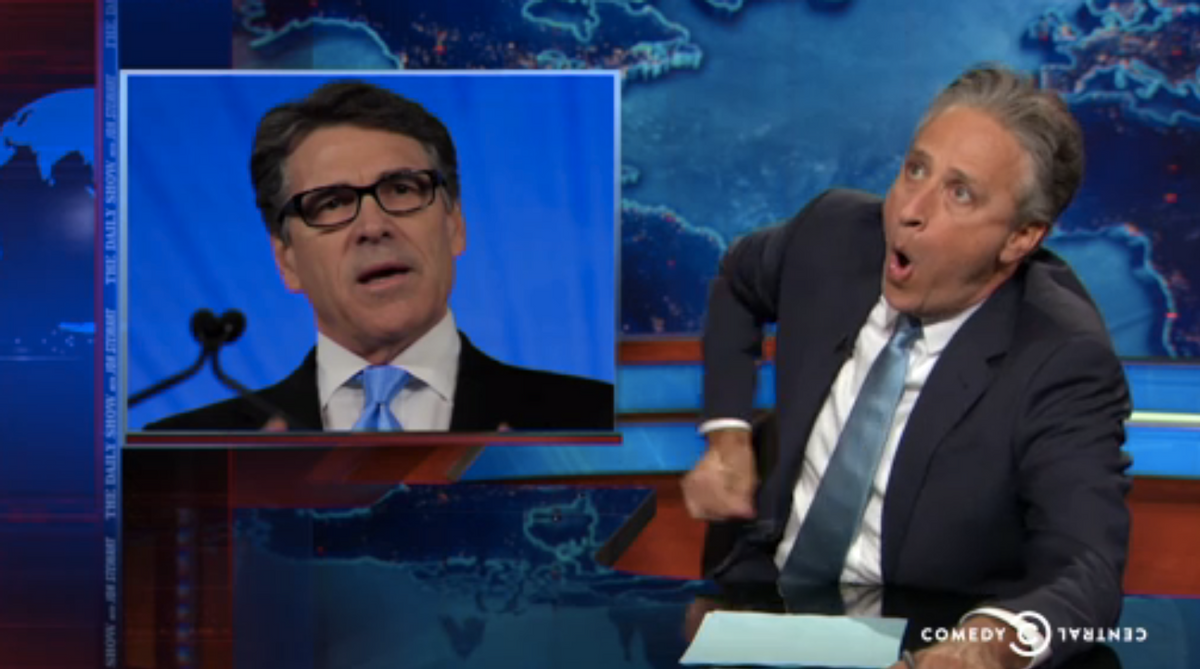 Jon Stewart has a new name for the overflowing 2016 GOP ring: "19 and Counting."

On Thursday night's "Daily Show" Stewart used his "Democalypse 2016" segment to give the latest presidential hopefuls a warm welcome. Among them: Lincoln Chafee, the party-switching, O’Reilly-dueling former governor and — “ohmygodohmygodohmygod" — Rick Perry.

Stewart took a look at Governor "Oops'"  first campaign video and was stopped in his tracks by one line, in particular, "We must do right and risk the consequences."

"Risk the consequences," Stewart repeated to himself, "...may be the most accurate campaign slogan I've ever heard. It's the same slogan you use to advocate unprotected sex."