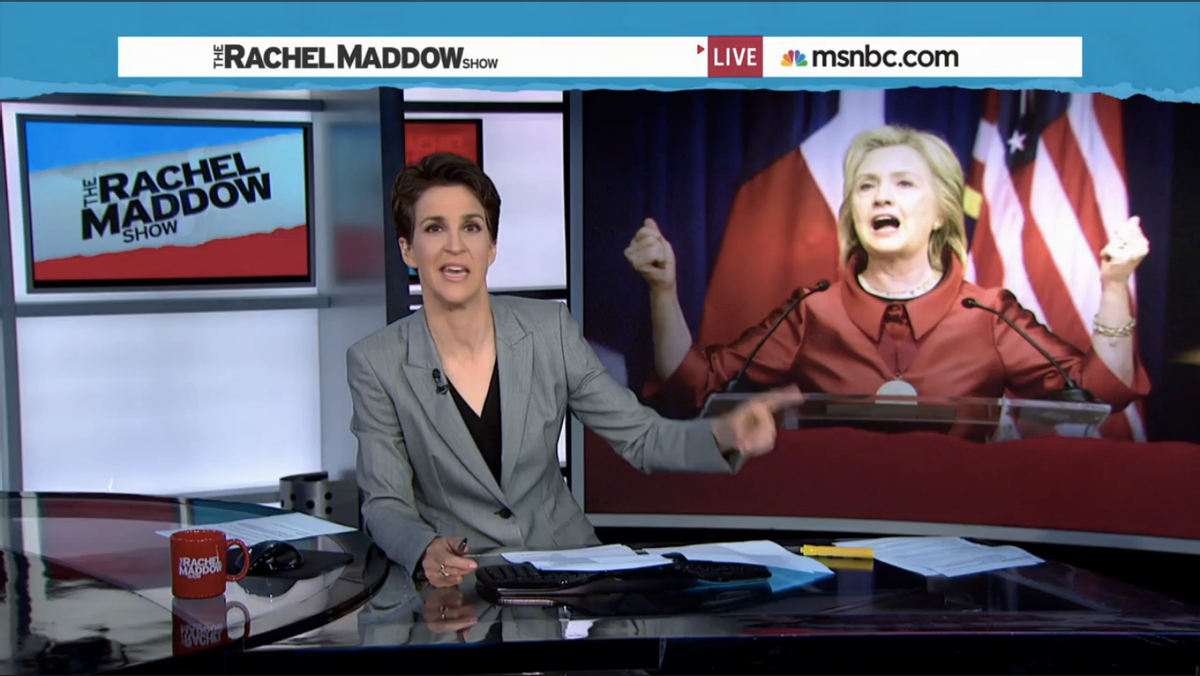 On Thursday in Houston, Tx., Hillary Clinton ripped into GOP presidential hopefuls for moves they have made while in office that severely restrict voting rights for minorities, poor people and young people, before calling for universal, automatic voter registration for every citizen.

That evening, Rachel Maddow admitted that although the GOP presidential race will be more interesting, since virtually every well-known Republican politician is running, the Democratic race allows for something extremely valuable:

"One of the things we do get from the Democratic side in moments like this, which the Beltway otherwise would never get to in a million years, is taking policy ideas that are being innovated in the blue states... and thinking of them and talking about them and proposing them as models for the nation," she said.

"It's gonna be amazing to have all the Republicans try to explain why that's such a terrible idea."