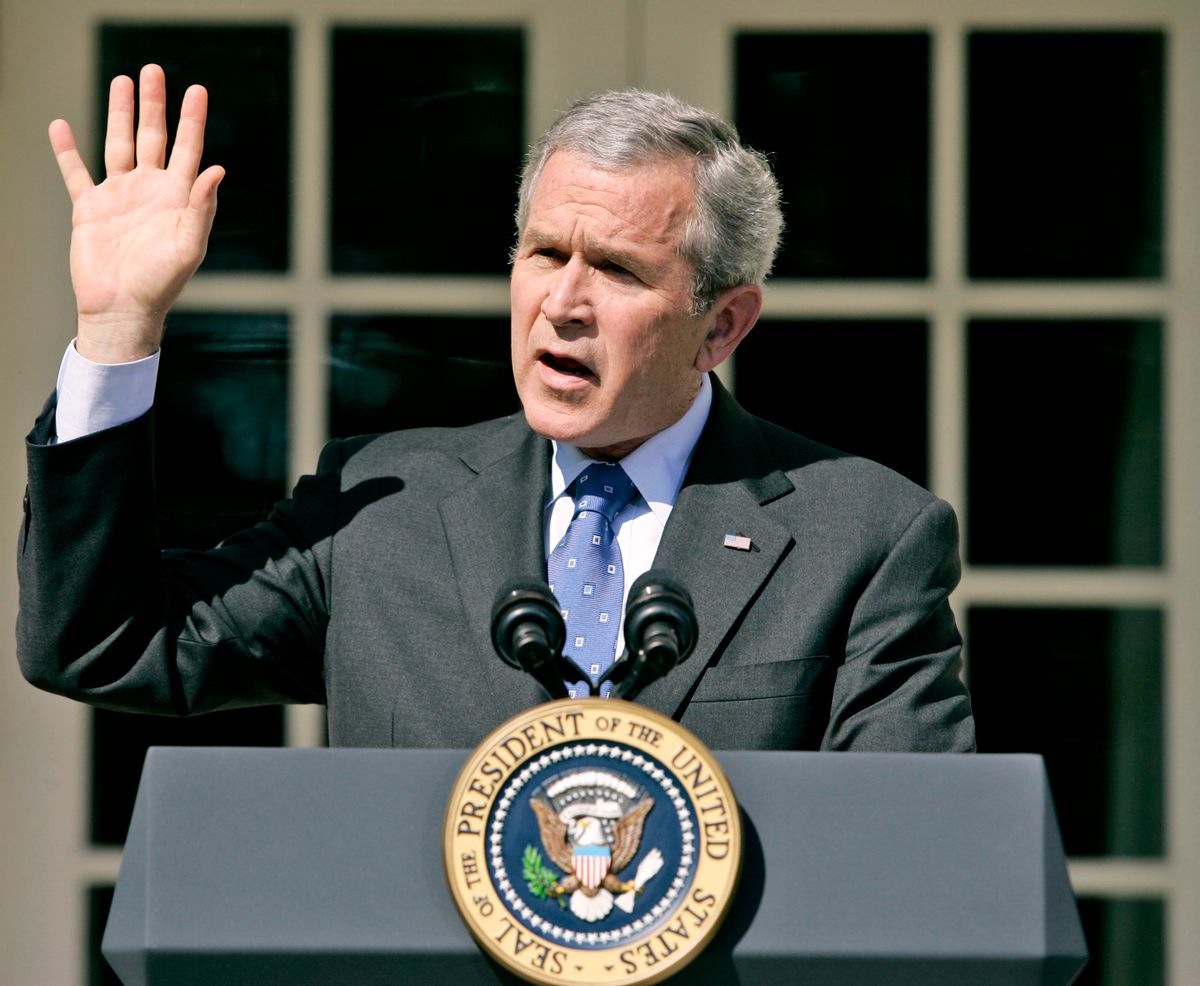 Hillary and Bill Clinton have been the subject of media scrutiny after disclosure forms indicated they made over $25 million in speaking fees since 2014. That said, George W. Bush has made a similar killing -- according to Politico's Michael Kruse, the former president has made at least $20 million in speaking fees since 2009, and likely much, much more.

Kruse reports that Bush earns anywhere from $100,000 to $250,000 per speech, and has delivered over 200 since 2009. It is hard to check on the exact figures because a number of people who booked him signed confidentiality agreements.

However, we do know that Bush was paid a hefty sum to speak at a fundraiser for a homeless shelter:

"We paid his regular fee," Lynne Sipiora told POLITICO. She's the executive director of the Samaritan Inn, a homeless shelter in McKinney, Texas. "Which is $100,000." ...

"We're a homeless shelter, so it was a hefty fee for us, but we ended up netting over $1 million," said Sipiora, who identified herself as one of the few Democrats in her area. "it was not a very political conversation. I'm sure he's answered the same questions a million times. But he was very popular and charming and pleasant." She said Bush sent her a prompt thank you note in which he mentioned her father by name."

"I find it puzzling," Stanford University historian Robert Dallek said in a 2011 interview about Bush's speaking schedule. "He says he wants to keep a low profile. What is he doing except enriching himself? It sounds like it's self-serving. It's following the good old American adage to make as much as you can."