Who doesn't want to default on their student loans? The college debt crisis is crippling us, with no real relief in sight

A New York Times story looks at the student loan disaster, an issue that should unite Boomers, Xers and Millennials 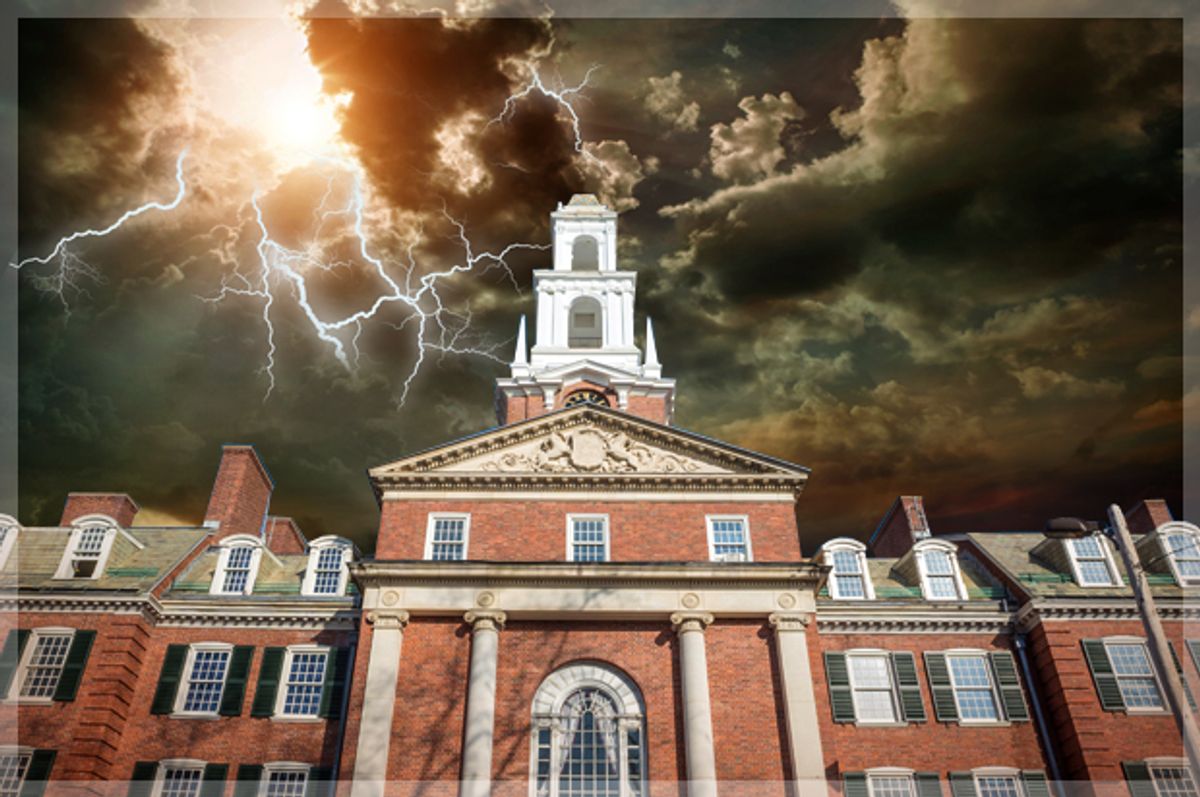 The student loan scourge – a way to make banks very rich and to leave young people with soul-crushing amounts of debt – is an issue that’s only starting to get a real hearing. Like the shame of for-profit colleges (those profits, by the way, mostly come from your tax payments) and the crisis of university teaching (the way adjuncts can work full-time and earn something like minimum wage and no health coverage), the issue has mostly been brought up by the left press. But none of these topics have entirely caught on, among the political left or anywhere else.

So we were happy to see a piece in Sunday’s New York Times by the cultural critic Lee Siegel about the loans he, as a son of a middle-class family with shaky finances, took out to go to college in the '70s.

Years later, I found myself confronted with a choice that too many people have had to and will have to face. I could give up what had become my vocation (in my case, being a writer) and take a job that I didn’t want in order to repay the huge debt I had accumulated in college and graduate school. Or I could take what I had been led to believe was both the morally and legally reprehensible step of defaulting on my student loans, which was the only way I could survive without wasting my life in a job that had nothing to do with my particular usefulness to society.

I chose life. That is to say, I defaulted on my student loans.

The story left me scratching my head. Not because I wasn’t convinced or didn’t like the piece – I’m a longtime admirer of Siegel’s Maileresque criticism. But it had me wondering why I’ve continued paying my own loans, which – at the risk of engaging in a bit of Maileresque one-upmanship – I will all but bet are significantly higher than the ones Siegel walked away from.

What free-market-worshipping rich people and Republican politicians don’t understand how easy it is to fall into the student-loan trap: Mitt Romney’s advice to college students to "shop around" for a good deal struck us as a bit like W. telling the millions of Americans who lacked medical insurance during his term that they were welcome any time in the nation’s emergency rooms.

So how does it happen that you land into the mountain of debt that many millennials and Gen Xers are staring at? In my case, I started out as someone in the financial middle, with two educated parents whose college years took place before the ballooning of costs. After I graduated from high school in 1987, I enrolled at a private liberal arts college – Wesleyan – that was even then vastly more expensive than what middle-class professionals could afford. They took out huge loans, and so did I, as well as working every summer at crummy restaurants and doing various kinds of work on campus. I don’t regret it for a minute – I got an incredible education there, and the loans were not crippling at first.

But when I graduated in 1991 and was dropped into the Bush I recession, which meant low earnings at a new series of restaurants and a record store, I deferred my loans briefly, and took the only path that seemed likely to get me into a profession – journalism school. This was a public university I only attended for just two years. But as an out-of-state student – and in a period where grants were starting to disappear -- the loans were much higher than they’d been for college.

Twenty one-years later, I’m still paying them. In fact, after 15 years of steady employment where $250 a month was not that big a deal, the Bush II recession cratered my job in 2008, and even on paltry freelance earnings, I kept dutifully paying every month. I’ll pay until my own son, who just completed third grade, is ready for college. The problem with student loans is that everything has to go right for it to work out for you. When I was young, I figured they would. Post-recession, I see that educated, middle-class people can be screwed just as thoroughly as the working class and poor, even if most of us have more cushion.

So who’s right – Siegel, who bailed on his loans, or me, who has now paid more than $60,000 in addition to what my folks paid? I suspect he is probably smarter than me.

For millennials, of course, the situation is much worse and more widespread. The Times ran a large piece ran in 2012, looking at a wide range of recent graduates, and began this way: “Kelsey Griffith graduates on Sunday from Ohio Northern University. To start paying off her $120,000 in student debt, she is already working two restaurant jobs and will soon give up her apartment here to live with her parents. Her mother, who co-signed on the loans, is taking out a life insurance policy on her daughter.”

The story, “A Generation Hobbled by the Soaring Cost of College,” put it all in context: “With more than $1 trillion in student loans outstanding in this country, crippling debt is no longer confined to dropouts from for-profit colleges or graduate students who owe on many years of education, some of the overextended debtors in years past. As prices soar, a college degree statistically remains a good lifetime investment, but it often comes with an unprecedented financial burden.”

There’s also this forceful Matt Taibbi story in Rolling Stone, in which he calls the student loan status quo “a shameful and oppressive outrage that for years now has been systematically perpetrated against a generation of young adults. For this story, I interviewed people who developed crippling mental and physical conditions, who considered suicide, who had to give up hope of having children, who were forced to leave the country, or who even entered a life of crime because of their student debts.”

This is worse, let me point out, than what Siegel and I have dealt with.

Politically, the subject is not entirely dead, but it’s not as sexy as the topics that obsess the left (these days, Caitlyn Jenner and the Duggars) or the right (guns, “liberty,” Obama’s treasonous presidency.)

There has been a bit of political talk about the skyrocketing of college costs – much of it due to extra layers of administration and huge expenditures on appealing perks to lure in students during recruitment to keep enrollment numbers up, like fancy gyms and luxury dorms. And there’s been a bit of grumbling in Washington about the loan crisis. The Obama administration kept rates from doubling, and Elizabeth Warren and Bernie Sanders have taken the issue seriously. Sanders has suggested, in fact, that we make higher education tuition-free the way some Northern European countries do, seeing it as an investment in the nation’s health.

But it still seems like the subject could stay on the back burner for another decade or two.

There are many issues where millennials, Xers like me, and younger Boomers like Siegel who came of age after the postwar boom are on different sides of the aisle. There are a lot of cultural reasons we sometimes speak past each other. Typically, we don’t even share taste in music.

Let’s make the crisis of college costs and student loans an issue where we put aside our differences. Education is too important for it to carry so crippling a price.