Tunde Adebimpe goes full-Targaryen on us 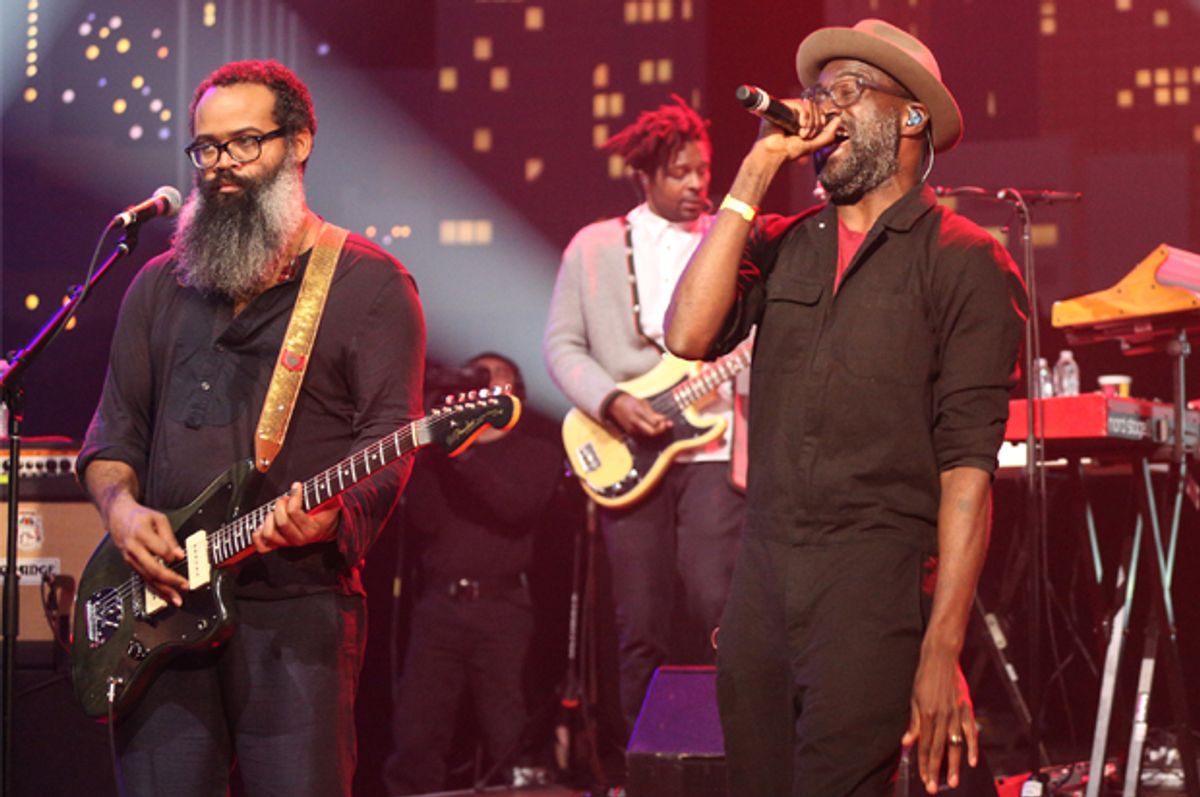 Brooklyn-based indie outfit TV on the Radio had a very special encore in store for lucky audience members of their Brisbane show Tuesday night: a cover of the "Game of Thrones" theme song -- which was not, for the record, a goofy trance remix.

TV on the Radio has previously been featured in a trailer for the HBO show with their cover of David Bowie's "Heroes." For this occasion, however, we got to see frontman Tunde Adebimpe unleash his inner Targaryen on us, chanting "Mother of Dragons."

A fan in the audience captured footage of that performance, which you can watch below:

Australia Game Of Thrones Tv On The Radio Video