Telling a man "I want to destroy your d*ck" might not be the most educational approach, but it is kind of funny 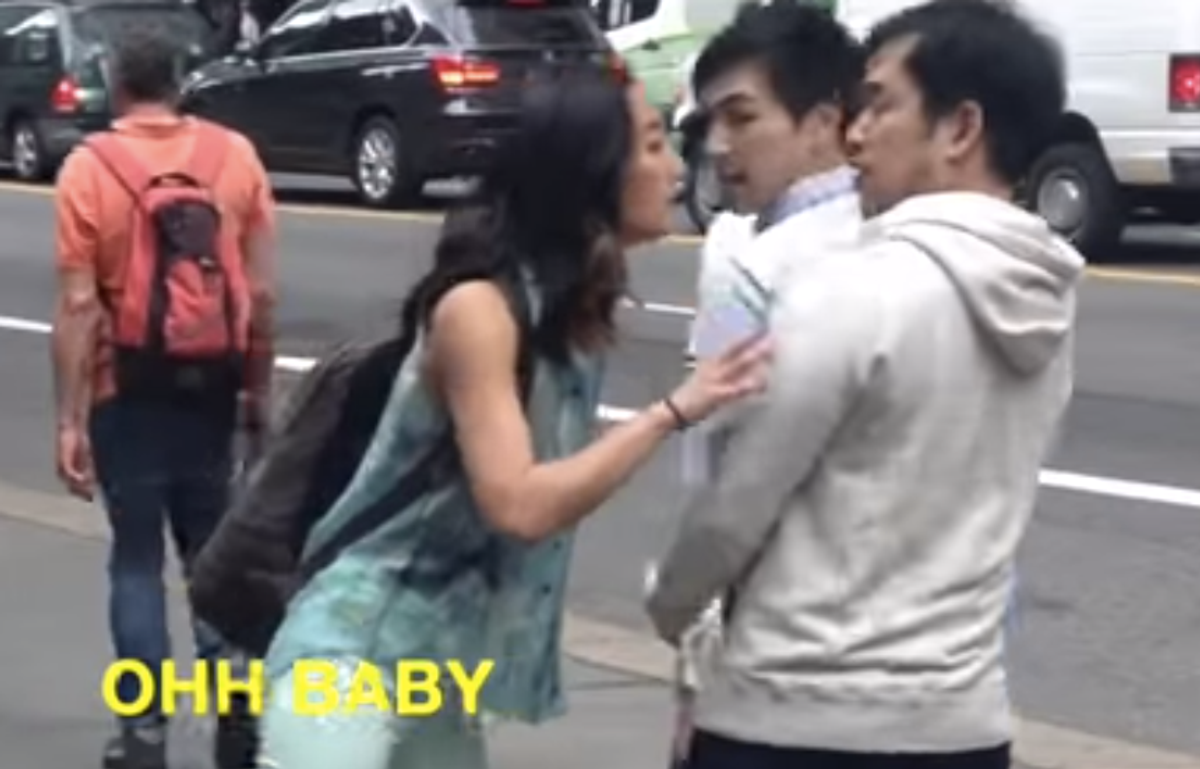 In case you haven't heard, street harassment of women is a serious problem, especially in New York City. Oftentimes, men who have never experienced the phenomenon of having a complete stranger say something along the lines of, "Damn, I know you look good under that coat"* as they descend the stairs to the subway, do not understand why catcalling can be anything from troubling or uncomfortable to threatening and dangerous.

So, to illustrate the point, two female comedians decided to catcall men in New York's Bryant Park, with Ginny Leise filming her partner SJ Son as she whispered leering comments at random male strangers. But, as Son and Leise quickly discovered, men didn't seem too upset about a young woman telling them she wanted to "destroy their dicks," and in fact seemed rather thrilled at the idea. So, not too many lessons about street harassment learned -- but a funny thing to watch.

Check out Son and Leise's experiment below:

*This is a real thing a strange man has said to me.