"I can't think of a single person who would be bothered by this," the host went on to say 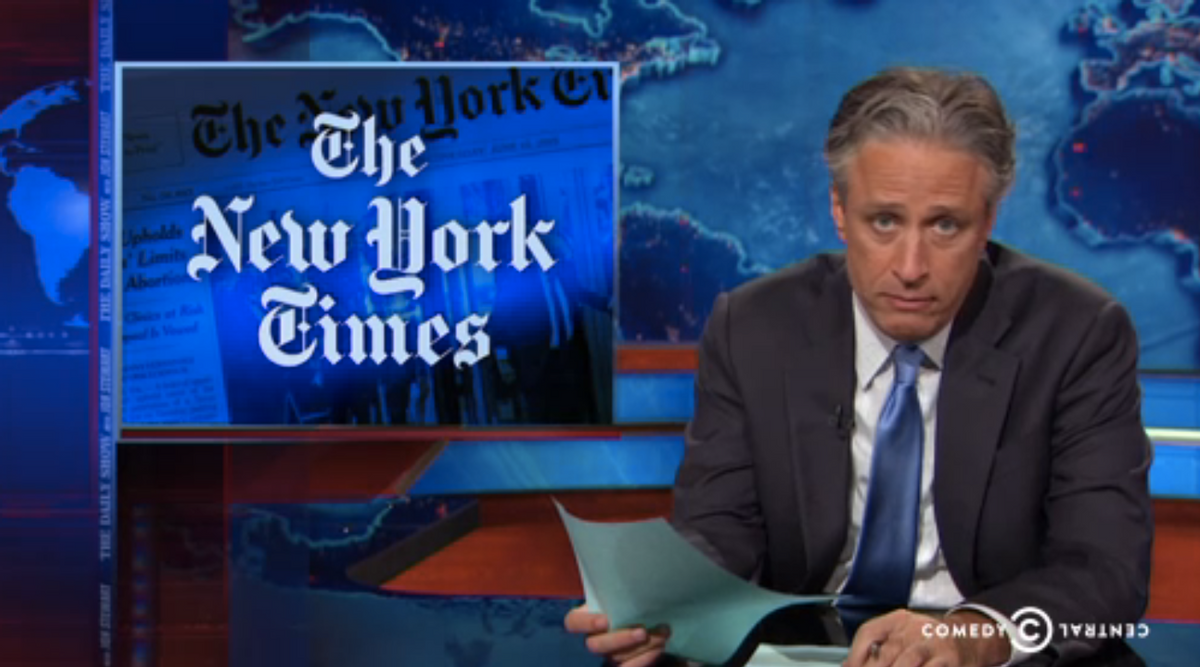 Jon Stewart is usually all in when it comes to publicly shaming Sen. Marco Rubio (R-FL) -- otherwise known as J-Crubio -- but the "Daily Show" host admitted Wednesday night that the New York Times had taken things a bit too far when it ran a damming story examining Rubio's "financial blunders" on the front page, which noted he had just purchased a boat for $80,000.

"How is this front page news?" Stewart asked. "I can't think of a single person who would be bothered by this."

The Times reported in its story that Mitt Romney had "flagged" Rubio's expenditures while running for president in 2012, before selecting Paul Ryan (R-WI) as his running mate.

“I don’t know that Mitt Romney’s the guy to vet people on responsible spending,” Stewart said. “$80,000 on a boat slightly pales in comparison to spending $52 million on a losing pipe dream. At least Rubio’s got a boat to show for it.”