"We think we really nailed it" 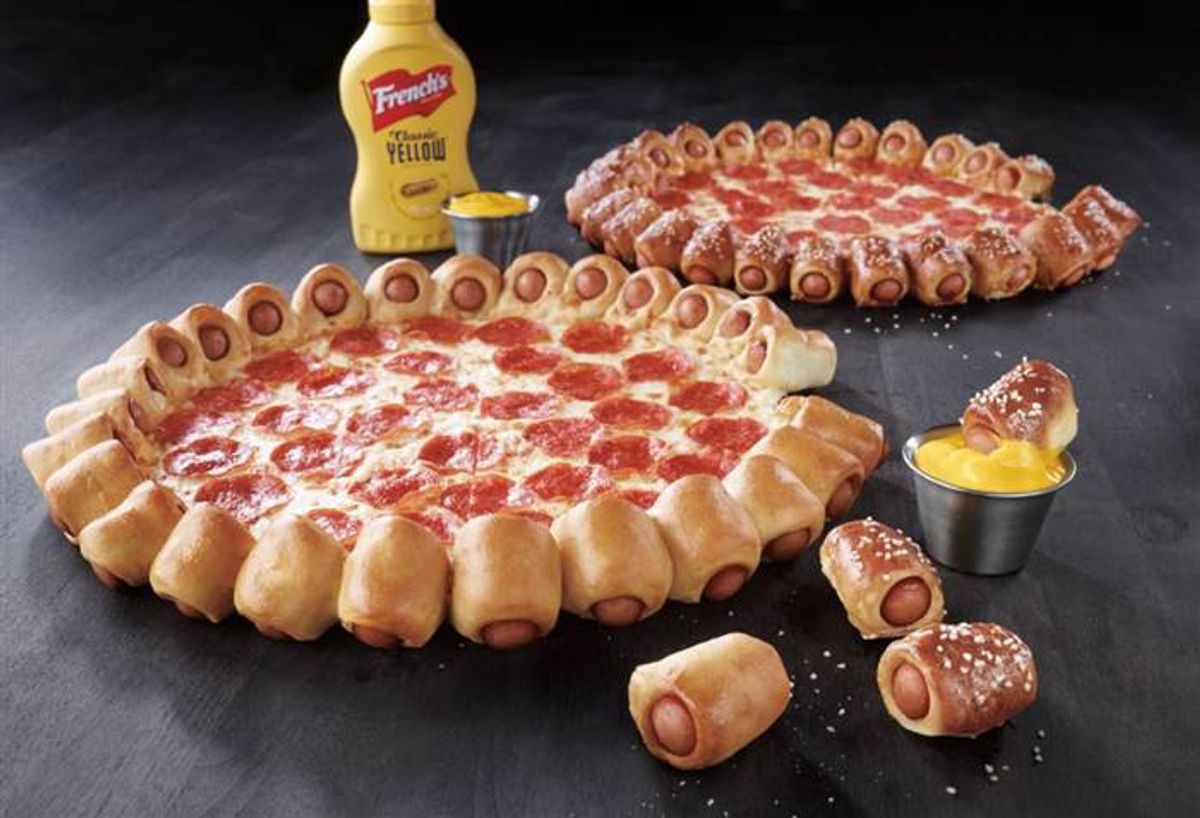 Pizza Hut recently completed a brand overhaul which aimed to present the pizza chain as a restaurant geared toward millennials concerned with quality and interesting, diverse ingredients. It expectedly flopped because people are not going to Pizza Hut for sriracha. In fact, they are not going to Pizza Hut at all -- they are ordering Pizza Hut from under a blanket with the intention of shame eating an entire pie while your boyfriend is on a week-long business trip in New Orleans.

The pizza has been slowly crawling towards us for eight years now, making its way from South Korea to the U.K. to Canada.

Unlike its predecessors, which were surrounded by one continuous, hot dog-filled crust, the American version will be surrounded by 28 individual hot dog bites, making this a truly customizable experience.

A single topping Hot Dog Bites Pizza will be available at all U.S. Pizza Hut locations beginning on June 18 for $11.99.

"We wanted to do [the pizza] in a way that was true to the way that an American would interact with two of their favorite foods. We haven't done it this way anywhere else in the world and we think we really nailed it," said a Pizza Hut spokesperson. "Especially with the mustard on the side."