Boston Italian restaurants revolt: Get Olive Garden food truck and its sh*tty breadsticks out of our neighborhood!

Natives say: “It’s like if you took a P.F. Chang’s and put it in Chinatown” 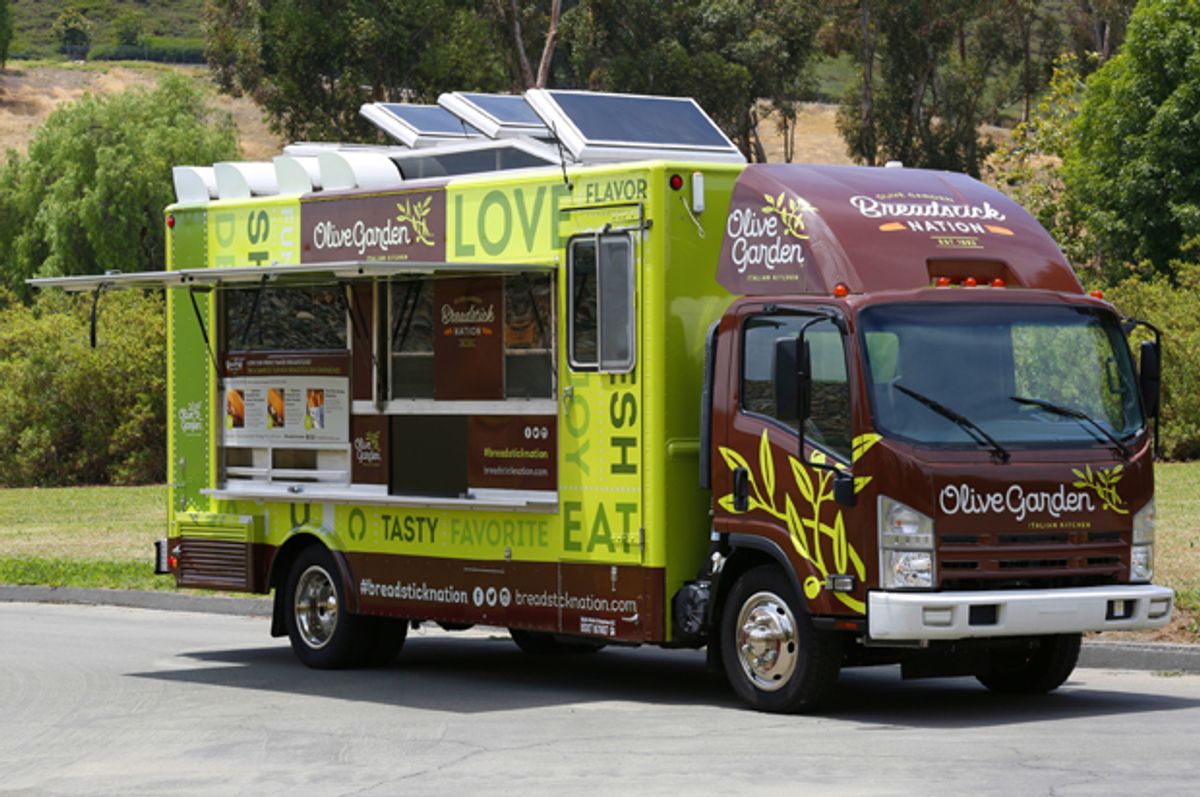 Olive Garden, everyone's favorite authentic Italian restaurant (jk), recently announced it'd be wheeling a food truck around Boston's foremost Italian neighborhood from Thursday to Sunday as part of a nation-wide tour to promote its latest breadstick sandwiches. (That's a breadstick with your choice of chicken or meatballs in the middle.)

"We are launching the trucks as a way to lean into the passion our guests have for our breadsticks and the excitement we heard from them when we announced that breadstick sandwiches were coming to the menu," Olive Garden spokesman Justin Sikora told the Orlando Sentinel.

North End restaurant owners aren't ecstatic about locals indulging in the mega-corporate dining chain's botched Italian dishes (no, no "uniquely Italian"), as you can imagine, and have already begun voicing their disdain.

“There is nothing authentically Italian about Olive Garden,” George Mendoza, owner of Monica’s in the North End, told Boston.com. “It’s an insult to everyone in the North End selling Italian food for more than 100 years.”

Mendoza went on to compare the concept of bringing a watered down Italian-American chain restaurant to an authentic neighborhood to “if you took a P.F. Chang’s and put it in Chinatown and passed around spring rolls."

While other restaurant owners noted that coming to the North End was most definitely a publicity stunt, to the restaurant-chain's credit, these stunts do work.

Look no further than Alex Martin who Salon.com's Joanna Rothkopf interviewed last year. The minister and father of two latched onto a limited-time offer for a "Never-ending Pasta Pass" and gobbled down more than 100 meals from the chain in six weeks. No regrets.