"America needs a doctor and I am him" 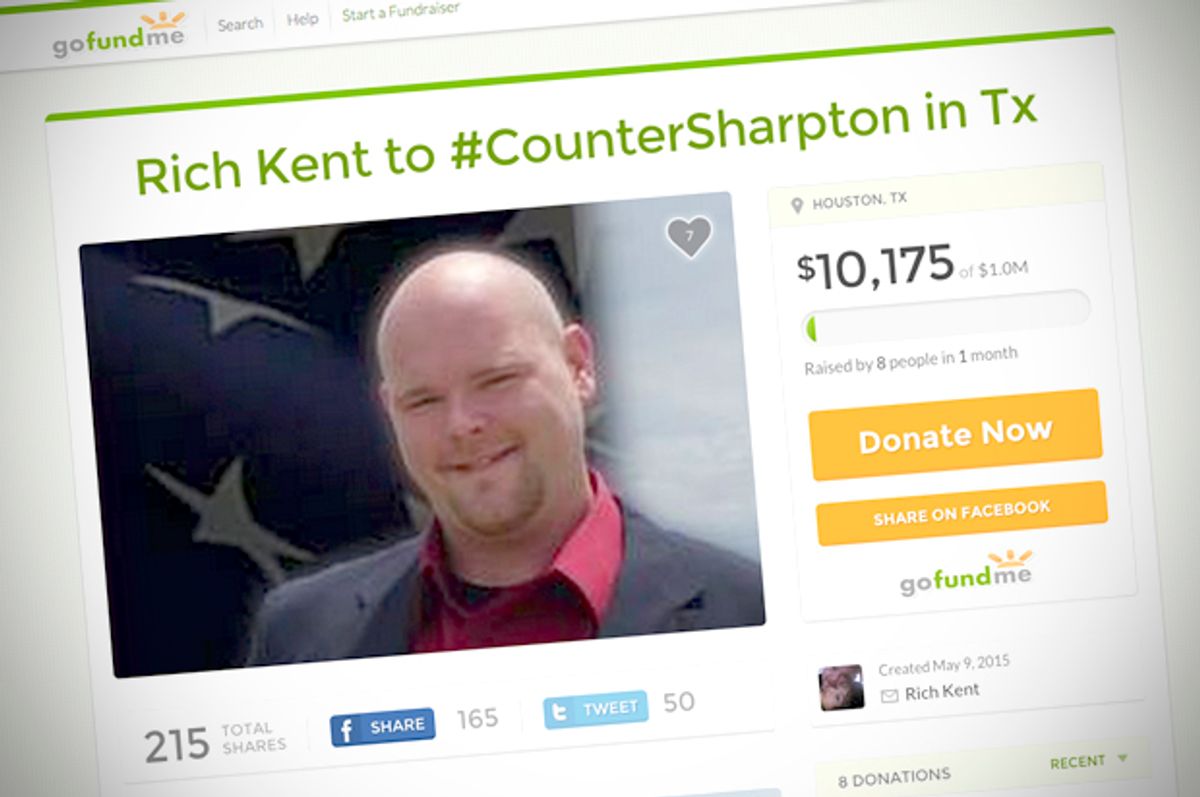 Proud Texan Rich Kent is red-blooded America's new savior, according to Rich Kent. The thing is, he's not totally sure what's going on.

In a video posted to his Facebook page, Kent warns Al Sharpton to leave Texas immediately or Kent will make him leave. The thing is, Sharpton isn't in Texas and never said he was going. In fact, on Saturday, Sharpton is scheduled to speak at the House of Justice in New York.

In an interview with USA Today, Sharpton says that he was made aware of the video of Cpl. Eric Casebolt shoving 15-year-old Dajerria Becton face-first into the ground. Sharpton commented on the incident, noting that the video demonstrated a police culture that has a "tendency to throw police procedures into the wind."

"This is not gonna be another 'Hands up, don't shoot,' crap in Texas. This is not goin' down, people," Kent says in the video. "I have already personally warned Al Sharpton and his little cronies. You leave Texas, and you leave Texas now... Texas is how America should be, people, we are multi-race, multi-diverse, multi-cultural, multi-religious. One thing in common? We stand for Texas and we stand for each other. Y'all messed up. You do not come after a Texan. This will not be Baltimore, this will  not be Ferguson. Do you understand me?"

He then warns Sharpton that he is coming to McKinney on Saturday at 10 a.m. at which point he will come to Sharpton's hotel to "run you out of Texas."

"America needs a doctor and I am him," Kent concludes.

Kent also started a GoFundMe page requesting $1 million to #CounterSharpton (although only 8 people have donated in the past month). The biggest donation (by far) is for $10,000 from an "Anonymous American." It is not clear what the money would go toward.

Dr. Kent, Sharpton is not coming to Texas any time soon. Take a breath.