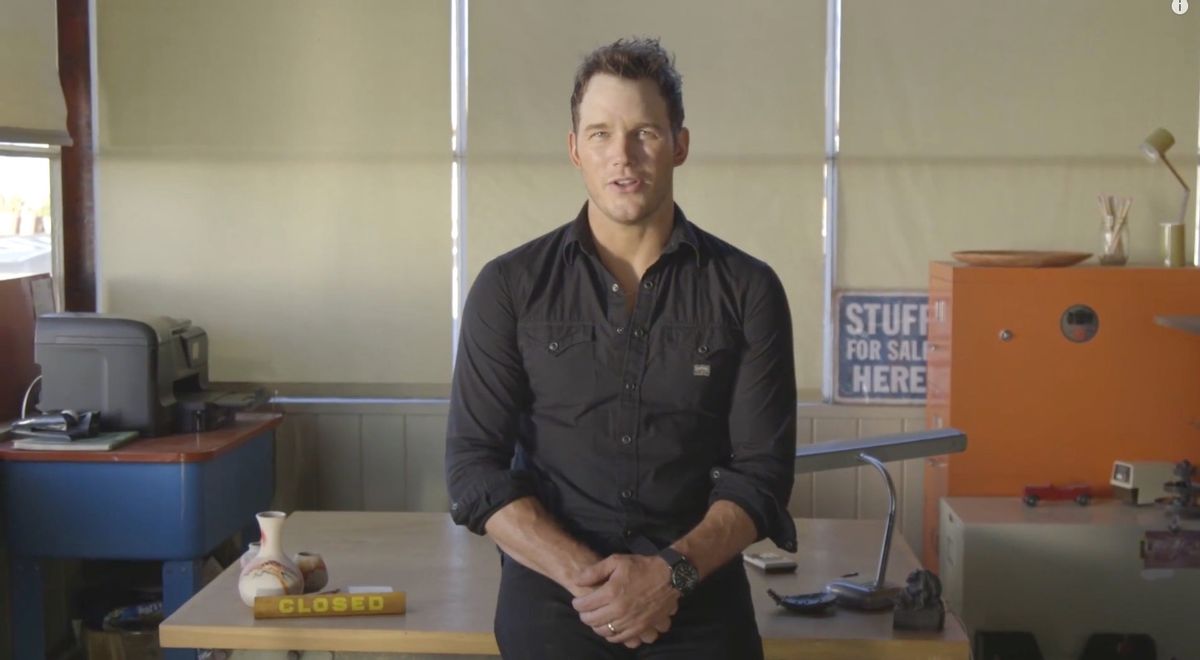 Regardless of how you feel about “Jurassic World” as a work of cinema, I would argue that the film's mere existence benefits society at large, in that it gives the world a chance to experience the parade of unending delights that is a Chris Pratt Press Tour. As Lauren Duca wrote over at the Huffington Post, "Chris Pratt is hot and nice and funny. Watching him do anything is like being asked out on a date while cuddling a puppy and finding out Nutella has fewer calories than you thought all at the same time. He is the best!" No disagreement there! Pratt is a national treasure. Here are some of the highlights from his past few weeks doing the media rounds:

1. When he did a Reddit AMA and was SO enthusiastic about dinosaurs:

"Not just saying this but probably the velociraptor. They are pack hunters and super cool. But also I love the Mosasaur. That's the water dinosaur thing from the trailer that is SO FUCKING BADASS! Funny story, before I got Jurassic Park I gave James Gunn a wrap gift of an authentic Mosasaur Jawbone Fossil. So basically I can control the future.”

2. Even though he still knows less about dinos than the 'Apparently' kid:

3. When he revealed that he sends poop pics to Nick Offerman. As he said in his GQ profile:

“If it’s shaped like a letter—that qualifies. Like, one time I had one that was three pieces that landed in the shape of an N—I was like, ‘Gotta send that to Nick—it’s his first initial!’ If it’s extra…the size. You know, some poops are unremarkable, and some you take pictures of and send them to Nick Offerman.”

4. When he made up awesome new lyrics to the “Jurassic World” theme song:

5. When he got drunk and gave us all an acting class:

6. And when he showed his fellow movie stars (cough Avengers) what a proper press tour apology looks like -- even though he hasn’t done anything wrong yet. As he wrote on Facebook:

"I want to make a heartfelt apology for whatever it is I end up accidentally saying during the forthcoming ‪#‎JurassicWorld‬ press tour. I hope you understand it was never my intention to offend anyone and I am truly sorry. I swear. I'm the nicest guy in the world. And I fully regret what I (accidentally will have) said in (the upcoming foreign and domestic) interview(s). I am not in the business of making excuses. I am just dumb. Plain and simple."

7. When he demonstrated how he does all his own stunts:

8. When he talked a lot about his nipples:

9. When he sang with Jimmy Buffett at the "Jurassic World" premiere after-party:

10. When he proved that Bryce Dallas Howard isn’t the only one who can run in heels:

11. When he acknowledged that he had only three faces in the movie:

12. When he explored the wonderful world of Dinosaur erotica:

13. When he proved that he can do a spot-on Essex accent:

14. When he diverged from Dino-talk to discuss how "Guardians of the Galaxy 2" made him cry:

15. And when he was such a good sport during the world's most cringeworthy fake interview: