"If we don't act now, we're all going to pay": 5 arguments for climate action that even conservatives can't ignore 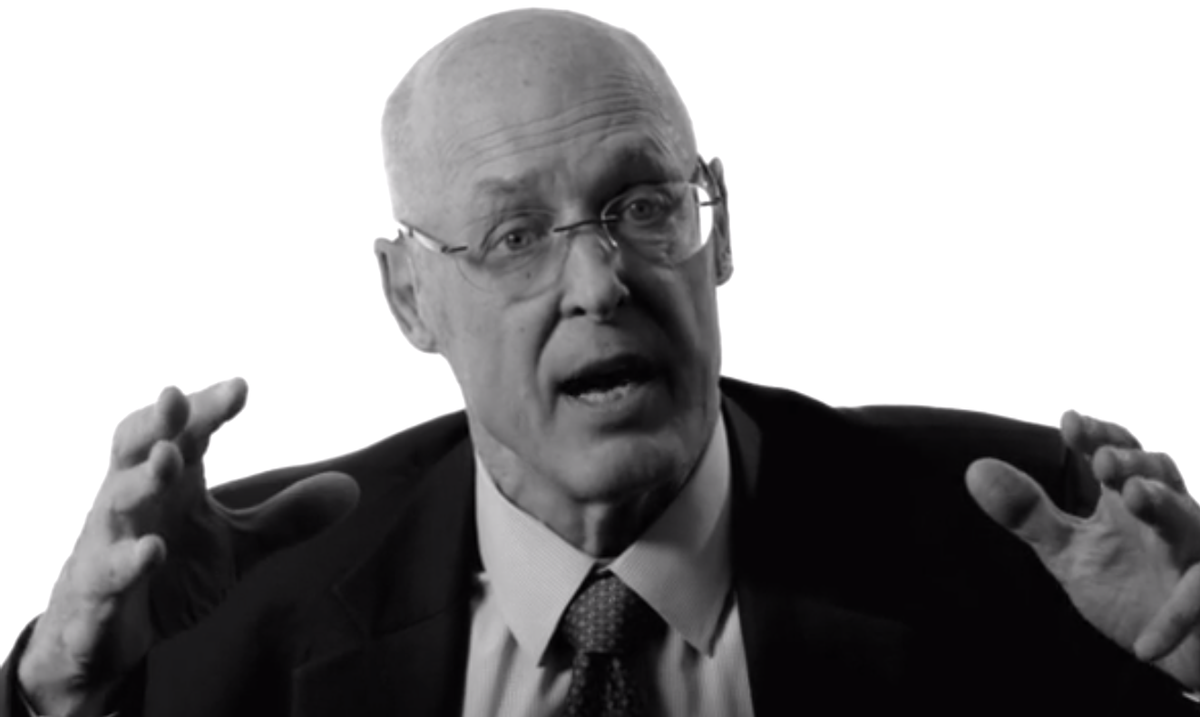 Hey, conservatives: Climate change is your issue, too. And the Weather Channel's going to tell you about it.

A new video project features "The Climate 25," a group of "forward thinking leaders" cutting past the political debate over climate change and pushing the conversation forward to the urgent need for solutions -- in the interest of economics, national security and our overall well-being. The voices featured in short, shareable clips are wide-ranging, but there's a specific emphasis on engaging conservatives who, the Weather Channel hopes, just might be surprised about what some highly respected figures have to say.

Check out their arguments for yourself, and perhaps consider sending them along to your favorite conservative:

Why conservatives might listen: The former vice president of the climate denying Heartland Institute, Lehrer left to co-found the R Street Institute, and is currently its president. Like Heartland, R Street espouses free markets and limited government; unlike Heartland, it does not oppose the sound science of climate change.

The Message: "...The insurance companies -- the market players who are affected by climate change -- all incorporate climate change, in one form or another, into the models they use and into the rates they charge. This is the free market's validation that climate change is real and a problem."

Why conservatives might listen: A Republican, she served as the Administrator of the Environmental Protection Agency under President George W. Bush.

The Message: "You can't say that environmental regulation automatically causes the economy to stop. It doesn't. It's a wrong way to frame the issue, because they each need the other. You cannot have a thriving economy if people don't have clean air to breathe or clean water to drink or good quality of life."

Why conservatives might listen: A former U.S. Representative for South Carolina, he remains a member of the Republican Party and advocates for free-market, conservative solutions to climate change.

The Message: "My fellow conservatives, we sort of break out in hives at the mention of the word 'carbon' and go into anaphylactic shock when we hear the word 'tax.' The idea is to put a tax so we charge to put emissions into the trash dump in the sky. You fix economics, and the environment will take care of itself. But if I'm 'Inglis Industries' and if you let me get away with dumping in the trash dump in the sky without accountability, I'll do it all day long."

Why conservatives might listen: He's a retired rear admiral, meteorologist and Navy oceanographer, making him an expert on both climate science and national security issues.

The message: "[Climate change is] a change to the physical environment, or in Department of Defense speak I would call it the physical battle space. And we need to understand that, adapt to it, and to the degree we can, get ahead of it. Because literally the nation's defense is at stake...It really is in our interest -- it's in everyone's interests -- to be ready."

Why conservatives might listen: The former chairman and CEO of Goldman Sachs, he served as Treasury Secretary under George W. Bush.

The Message: "It's a huge economic risk...it's going to be much more expensive if we wait. As a matter of fact, I think the risk to our economy has the potential to add a lot more debt, slow economic growth, destroy jobs -- if we don't act now, we're all going to pay."