"There's no way to stop people from going into the water," the emergency services director said 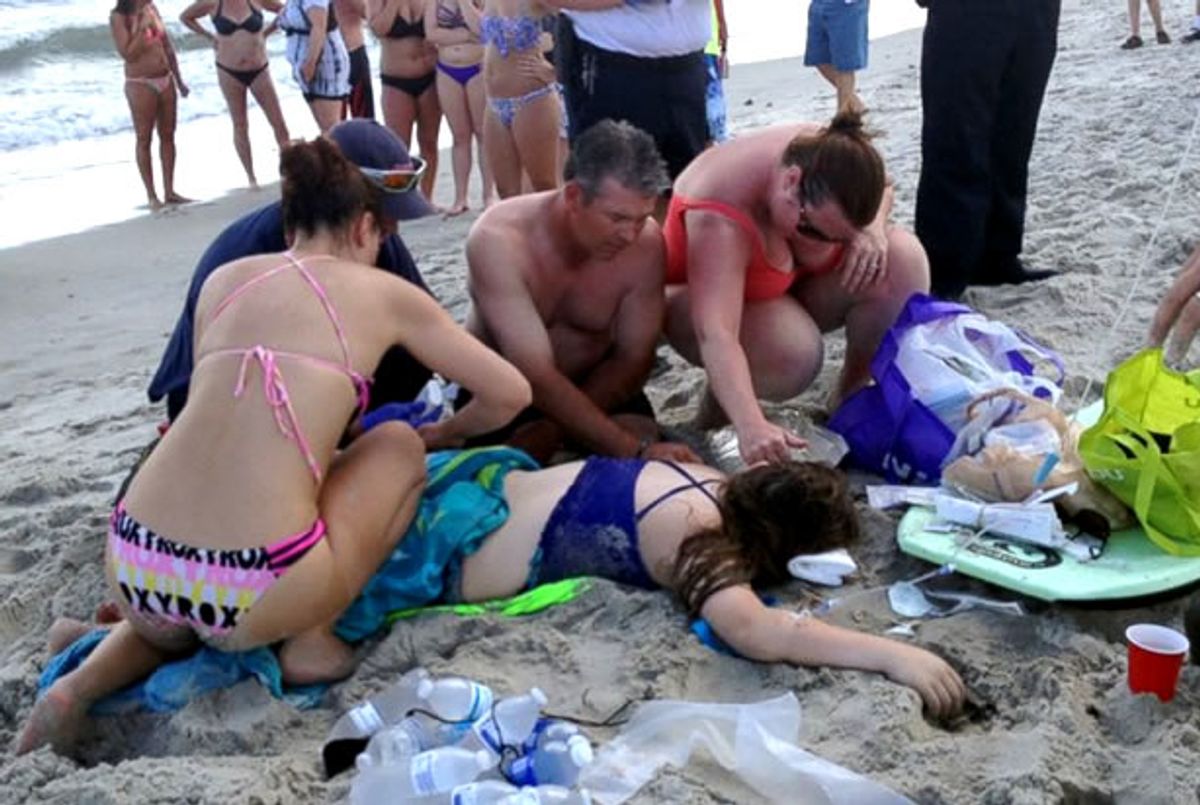 A 12-year-old girl and a 16-year-old boy both lost limbs yesterday in a series of shark attacks in Oak Island, North Carolina, ABC News reports.

According to authorities, both victims were approximately 20 yards offshore and in waist-deep water when they were attacked. They said that it's not clear whether the same shark was involved in both attacks, or what kind of shark or sharks were responsible for the attacks.

Both victims were brought to the hospital in serious condition, but after the successful amputations of their left arms, both have been upgraded to fair. Brunswick County Emergency Services director Brian Watts credited their survival to the quick thinking of bystanders, who stanched the bleeding with makeshift tourniquets until emergency personnel arrived.

According to the International Shark Attack File, of the 72 shark attacks that occurred last year, 52 of them -- or 72.2 percent -- happened in waters off the coast of the United States.

Despite the attacks -- and the lack of information about the shark or sharks responsible for them -- the beaches of Oak Island were open for tourists on Monday morning. Emergency Services director Watts warned tourists not to go into the water, but said that because the municipality doesn't employ lifeguards, "there's no way we're going to stop people from going into the water. There's really no way to control that."

Watch a report on the attacks via Good Morning America below.