"I talked to my biracial children about what race they are and they don’t really care," she said 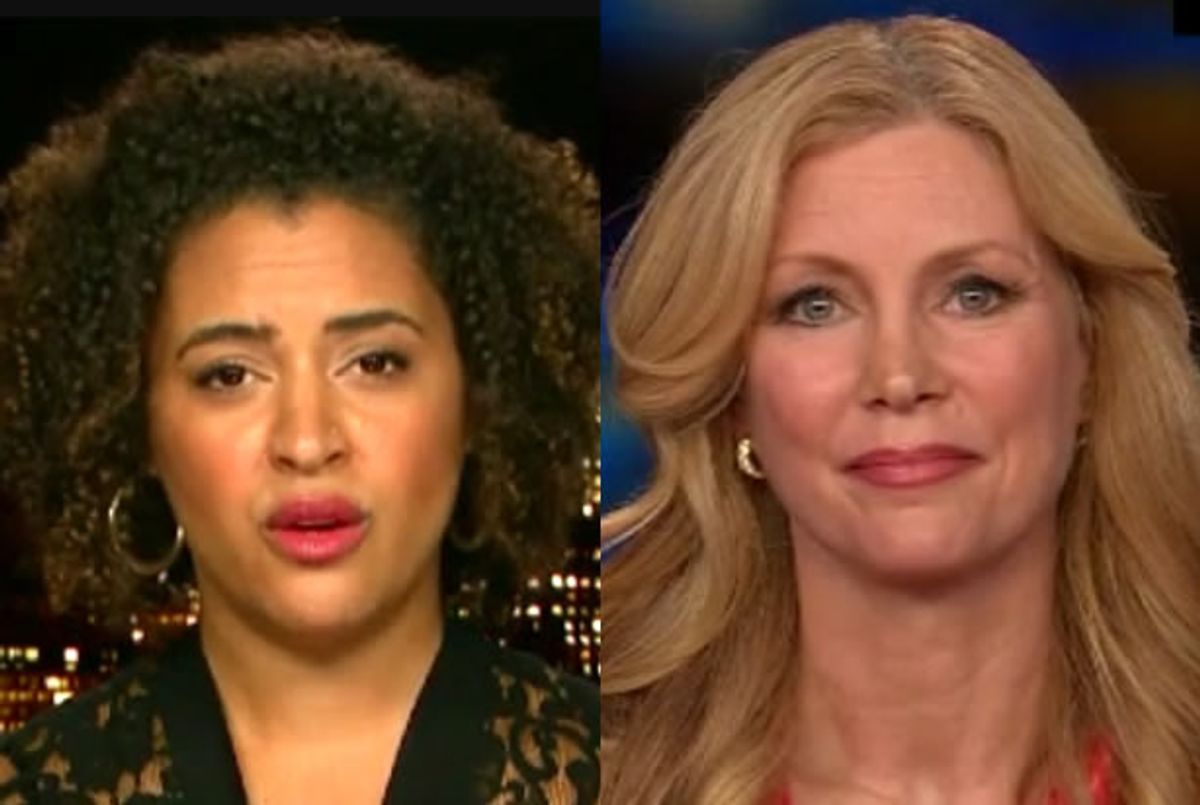 On Monday's edition of "CNN Tonight," Don Lemon hosted a conversation between Alicia Walters and Dr. Wendy Walsh on the validity of Rachel Dolezal's claims to black womanhood, but as David Edwards points out, the subject quickly turned to the white privilege behind Walsh's declaration that she understood the black experience because she has a multiracial family.

CNN's Human Behavior Analyst Dr. Walsh took umbrage at remarks by Walters, the founder of Echoing Ida, who claimed that having a multiracial family isn't commensurate with understanding the black experience.

"Having the right hairstyle and knowing our history, thank you white people, more people should history, that does not make you black in this country," Walters said. "It is deeper than that. And for somebody to say that simply wearing a hair style and performing blackness and that somehow speaking a certain kind of English means that actually you’re not, you know, stereotypically black because those things belong to white people, that’s incredibly offensive, it’s incredibly ignorant."

But Walsh was having none of it, comparing Dolezal to Caitlyn Jenner. She asked what would have happened if Bruce Jenner's psychiatrist had responded to his declaration that he's a woman by saying, "You're lying to me! You're not! I know you have a penis!"

"I can't speak to the mental state of Rachel Dolezal," Walters replied. "But what I can speak to is not to what she is, but what she isn't -- a black woman."

"Race in this country is constructed on a complex and interwoven set of factors," she continued. They include "who your biological parents are, what your heritage is, the legacy that come from, the lived experiences that you have of living that black experience in the context of the United States."

"Rachel Dolezal has no claim to the legacy of blackness," Walter added, explaining what she can claim is that "she appreciates black culture, that feels an affinity with black culture."

"We’re seeing it every single day at the same time that we’re having a conversation about whether or not fundamentally black lives matter there is volatile and visceral experience of being black in this country that I have personally experienced," she said. "There is value to that and we must name it. It’s not a hair style. It’s not an affinity for music or a history. It’s a lived experienced."

Walsh responded by saying that she "talked to [her] biracial children about what race they are and they don't really care. I have every single color under the rainbow, and we had this discussion on the bus, and nobody cares about race. It’s the last thing happening in our party bus right now."