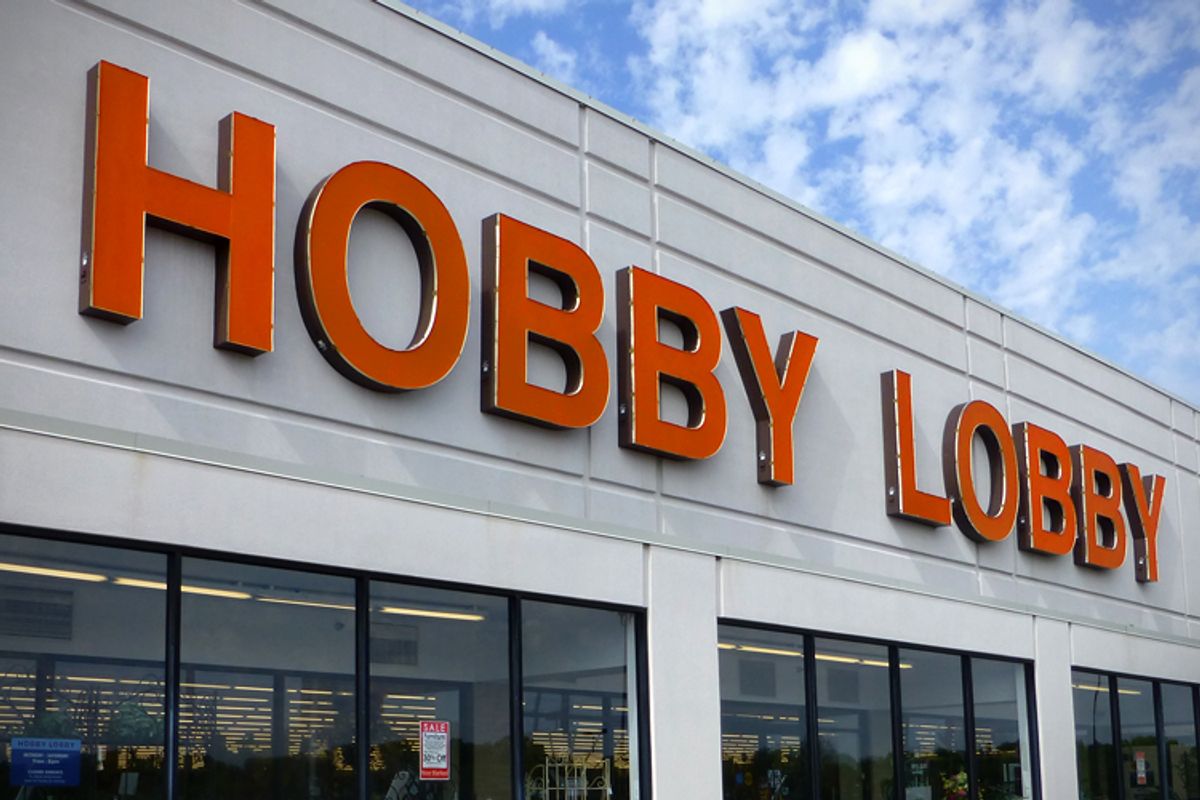 The House Appropriations Committee on Tuesday released a fiscal year 2016 funding proposal that, among its many provisions, dismantles the Affordable Care Act, eliminates funding for the Title X family planning program and includes something called the Health Care Conscience Rights Act that is essentially Hobby Lobby on steroids.

Here’s the part of the Labor, Health and Human Services funding bill that would eliminate Title X funding unless the program meets a certain ideological (read: abstinence-focused) criteria:

None of the funds appropriated in this Act may be made available to any entity under title X of the PHS Act unless the applicant for the award certifies to the Secretary that it encourages family participation in the decision of minors to seek family planning services and that it provides counseling to minors on how to resist attempts to coerce minors into engaging in sexual activities.

And here’s the part of the proposal that would let your school or boss determine whether or not your insurance covers contraception or any other form of healthcare they may not like:

Notwithstanding any other provision of this title, no provision of this title (and no amendment made by any such provision) shall… require a sponsor (or, in the case of health insurance coverage offered to students through an institution of higher education, the institution of higher education offering such coverage) to sponsor, purchase, or provide any health benefits coverage or group health plan that includes coverage of an abortion or other item or service to which such sponsor or institution, respectively, has a moral or religious objection, or prevent an issuer from offering or issuing to such sponsor or institution, respectively, health insurance coverage that excludes such item or service.

Title X was enacted in 1970 and remains the only federal grant program dedicated exclusively to supporting family planning and preventative health services. It currently serves somewhere around 4.7 million low-income people, connecting them to things like pap smears, cancer screenings, STD tests, birth control and counseling about how to space out pregnancies and plan for the families they want.

For people who aren’t eligible for Medicaid and can’t afford to see a doctor, Title X-supported clinics are lifesaving. (Literally: think of the cancers that are caught early, the STIs that are identified and treated, the contraception available to a woman with health complications that make pregnancy a dangerous possibility.)

"For many of these women and men, a Title X-funded health center is their only access point to the health system and the only health care they receive all year," Clare Coleman, president & CEO of the National Family Planning & Reproductive Health Association, said in a statement on the proposal.

“As difficult as the past five years without new resources have been, today’s funding proposal is simply a non-starter," she continued. "The network of publicly funded family planning providers that has long been underfunded has already been eroded. Fewer resources would set off a cascade of effects that would push the family planning safety net beyond its breaking point -- prompt health center closures, force layoffs among clinicians and administrators, and severely cripple service delivery capacity, all of which translate to fewer women and men who would be able to access the critical health care they need."

It’s an incredibly successful program in terms of getting people healthcare. It also happens to be cost effective as fuck.

According to a 2006 report from the Guttmacher Institute, each dollar invested in Title X saved $3.80 in Medicaid expenses related to pregnancy and childbirth. A 2014 report with an updated data set from 2010 found that every dollar invested in family planning, including Title X, saved around $7.09 in public expenditures. Yet another Guttmacher analysis found that the services provided by Kansas’ Title X clinics in 2010 helped save the state more than $61,000,000 in public funds. “That accounts for savings from reduced maternity and birth-related costs, along with reduced costs related to miscarriage and abortion and savings related to [sexually transmitted infection] screening and cervical cancer prevention services,” according to the report.

But the subcommittee seems to have averted its eyes from available data. Despite making cuts to a proven public health program that saves taxpayers millions of dollars, Oklahoma Rep. Tom Cole, the Republican chairman of the Labor, Health and Human Services subcommittee called the proposal smart budgeting.

"This is a fiscally responsible bill that reduces discretionary spending by nearly $4 billion," he said in a statement. "At the same time, by carefully reprioritizing where taxpayer dollars are spent, the bill increases funding for important programs that benefit the American people.