Paul pranked fans this weekend with the announcement of a "BB" spin-off. This project, Hulu confirms, is for real 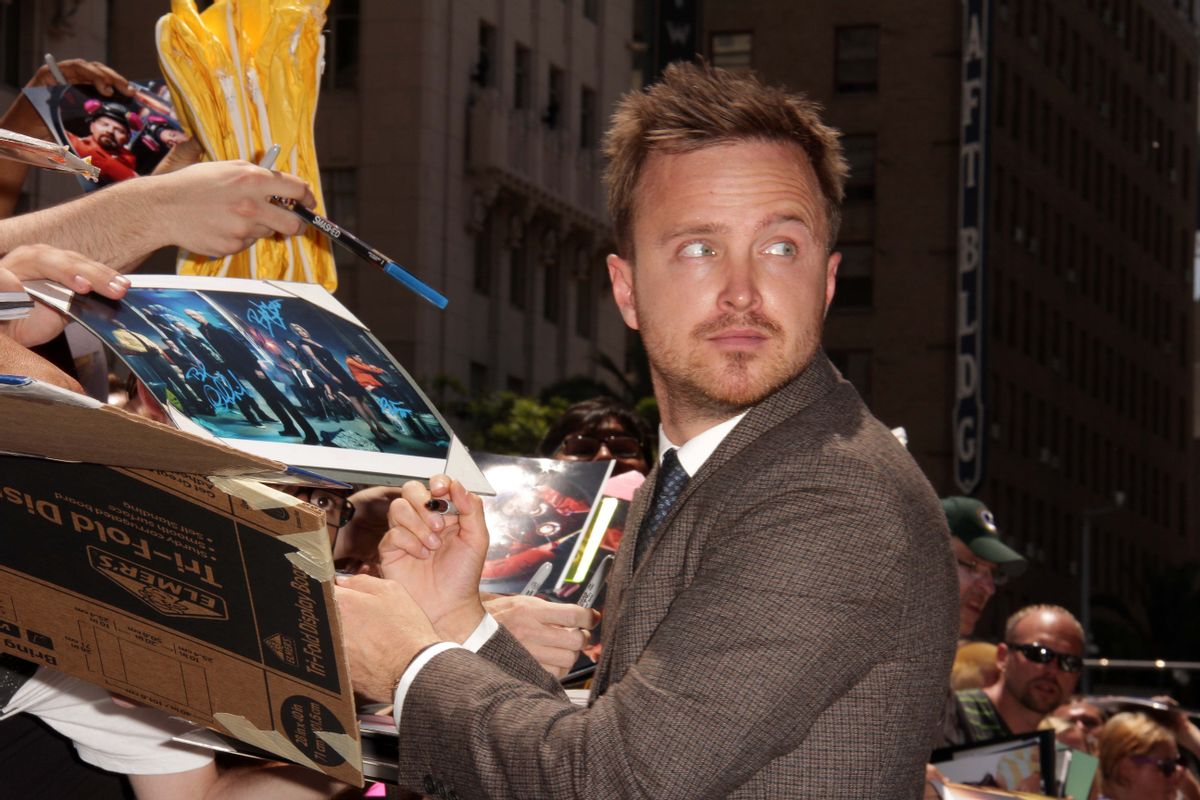 The Boy Who Cried "Breaking Bad," known more widely as Aaron Paul, has signed onto the Hulu original series "The Way" today. No need to fear; it is not a prank this time, Hulu confirms.

Paul, who recently came under fire for pranking "Breaking Bad" fans with the promise of a Jesse-centric spinoff (and then pulling out with a cheap "jk!"), will star as the male lead opposite Michelle Monoghan in the Jason Katims-fronted drama.

Paul will also be taking on the role of co-producer for the 10-episode project.

According to the press release via Hulu:

Paul will play Eddie Cleary, a convert to a controversial movement with a wayward past. He’s a husband (to “Sarah Cleary” played by Michelle Monaghan) and father who suffers a crisis of faith when all that he’s come to accept as truth in his life is fundamentally challenged. The Way examines a family at the center of a controversial movement struggling with relationships, marriage and power, with each episode taking an in-depth look at what it means to choose between the life we live and the life we want."

The series is currently slated for a winter premier.