Aziz Ansari is the "Santa Claus of modern dating": The comedian gifts the world with the key to dating in 2015 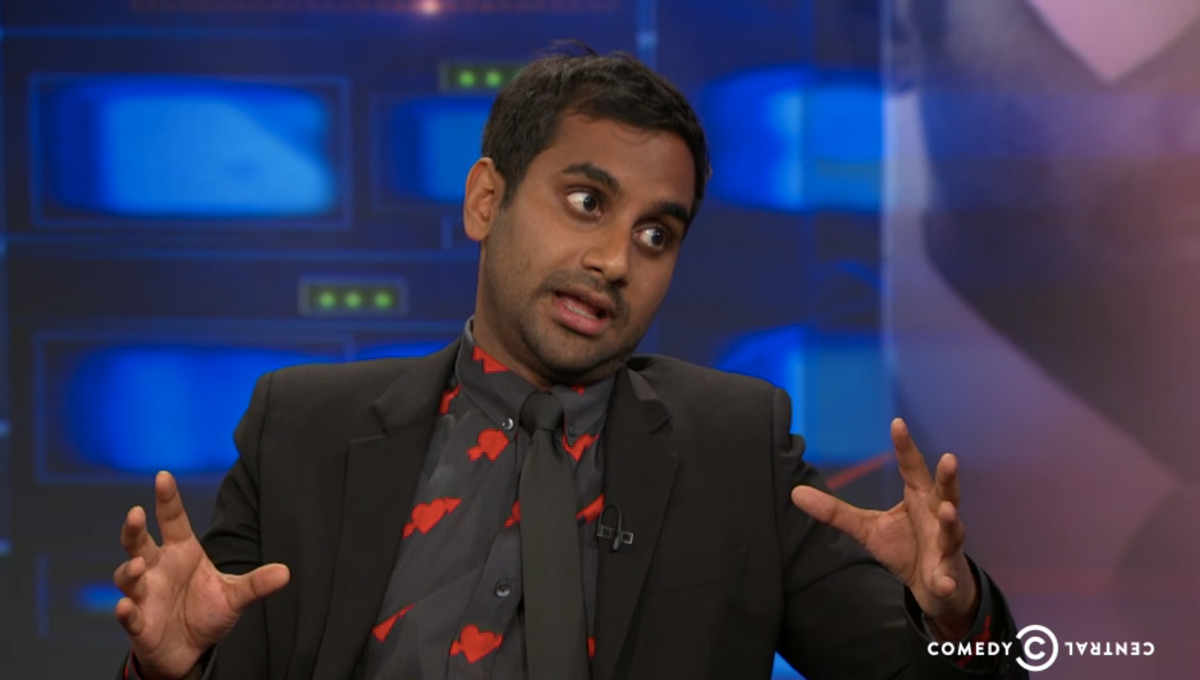 Comedy machine Aziz Ansari cuts no corners. The actor, comedian -- and now published author -- visited the "Daily Show" Tuesday night to talk about "Modern Romance," which unlike many of the books penned by comedians these days, is a real book with real science and very real, extensive research in it.

As part of his research on modern dating, Ansari spoke with psychologists, sociologists and dating service heads. He even visited nursing homes to understand generational differences and held focus groups in cities, small and large.

The most eye-opening moment during his book research came during a trip to Japan, he told Stewart. Ansari was expecting something much different from a country so "technologically advanced" ("they're probably on the cutting edge of online dating and apps!"). What he found was a dating crisis of sorts.

Forty-six percent of women between the ages of 16 and 24 "despise" sexual contact there, according to one survey Ansari included in his research.