GOP candidates' Trump Test: If The Donald is beating you by the first debate, drop out 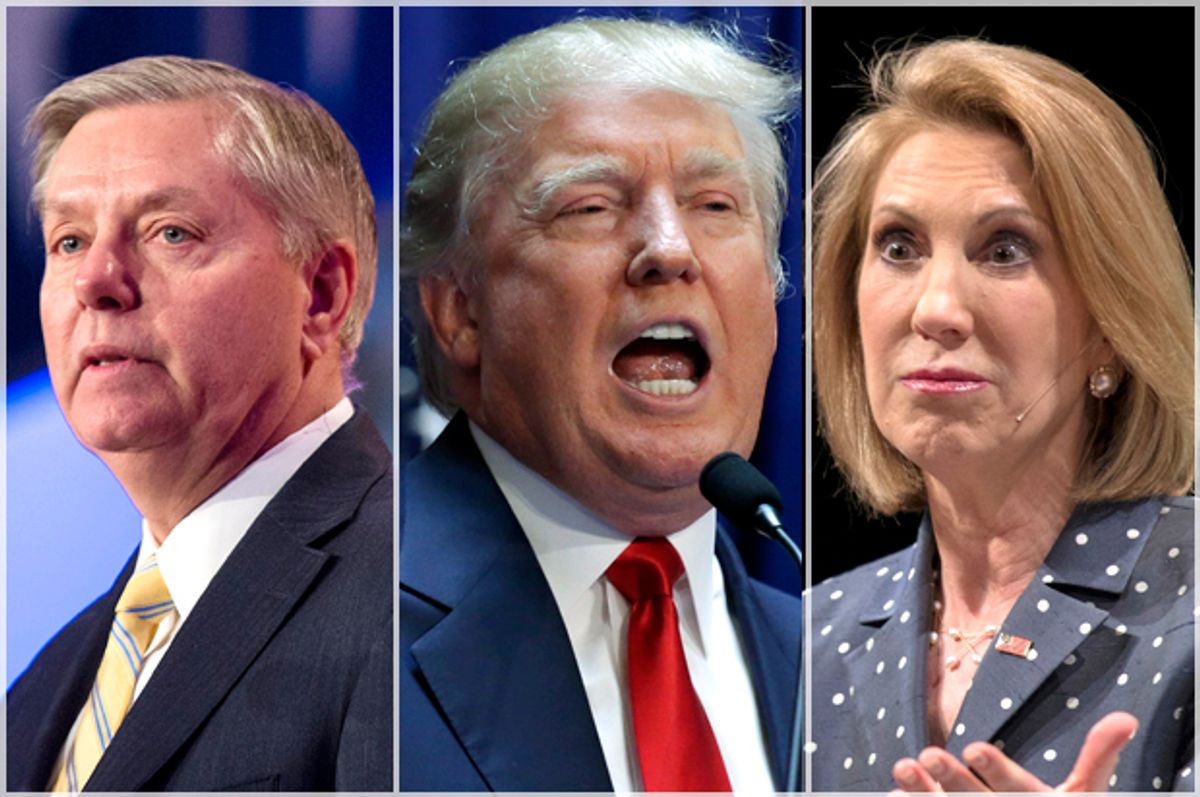 Despite what he said yesterday, Donald Trump is not an official presidential candidate. As of this writing he has not submitted a statement of candidacy to the FEC yet, though he has 15 days to do that. (Salon has emailed multiple members of Trump's team about when it plans to file with the FEC, but has not heard back.) We have written repeatedly not to believe him until we see the FEC filing, and we're sticking to that, because Jesus Christ, what the hell is even going on.

Because, well, we don't want to get our hopes up too much. If and when Trump does file his paperwork, it will be a time for glorious celebration. It will be so funny. It will be a very beautiful, very classy piece of paperwork he submits. He will make a yooge impact on this race, a very bigly impact. He will make us all a lot of dollars, bigly dollars, from the Chinese, the Saudis, although he likes the Chinese and the Saudis, and they like him, because they respect his bigly fortune and they love "The Art of the Deal," the bestselling and most critically respected book in history, bigly respected, in business or fiction or any of those other genres, of books.

And if and when Trump does file his paperwork, you know what's going to happen? The idiots in the media -- these stupid media people, what do they know, have they ever closed a deal, do they make any money, are their crappers made of solid gold, beautiful gold -- these idiots are still going to question whether Trump is a "real" candidate. Here are these goons, these data jerks, over at FiveThirtyEight, who are these losers, they've probably never made it with a beautiful woman, they have no billions of dollars: "Why Trump Isn't a Real Candidate, in One Chart" -- this is what the data losers are saying about Trump. This is what the others will say about Trump.

There's another way to look at this: Maybe if you're outside the top 10, and you're losing to Donald Trump, then you're not a "real candidate" either.

The field obviously is in need of some culling. The Iowa straw poll, a traditional early-election winnower, is dead, because nobody cared about it and it was mostly a way for the Iowa Republican Party to make money.

Here's a means of culling, an early "show of organizing" or whatever that people babble on about: If you are not beating Donald Trump by the beginning of August, you should just drop out of the race. Or worse: drop out of public life. It means you are a loser. Did you see that show yesterday at Trump Tower? It was the funniest thing we've ever seen. If you can't beat that, you have no business continuing to run for president.

See you on the trail, losers!