Larry Wilmore: Donald Trump's announcement is "horrible news for our writers -- all the jokes are officially writing themselves"

But great, great news for Wilmore! 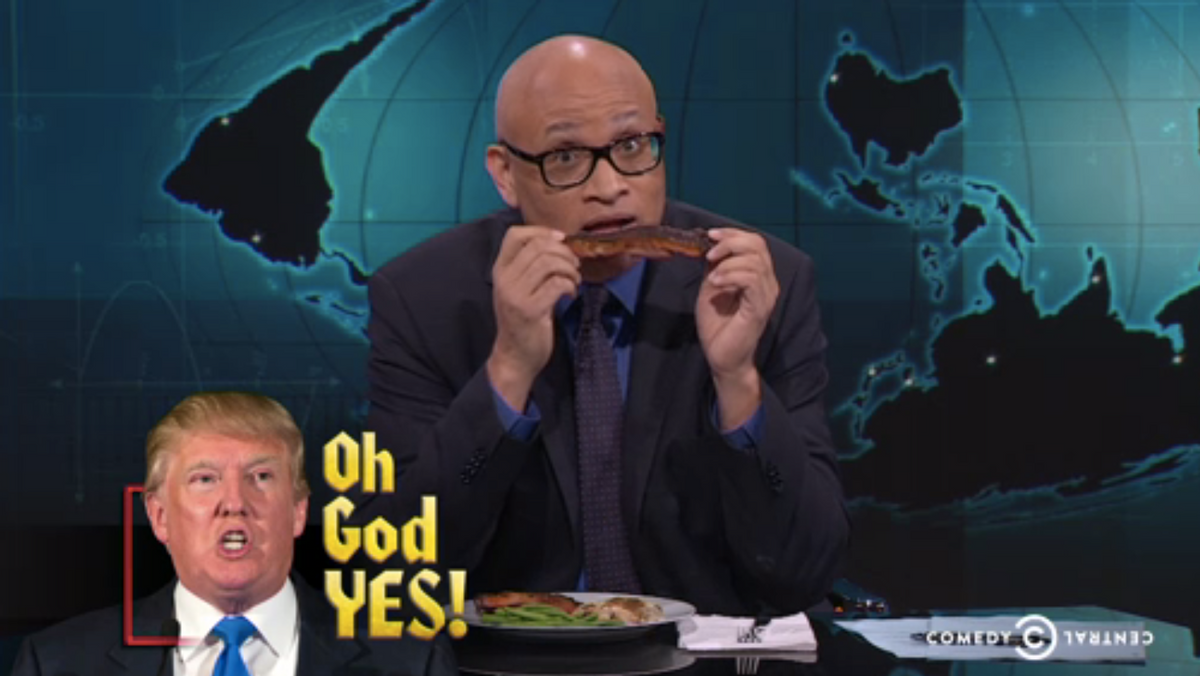 Jon Stewart wasn't the only one bowing down to the comedy gods Tuesday night as Donald Trump officially announced his intentions of running for president. "Nightly Show" host Larry Wilmore, too, was basking in the heavenly glow of the news -- but conceded that a Trump win wouldn't be so heavenly for his team of writers.

"Good news for me, horrible news for our writers," Wilmore said. "...All the jokes are officially writing themselves. Take it up with the Guild, mother*ckers.”

Wilmore also decided to turn the viewing of Trump's rambling speech into a full-blown dinner party and proceeded to chow down on some ribs while unpacking the mogul's takes on ISIS (his hotel-running competitors) and Mexican immigration ("They're bringing drugs, they're bringing crime, they're rapists!").

"Mmm. All too perfect. Mexicans send rapists packed with drugs here!" Wilmore said. "That's who comes to America: guys trying to make a living in the rape game, trying to scrape by enough rape money to send home to the family."