Jon Stewart's Donald Trump addiction rages on: "I'm going through withdrawal — I need me some Donald" 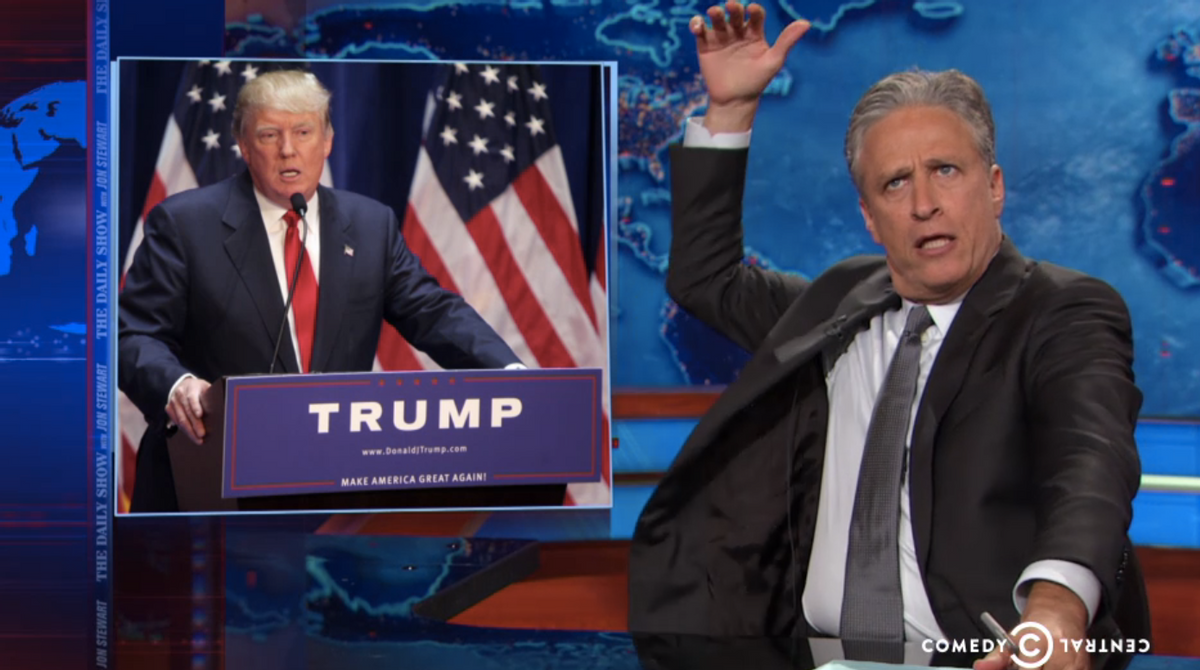 On Wednesday night's "Daily Show," Stewart attempted to dig into the Trans-Pacific Partnership, the 30-chapter document intended to ease trade restrictions among the United States and 11 Pacific Rim nations, but quickly burnt out on the subject.

"I'm sorry, this is boring the shit out of me," he said. "I'm going through withdrawal — I need me some Donald."

The sparkle in "The Daily Show host's" eyes returned as he remembered the gift bestowed upon him from the Comedy Gods just days earlier: Trumpinator 2016.

"The point is this," Stewart began, attempting to tie together the loose ends of the previous TPP segment, "...Our legislative system is complex, and we need a leader who can cut through the bureaucracy and get stuff done. Luckily, I happen to know a guy."

Cut to: Footage of Trump, "the greatest jobs president that God ever created."