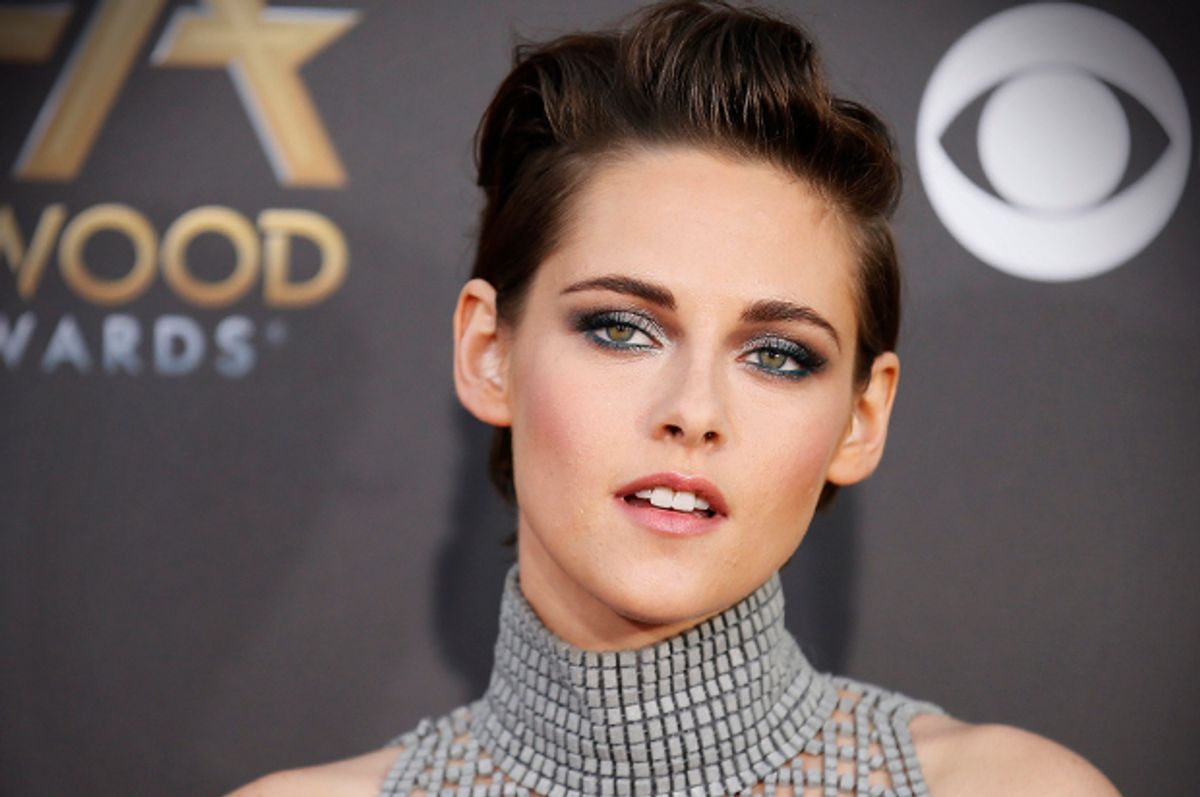 Earlier this week, Kristen Stewart’s mom made news by seemingly outing her daughter in an interview with British tabloid The Mirror, opening up about her daughter’s rumored relationship with her personal assistant Alicia Cargile. "I’ve met Kristen’s new girlfriend, I like her. What’s not to accept? She’s a lovely girl,” Jules Stewart told the Mirror, adding "what’s not to be accepting about her now having a girlfriend? She’s happy.” Jules Stewart also weighed in on her daughter's past relationship with Robert Pattinson, calling them “a great couple” but adding "all the public stuff ruined everything, life became overwhelming.”

Was Jules Stewart just being an embarrassing blabbermouth mom, or was the outing a deliberate PR move from Kristen’s team? Well, according to Jules Stewart, it was neither. Talking to US Weekly, Jules denied speaking about her daughter during the interview. “I spoke to Sharon Feinstein about my film K-11 that has been put on display in the Hollywood Museum,” she said. “It’s currently there under the LGBT banner on the third floor. She also asked me about my views on gay rights, which I was happy to express. Then we talked briefly about the fundraiser I am hosting for TheWolfConnection.org. Never ever did we discuss Kristen!”

Calling a journalist out for fabricating quotes is a big accusation, one that the author of the Mirror piece, Sharon Feinstein, didn't take lightly. In response to Jules Stewart's claims, Feinstein wrote a string of tweets defending herself, as well as implying that she testified about the accusations in the Old Bailey, England’s central criminal court.

In a series of deleted tweets, captured by The Huffington Post, Feinstein also said she planned to upload tapes of the interview she did with Kristen’s mother “to fly the flag for journalists and their integrity" (although, perhaps cowed by her publisher, she ultimately decided against it).
[embedtweet id="610877904969408513"]

Feinsten went on to publish a statement on her blog, writing:

"I am aware that Ms Jules Stewart has stated that her interview with me has been used out of context, that she never discussed her daughter or her daughter’s relationship. That is simply incorrect.I have reported the story as discussed and memorialized during our lengthly and cordial formal interview, which took place on Thursday 11th June. I am disappointed and saddened by her statements to the contrary This was a very positive story and one told by a loving parent. Any statements to the contrary are simply not supported and not true."

Neither Stewart nor her mother have responded to various news organizations’ request for comment, although we expect to hear more about this ugly saga in the coming days.

Still, we better not hear that Kristen Stewart wasn’t actually raised by wolves, but that seems too good to be fabricated, right?