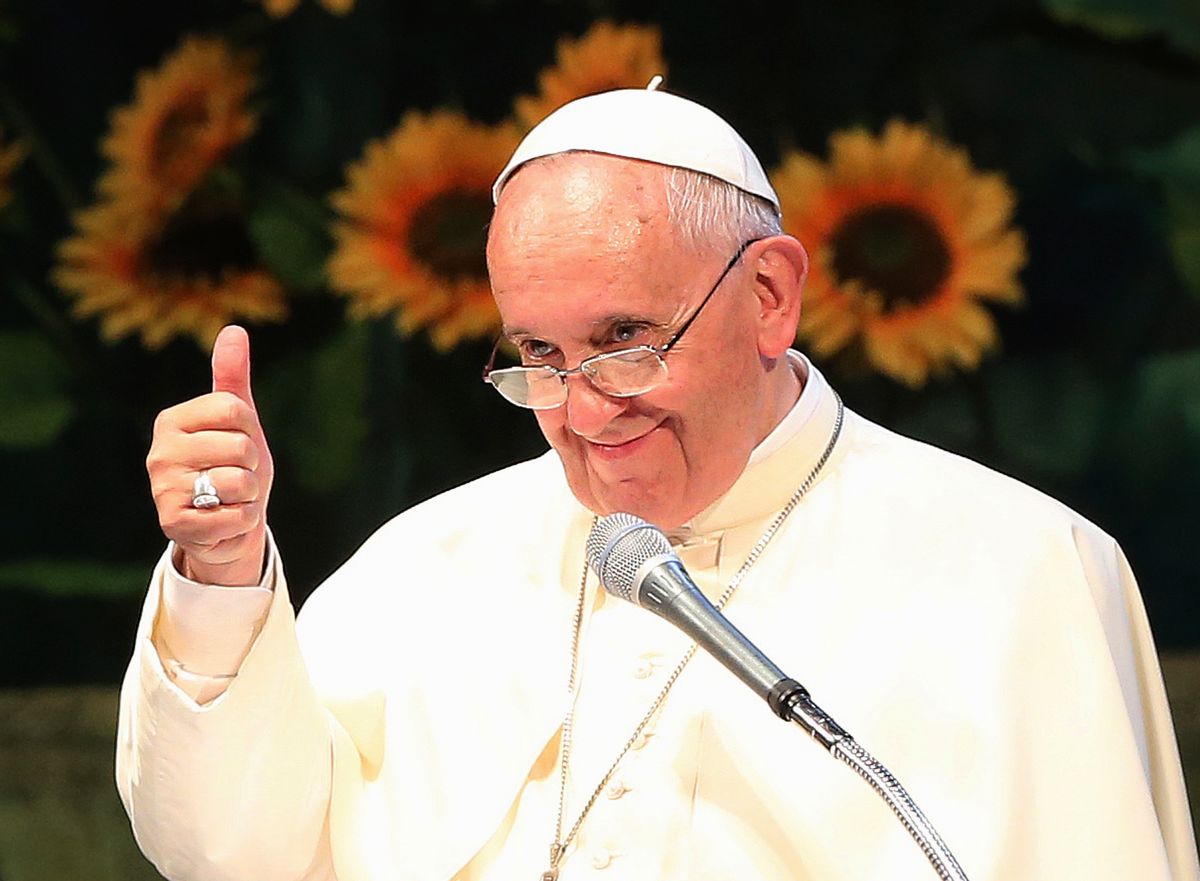 Pope Francis officially dropped his much-anticipated encyclical on the environment, "Laudato Si," Thursday, and it has a lot to say: about man's responsibility to care for creation, about the limits of the market and technology's ability to solve our environmental problems, even about the importance of gender differences (I'll leave the analysis of that one to someone else).

But despite conservative critics' suggestion that the pope "leave the science to the scientists," the 138-page document is notable precisely because it gets the science right: the pope, who does in fact have scientific training, deftly summarizes experts' understanding of climate change in two concise paragraphs -- and even goes so far as to call out specific myths used by climate deniers to cast doubt on the science.

From that solid scientific basis, the pope doesn't pull any punches. "Climate change is a global problem with grave implications: environmental, social, economic, political and for the distribution of goods," the encyclical reads. "It represents one of the principal challenges facing humanity in our day" -- specifically, it continues, its impacts will be felt most acutely by the world's poor in the coming decades.

In the face of all that, the pope demonstrates zero tolerance not just for climate deniers, but for anyone who doesn't appreciate the full, global scope of the problem -- or, as he calls to them, "those who possess more resources and economic or political power" and who "seem mostly to be concerned with masking the problems or concealing their symptoms, simply making efforts to reduce some of the negative impacts of climate change." Conservatives may choose to disagree with the pope's words, but they can't debate the science in which those words are rooted.

The climate is a common good, belonging to all and meant for all. At the global level, it is a complex system linked to many of the essential conditions for human life. A very solid scientific consensus indicates that we are presently witnessing a disturbing warming of the climatic system. In recent decades this warming has been accompanied by a constant rise in the sea level and, it would appear, by an increase of extreme weather events, even if a scientifically determinable cause cannot be assigned to each particular phenomenon. Humanity is called to recognize the need for changes of lifestyle, production and consumption, in order to combat this warming or at least the human causes which produce or aggravate it. It is true that there are other factors (such as volcanic activity, variations in the earth’s orbit and axis, the solar cycle), yet a number of scientific studies indicate that most global warming in recent decades is due to the great concentration of greenhouse gases (carbon dioxide, methane, nitrogen oxides and others) released mainly as a result of human activity. Concentrated in the atmosphere, these gases do not allow the warmth of the sun’s rays reflected by the earth to be dispersed in space. The problem is aggravated by a model of development based on the intensive use of fossil fuels, which is at the heart of the worldwide energy system. Another determining factor has been an increase in changed uses of the soil, principally deforestation for agricultural purposes.

Warming has effects on the carbon cycle. It creates a vicious circle which aggravates the situation even more, affecting the availability of essential resources like drinking water, energy and agricultural production in warmer regions, and leading to the extinction of part of the planet’s biodiversity. The melting in the polar ice caps and in high altitude plains can lead to the dangerous release of methane gas, while the decomposition of frozen organic material can further increase the emission of carbon dioxide. Things are made worse by the loss of tropical forests which would otherwise help to mitigate climate change. Carbon dioxide pollution increases the acidification of the oceans and compromises the marine food chain. If present trends continue, this century may well witness extraordinary climate change and an unprecedented destruction of ecosystems, with serious consequences for all of us. A rise in the sea level, for example, can create extremely serious situations, if we consider that a quarter of the world’s population lives on the coast or nearby, and that the majority of our megacities are situated in coastal areas.