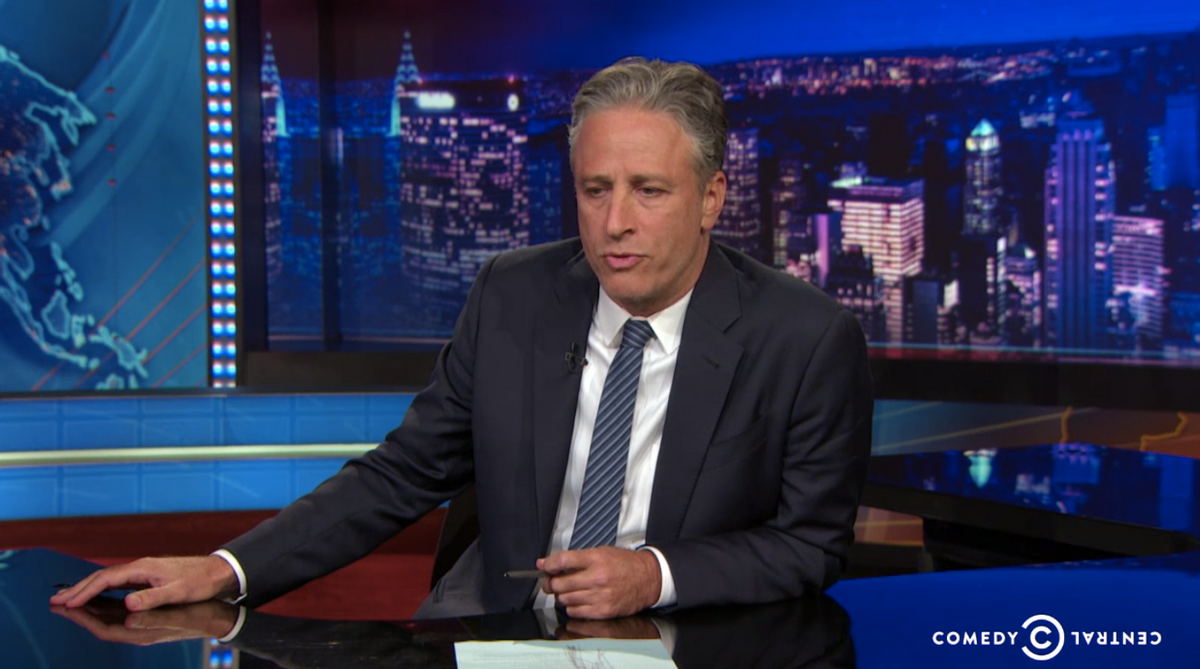 Jon Stewart has one job on "The Daily Show": to make jokes out of the news. But in the wake of a Wednesday night shooting at a historic black church in Charleston, S.C., Stewart said he had no jokes to make. Just a whole lot of sadness.

“I didn’t do my job today. So I apologize,” Stewart told his audience on Thursday's "Daily Show." “I got nothin’ for you in terms of jokes and sounds, because of what happened in South Carolina. And maybe if I wasn’t near the end of the run, or this wasn’t such a common occurrence, maybe I could’ve pulled out of the spiral. But I didn’t. And so, I honestly have nothing, other than just sadness.”