The famed evolutionary biologist doesn't agree with him, but he despises "academic thought police" attacking Hunt 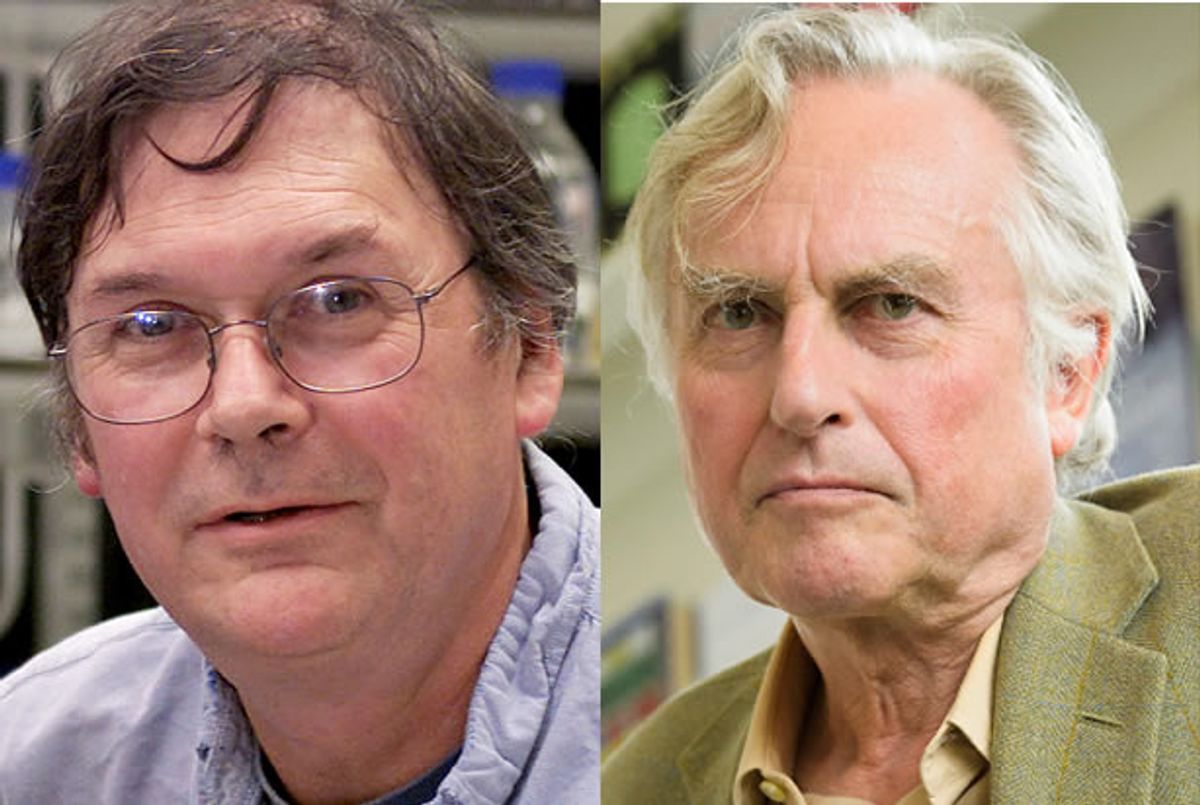 Evolutionary biologist Richard Dawkins wrote a letter to the Times in which he claimed that while he didn't agree with Nobel Prize-winning biochemist Tim Hunt's comments in favor of gender-segregating science labs, the reaction to them has been -- to put it mildly -- "disproportionate."

In a lecture at the World Conference of Science Journalists last week, Hunt said he had "trouble with girls" being in the lab. "Three things happen when they are in the lab," he said. "You fall in love with them, they fall in love with you, and when you criticize them -- they cry."

He later apologized for his remarks, noting that it was "a very stupid thing to do in the presence of all those journalists" -- but astonishingly, in the course of apologizing for saying it, he admitted that he meant really meant what he said, repeating his earlier remarks almost verbatim.

He added that "it's terribly important that you can criticize people’s ideas without criticizing them and if they burst into tears," essentially recapitulating, in their entirety, the very remarks for which he was ostensibly apologizing.

Few would argue that the absurdity of Hunt's performance doesn't warrant mockery, and in his letter, Dawkins even admits -- albeit implicitly -- that it's richly deserved. It's not the mockery itself that bothers Dawkins, only the volume of it.

"Along with many others, I didn’t like Sir Tim Hunt’s joke," he wrote. "But ‘disproportionate’ would be a huge underestimate of the baying witch-hunt that it unleashed among our academic thought police: nothing less than a feeding frenzy of mob-rule self-righteousness."