Stephen Colbert is a Toby Keith fanboy: Watch him make his country singing debut with "As Good As I Once Was"

"Why the hell is Stephen Colbert honoring Toby Keith?" Your questions answered! 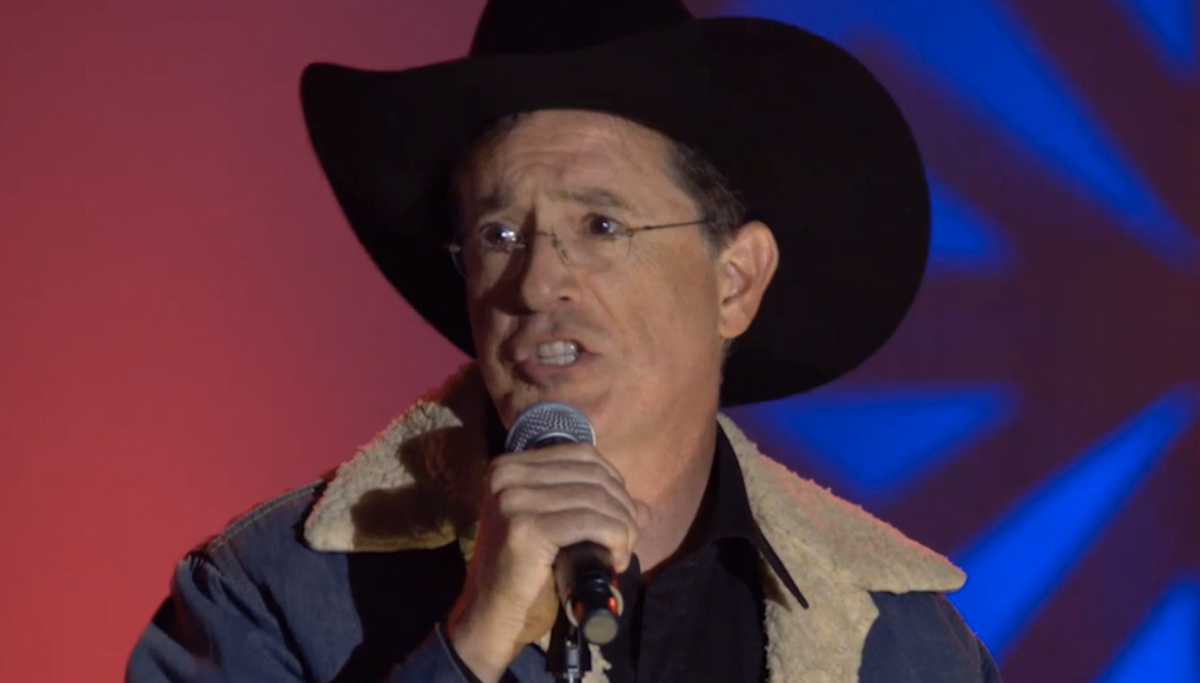 You never quite know what you're going to get with the Songwriters Hall of Fame ceremony, the annual program which honors outstanding achievements in singer-songwriting. In past years, we've seen exclusive mix-tape performances from Drake and a Billy Joel-Garth Brooks duet. In other words, the possibilities are endless.

This year's ceremony certainly didn't disappoint on that front, giving us a surprise Stephen Colbert performance of Toby Keith's "As Good As I Once Was" that was, at once, earnest, silly, twangy and ... kind of good?

Colbert was there to induct Keith, the country singer (and songwriter!), into the Hall of Fame and sported a black cowboy hat and denim jacket for the special occasion. Also, he was just as confused about what he was doing at the event as we all were.

"It's entirely possible there are people asking, 'Why the hell is Stephen Colbert honoring Toby Keith?'" Colbert said during his speech. "Well, I don't know why I was asked to be here tonight, but I will tell you why I showed up: because Toby has always showed up for me."

He continued: "He was one of my earliest musical guests on the show, and I didn't know what to make of the 'Boot in Your A--' guy. But something down deep told me: Just relax, listen to what this man is gonna say and sing, and I just might have a good time."

Watch the performance courtesy of Vulture below: