John Oliver exposes the horrifying world of online harassment: If you don't think it's a big deal, "congrats on your white penis!" 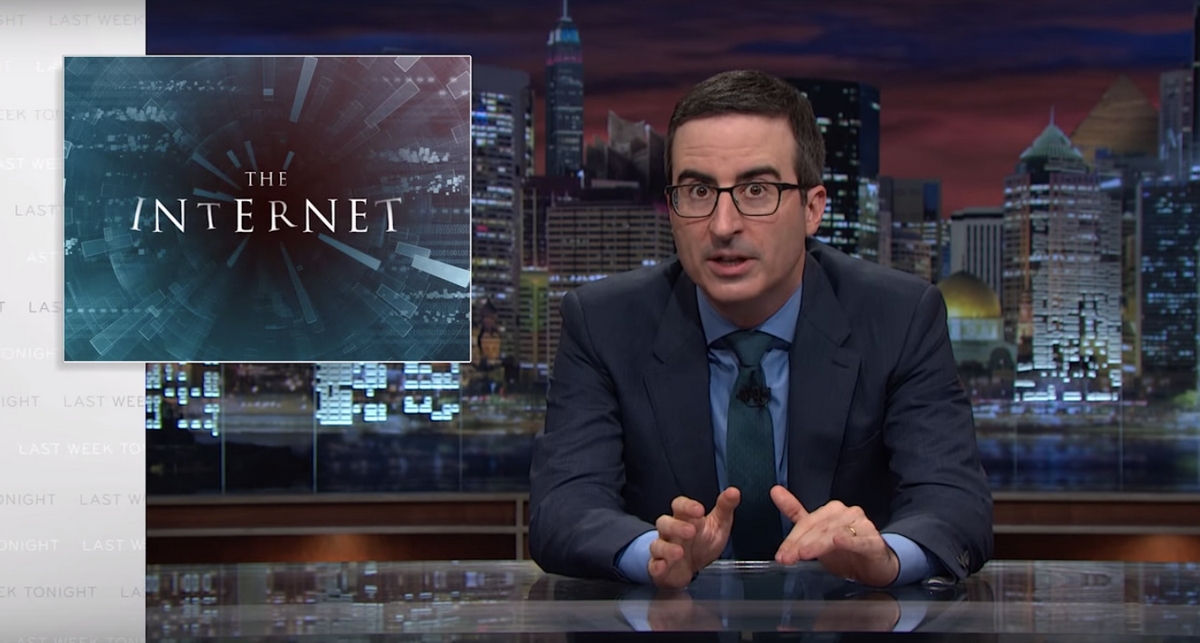 If you don't think Internet harassment is a big problem, "Last Week Tonight" host John Oliver has a very special message for you: "Congrats on your white penis!"

Oliver explained on Sunday's program that the Internet we experience today, "a dark carnival of humanity’s worst impulses," is a far cry from what it used to be.

Just watch one of those ancient AOL commercials, Oliver says. In it, the Internet is depicted as a delightful and safe information-sharing network.

Oliver rolled a montage of women and the horrifying messages they've received: “I am 36 years old, I did 12 years for ‘manslaughter,’ I killed a woman, like you, who decided to make fun of guys cocks," one said.

“This is horrifying for some many reasons,” Oliver explained. “First of all he put ‘manslaughter’ in quotes, like he still doesn’t think it’s a crime. And also he put his age, like he’s writing the world’s worst OkCupid profile. ‘I’m 36 years old. I’ve killed before. And I’ve got a pretty weird shaped penis.'”