The "Morning Joe" panel asked Haley Barbour five times, and each time he denied knowing what was "in his heart" 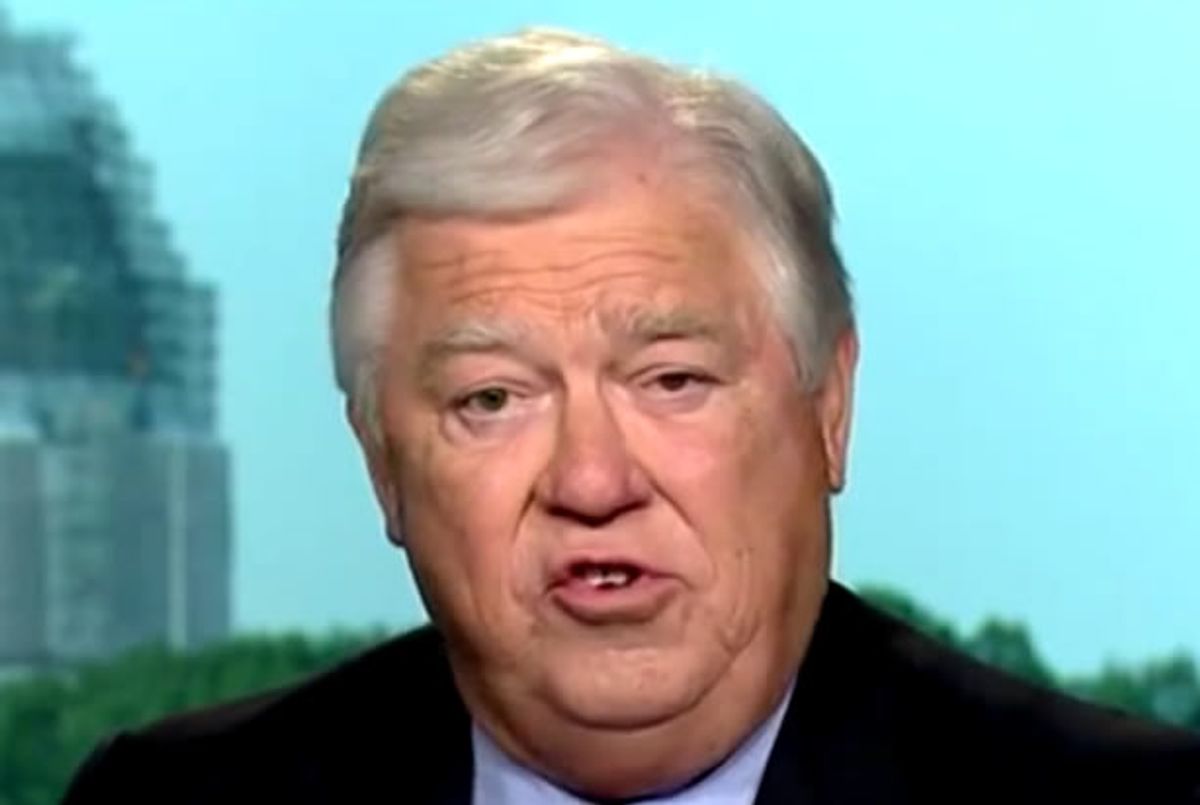 Former Mississippi Governor and Republican National Committee Chairman Haley Barbour was on "Morning Joe" on Tuesday to discuss -- or vehemently refuse to discuss, as the case may be -- South Carolina Governor Nikki Haley's decision to try to remove the Confederate flag from the state capitol grounds, as well as recent rumblings that Mississippi might remove it from its state flag.

Co-host Mika Brzezinski asked Barbour what his position on Haley's decision was, but the former governor refused to admit that he had one. It was, he said, "South Carolina's decision -- that’s who ought to decide how they’re going to decorate their state capitol ground. And that’s their decision, should be their decision."

Washington Post columnist Eugene Robinson was clearly unsatisfied with Barbour's non-answer, so he asked him what his view on the question "as to whether or not it's time to retire that symbol."

"I stated my view," Barbour said, "it's up to the people," adding that "when we did this before, I did not make a public statement about this. I had been Republican National Committee Chairman and I thought anything that I said would be considered as, 'That's the Republican position.'"

MSNBC contributor Mike Barnicle chimed in, reminding Barbour that he's no longer the governor of Mississippi or the Republican National Committee chairman. "What's Haley's Barbour's position on it?" he asked. "What's your position -- personally -- as a resident of Mississippi?"

Barnicle found Barbour's self-deprecation unconvincing, and again asked the former governor what his position on the Confederate flag is.

"My position is anybody that believes those kind of polls needs to learn more about polling," Barbour said, as if Barnicle had asked him about polling. "I would be very interested in who took such a poll and what the question really was."

An exasperated Brzezinski tried one last time to pin Barbour down, telling him that "either you have an opinion in your heart or you don't."

And apparently, he doesn't, as Barbour replied by saying that "in my heart, I have this to say to you, while I was governor of Mississippi, Mississippi became the only state in the country to use state money, taxpayers’ money to build a civil rights museum."

Watch the entire segment with Barbour via MSNBC below.