Jon Stewart calls out Fox News for Charleston hypocrisy: It’s only “politicizing a tragedy” if Fox doesn’t like it 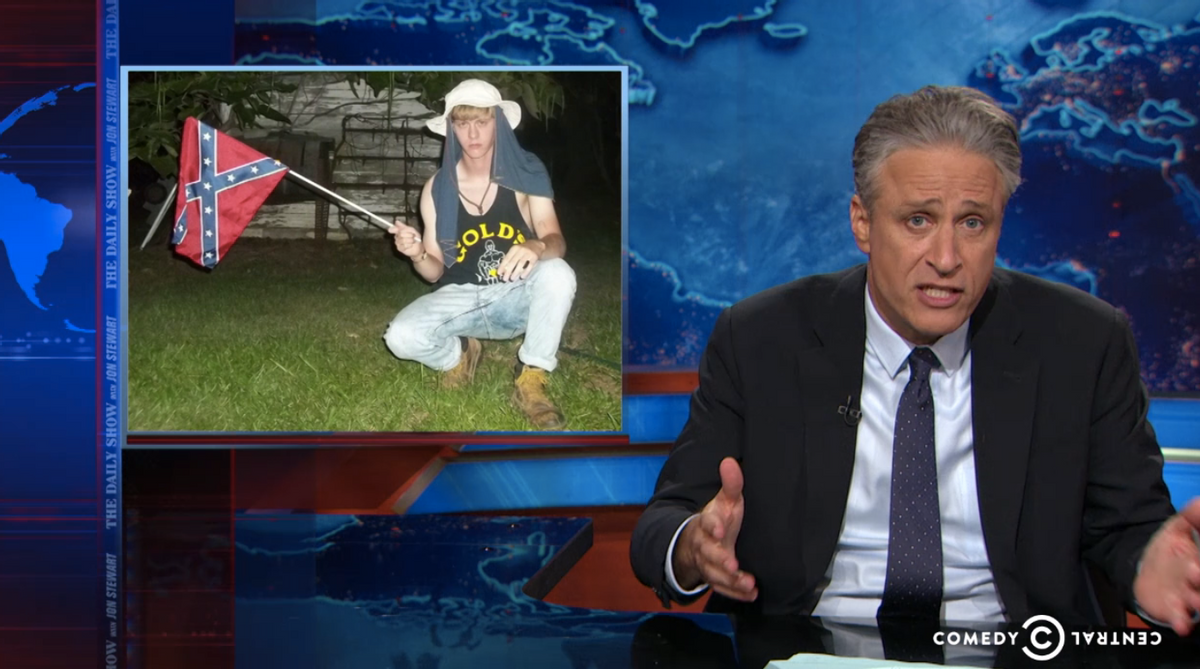 With last week's Charleston, S.C. shooting still fresh on everyone's mind, Jon Stewart used Monday's "Daily Show" to examine some of the right-wing responses (yes, there are more) that have aimed to silence conversation about the state of race relations in America today.

In the days since Dylann Roof’s attack against the Emanuel African Methodist Episcopal Church, Fox News and ringleader Sean Hannity, have been quick to point the finger at liberals for using the tragedy to "advance [their] narrative" -- a "sickness," others have called it.

“Yes, it’s a sickness, this rush to use tragedy to advance your narrative,” Stewart said on Monday's program. “Combine that with an inability for self-examination, an almost comical degree of self-exculpatory rhetoric, flag pins, a little bit of leg, and a complete immunity to irony, you’ve got yourself a full-blown case of Foxabetes.”

"Remind me what happened this past December this year when two New York City cops were tragically killed during a time when people were protesting police shootings against unarmed black men?" Stewart asked. "Talk to me about the restraint Fox used in not advancing their narrative."