This is not a test: Kevin Spacey and Megyn Kelly are developing a TV show together 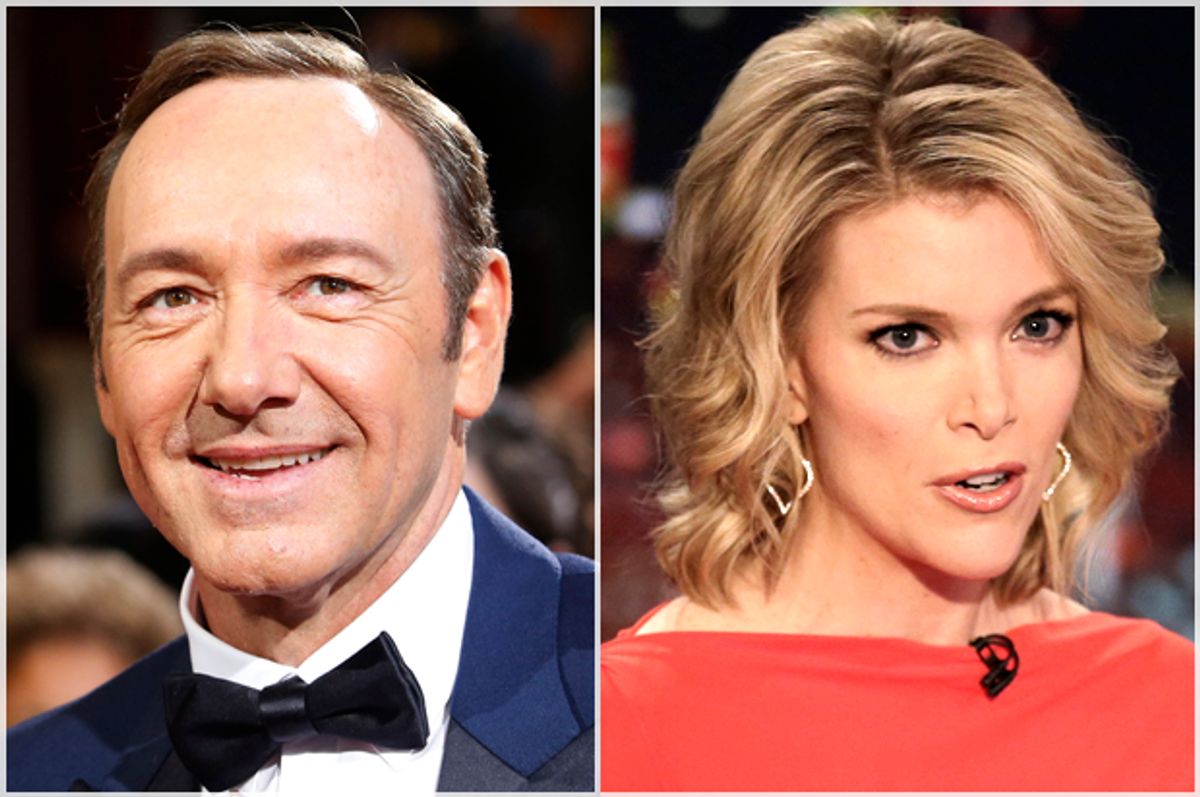 Kevin Spacey's Trigger Street has just signed on for a two-year, first-look deal with Fox 21 and its parent 20th Century Fox TV. First project up: Your new favorite hate-watch -- a cable drama "The Residence" featuring no other than "Fox News'" resident evil genius Megyn Kelly as co-executive producer. You read that correctly.

The project is an adaptation of Kate Andersen Brower's non-fiction book which examines White House residence staff and is inspired by shows like “Downton Abbey,” and its representations of a "class-bound and obligation-ruled prison."

The Hollywood Reporter describes the book series as "[Reading] like a cross between 'Downton Abbey' and 'House of Cards,' follow[ing] the relationships between White House residence staffers and the various First Families that come into the famous address over the course of several administrations." You do the math.

"Kevin and I are always looking to align Trigger Street with entities that understand what we expect to accomplish and how to maximize all resources to produce the best content possible," Dana Brunetti of Trigger Street told HP. "Our past and current projects demonstrate how we do things differently and partner with who we feel are the best at what they do. Trigger Street and Fox have the makings of a powerful team, and we look forward to our upcoming projects.”

This will mark Megyn Kelly's first effort at adapting fiction for TV, if you don't include every single "Kelly File" she's ever done.