"This is starting to feel like a trend": Why Uber's recent court loss matters — but not for the reasons you think 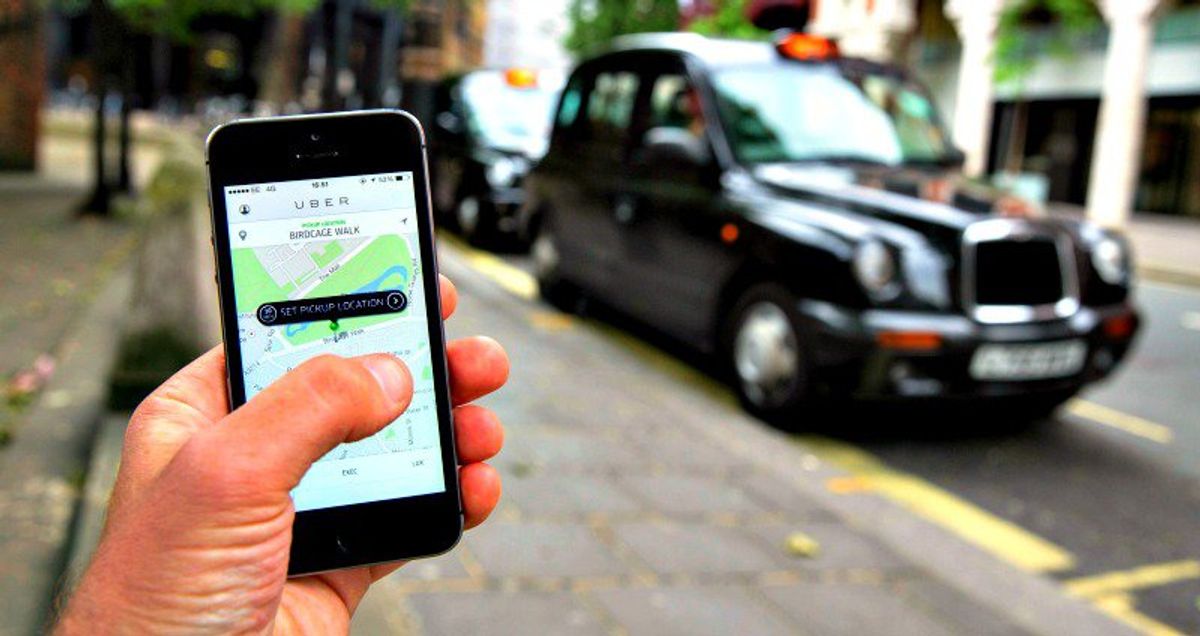 When the news broke last week of the California Labor Commission's ruling that Uber driver Barbara Berwick is not a contractor, as Uber claimed, but rather an employee — and is therefore owed some $4,152 in expenses by Wall Street's favorite start-up — people on both sides of the on-demand economy (or "sharing economy," if you prefer your neologisms focus-grouped so as to improve a new industry's image) got pretty excited.

This was "Uber's worst nightmare," according to a riled-up headline writer over at Slate. The editorial board of the Wall Street Journal, meanwhile, fretted that California regulators were about to "kill" the state's "baby." Even the usually docile Time got in on the act, warning ominously that the new four grand in Ms. Berwick's pocket should strike fear in the hearts of Uber stockholders and those who may want to follow in their footsteps. Could it really be true that one, non-binding ruling from a regulatory board could so thoroughly upend a business model many analysts see as key to the consumer economy's future?

To answer this question, Salon recently spoke over the phone with Benjamin Sachs, Kestnbaum Professor of Labor and Industry at Harvard Law. And while it'd be a mistake to describe the ruling-that-destroyed-Uber as irrelevant, the real state of play for companies like Uber, according to Sachs, is more complicated than most of the responses to the California news would lead you to think. Our conversation is below and has been edited for clarity and length.

I want to start off by establishing, for those who don’t know, what are the differences between an employee and a contractor, in this context?

There are a great number of differences.

If we’re talking about honest to goodness contractors, and honest to goodness employees, there are differences in the ways their work life is structured that the law tries to respect. But it is more important to think about being an employee as a gateway into most of the workplace protections we have in the country: minimum wage, overtime, workplace safety and health, workers’ compensation, unemployment insurance, civil rights acts — these are things that apply to employees, but not to independent contractors. Essentially, employees are entitled to lots of legal protections we've enacted over the years, while independent contractors are not.

A good shorthand way of thinking about this is that an independent contractor is like its own business, and we don’t give businesses these kinds of protections. We don’t give businesses the right to earn a certain amount, or guarantees about safety and the like. So when an independent contractor is really his or her own business, we don’t protect them in the way that we protect employees.

How does the law distinguish between an independent contractor and an employee?

Why does Uber think that these are contractors and not employees?

I don’t necessarily know why Uber does what they do, but their legal arguments are that they’re a technology company that simply provides an app for allowing drivers, as independent contractors, to connect with customer/passenger clients. If all Uber really did was sell an app, or conceivably provided an app and took a cut of the proceeds, they might have a point.

Going back to the definition of an employer-employee relationship as one where the employer has the right to control what the employee does, Uber rejects this notion and claims that the essence of driving for Uber is freedom: you decide when you want to work, and all they’re doing is providing the app. The problem is, the facts that are coming out in these judicial proceedings, which indicate that Uber actually does a lot more than just provide an app — it vets drivers, it sets certain rules, it establishes and monitors criteria for performance, it kicks people off the platform if they don’t meet those standards of performance, it has rules about soft jazz and NPR being played on the radio, and it provides tips on picking people up, etc.

These are things that employers do with respect to their employees, and that’s why we're seeing what feels like a trend in the judicial decisions towards finding that Uber either is an employer of its drivers, or there are sufficient facts suggesting an employment relationship that a jury has to decide to question.

When the Uber ruling was first announced, a good number of media sources framed it as being a big, big deal. Is that true?

There was something in one of the stories I read, which said something to the effect of this is the end of the Uber business model, and that is clearly an overstatement — and not accurate. This is a decision of an administrative body in one state with respect to one driver, and it’s important to pay attention to the limits of what the June 17 holding means.

In my mind, the two most significant legal decisions we have to date on the question of the driver’s employment status are two federal court decisions, also out of California. One was a case called O’Connor v. Uber, another Cotter v. Lyft.

These are more important nationally, and certainly in the state, because there are a lot of drivers involved, they're federal court cases, and their precedential value is greater. Additionally, the holdings in the two cases are essentially the same: there’s enough fact suggesting employment status, and the juries will make the ultimate determination about whether the facts show an employment relationship or an independent contract relationship. The tenor of the opinions seems to suggest that the judges are pretty convinced, as I am, that what we have here is an employment relationship.

The California court’s Uber decision is relevant for maybe three reasons: one, it’s relevant for this driver, and this driver is an employee and is entitled to some damages. Two, it’s significant because it’s in California, and so are the federal cases that are proceeding against Lyft and Uber. (Even though they’re in federal court, they’re still proceeding under California’s employment laws.)  And it’s relevant for a third, slightly more amorphous reason, which is that this is starting to feel like a trend, where decision after decision, Uber simply isn’t winning these cases.

Your point about the two other, less-noticed court rulings has me wondering about something. We often hear that, when it comes to Uber and other new, "on-demand" businesses, there are many "unanswered questions" as to how they're seen by the law. But it doesn't sound like that's necessarily the truth.

That’s a great point, and in some ways it resonates with some language that comes in these federal court decisions, which is a language that’s actually not relevant to or part of the actual judicial holdings. For example, at the end of the Lyft decision, Judge Chhabria said, “as should now be clear, the  jury in this case will be handed a square peg and will be asked to choose between two round holes.” In other words, the test that the California courts have developed over the 20th century for classifying workers isn’t very helpful in addressing this 21st century problem.

So again, it is not part of the holdings of the case. The holdings of the case is that there’s enough facts under the law that we have to allow a jury to determine whether or not Uber is employing these drivers. Do we have a round hole, square peg problem with these employment laws? I’m not so sure. With respect to Uber, and the facts that we have, it seems to me that we have a not so non-traditional employment relationship. And yes, it’s true that the drivers choose when they want to work, it’s true that there’s no one in the cab with them supervising them, but that’s true with regular taxicab drivers, and the fact that you choose when you get to work does not mean you’re not a regular employee.

Is there anything inherent in the Uber technology itself that alters the company's relationship to its drivers?

I don’t see in the actual facts of the Uber case anything that looks so radically new other than the technology itself, which is powerful, important and enhances consumer welfare. But that technology, and the way that cabs are matched with riders, doesn’t change the essence of the relationship between Uber and its drivers, which I see as an employment relationship. So I do think there’s some overstatement here about how much is new, from the perspective of employment law. All that said, I think we might be moving in the direction of new things that we need to think about and we need to worry about and that ultimately state legislatures, even Congress, will have to legislate about.

What would an Uber that perceived its drivers as fully independent actually look like?

There are certainly ways of imagining a different Uber, an Uber that isn’t vetting drivers. An Uber where, for example, all the vetting is done by consumers through the star system, where Uber isn’t setting rules, or doing any of the discharging. You can imagine a technology where that’s all done through consumers. A technology where I log onto the app and I say I want a driver who has four stars or higher, and I get a driver who has four stars or higher. If enough consumers did that, the drivers with less than four stars wouldn’t get work, but it wouldn’t be Uber that was doing the discharging.

So why is that an issue? Well, it regards caring about the most minimal benefits for the drivers: do we not care that they earn less than minimum wage? Do we not care about safety and health? Do we not want to provide for workers compensation or unemployment? Those are policy decisions that ought to be made democratically, and not by courts. That would get us into a different order of things, where we’d have to think creatively. We may be there soon, but in my view, we’re not quite there yet with Uber.